A three-member panel of circuit judges gave U.S. border officials permission on Friday to use a Trump-era emergency policy to swiftly expel unaccompanied migrant children from American soil without a court hearing or an asylum interview.

Judges Gregory Katsas, Neomi Rao and Justin Walker of the U.S. Circuit Court in Washington, D.C. paused a lower court order that had blocked the government from expelling children apprehended along U.S. borders without their parents or legal guardians. All three judges were appointed by former President Trump.

While U.S. border authorities can resume expelling unaccompanied children, it’s unclear if the Biden administration will choose to do so. Representatives for the Department of Homeland Security and its sub-agency, Customs and Border Protection, did not immediately respond to requests to clarify their plans. The Department of Justice declined to comment on Friday’s order.

In March 2020, the Centers for Disease Control and Prevention (CDC) allowed U.S. immigration authorities to expel all unauthorized border-crossers, regardless of their age or intention to seek asylum, saying the sweeping policy was needed to avert COVID-19 outbreaks inside migrant holding facilities and border communities.

Three former Trump administration officials told CBS News that former CDC director Robert Redfield signed the policy under pressure from the White House and over objections from experts in his agency who believed the broad restriction lacked a sufficient public health justification. 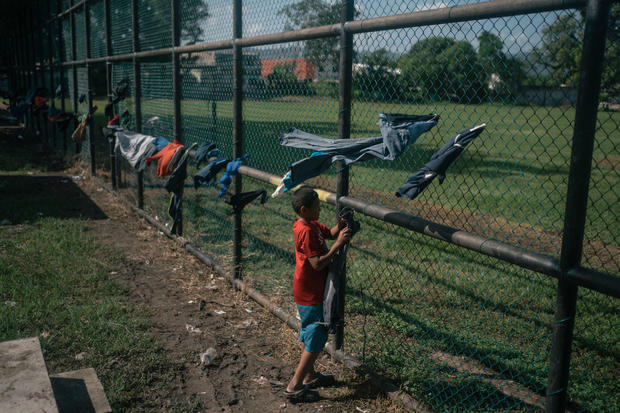 In his November order, Sullivan said the policy of expelling unaccompanied minors violated several legal safeguards Congress established to protect them from violence, persecution and trafficking. Under U.S. law, these children are protected from expedited deportations and are supposed to be promptly transferred out of Border Patrol faculties and into shelters overseen by the U.S. Office of Refugee Resettlement.

“We will continue to litigate this case on behalf of these vulnerable unaccompanied children, who are in need of protection and legally entitled to apply for asylum,” Gelernt told CBS News. “But we hope the Biden administration will not make ongoing litigation necessary by rescinding this illegal policy created by the Trump administration.”