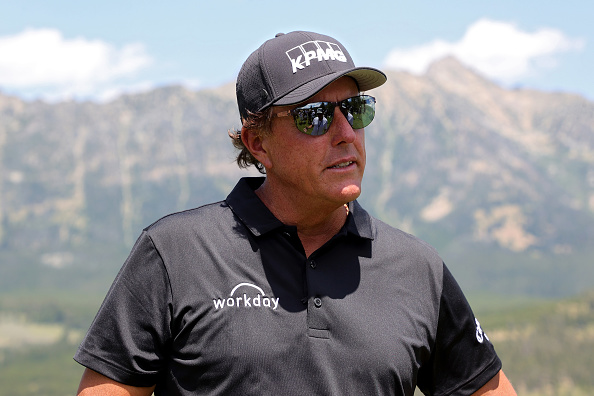 Defending champion Phil Mickelson has withdrawn from the upcoming PGA Championship after deciding to extend his hiatus from golf.

The 51-year-old has not played in a tournament since February after receiving criticism for comments about the Saudi-backed Golf series and accusing the PGA Tour of greed.

Mickelson made history in the PGA last year when he won at Kiawah Island to become the oldest champion in 161 years of the majors.

The American, who has won six majors in total, met the deadline to play in next week’s PGA Championship but his manager revealed last week there was some doubt over his appearance.

Tournament organisers have now confirmed their reigning champion has pulled out, writing on social media: ‘We have just been informed that Phil Mickelson has withdrawn from the PGA Championship.

‘Phil is the defending champion and currently eligible to be a PGA Life Member and we would have welcomed him to participate.

‘We wish Phil and [wife] Amy the very best and look forward to his return to golf.’

Mickelson is just the third PGA champion not to defend his title in the last 75 years, following Tiger Woods in 2008 and Ben Hogan in 1949.

In February, Mickelson said he regrets his ‘reckless’ comments about a proposed Saudi-backed breakaway league.

He said: ‘Although it doesn’t look this way now given my recent comments, my actions throughout this process have always been with the best interest of golf, my peers, sponsors, and fans.

‘There is the problem of off-record comments being shared out of context and without my consent but the bigger issue is that I used words I sincerely regret that do not reflect my true feelings or intentions.

‘It was reckless, I offended people, and I am deeply sorry for my choice of words. I’m beyond disappointed and will make every effort to self-reflect and learn from this.’

Southern Hills Country Club in Oklahoma will host its fifth PGA Championship from May 19-22.