Moving forward. Delilah Belle Hamlin got real about the ups and downs she faced throughout 2021 shortly before news broke of her split from boyfriend Eyal Booker.

Celebrity Splits of 2022: Stars Who Broke Up This Year

The model, 23, shared an inspiring quote via Instagram on New Year’s Day along with a lengthy caption about what she experienced over the past 12 months.

“2021, You changed my life. You broke me,” Lisa Rinna and Harry Hamlin‘s daughter wrote. “But thank you for pushing me to do things I would have never been able to do. Thank you for all of the opportunities you’ve given me. Thank you for showing me disease so I could be at ease instead. Thank you to everyone who was on this journey with me. What a transformative year it has been.”

Her candid message accompanied an excerpt originally shared by the Instagram account @moonomens and attributed to author Rashi Sanghavi.

The passage continued: “This was a year of spiritual awakening. I realized not all things matter in life, but the things that do I must hold on. This year I warred with myself. Above all, this year I survived.”

In the comments, the 58-year-old Real Housewives of Beverly Hills star dropped a string of red heart emojis.

Us Weekly confirmed on Monday, January 10, that Delilah Belle and Booker, 26, called it quits after more than two years of dating. The twosome were first linked in April 2019 and confirmed their romance the following month. 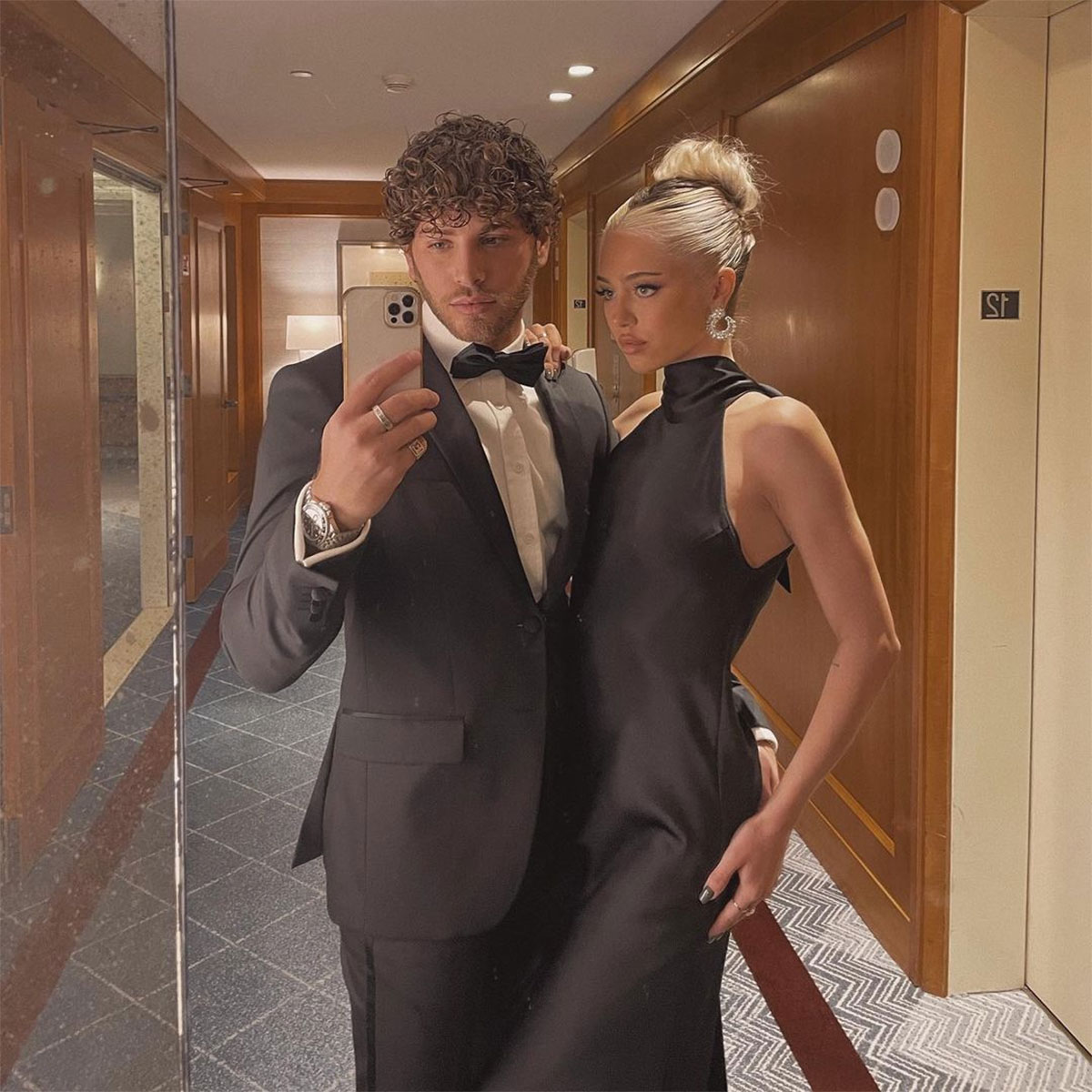 Before their breakup made headlines, the California native seemingly shared her last Instagram photo with the Love Island alum in November 2021. “Attending my first ever wedding for the beautiful @ivygetty so naturally I had to dress up.. but OH MY YOU LOOKED INSANE I HAD CHILLS,” she captioned a mirror selfie with her then-beau.

Booker celebrated Christmas with the Hamlins, shortly after Delilah Belle opened up about experiencing a series of health struggles throughout 2021, including her battles with Pediatric Autoimmune Neuropsychiatric Disorders Associated with Streptococcal Infections (PANDAS), Epstein-Barr virus and encephalitis. Amelia Gray Hamlin‘s sister also told her social media followers that she sought treatment after being over-prescribed Xanax.

“I wasn’t like a drug addict,” she explained during an emotional Instagram video last fall. “But my body was dependent on it because of how much the doctor had prescribed me.”

Stars Who Revealed They Got Sober

At the time, Booker showed his support in the comments, gushing, “I love you & know you will get better. Day by day ❤️. So proud of you for continuing to fight xxxx.”

The pair were forced to date long-distance throughout the coronavirus pandemic, a source exclusively told Us in November 2021, noting that “travel restrictions” made it hard for the twosome to spend time together. However, the U.K. native was Delilah Belle’s “rock” amid her health scare.

“[Eyal]’s been super supportive all along,” the insider said. “It’s been hard on him too but he’s 100 percent there for her.”

If you or someone you know is struggling with substance abuse, contact the Substance Abuse and Mental Health Services Administration (SAMHSA) National Helpline at 1-800-662-HELP (4357).