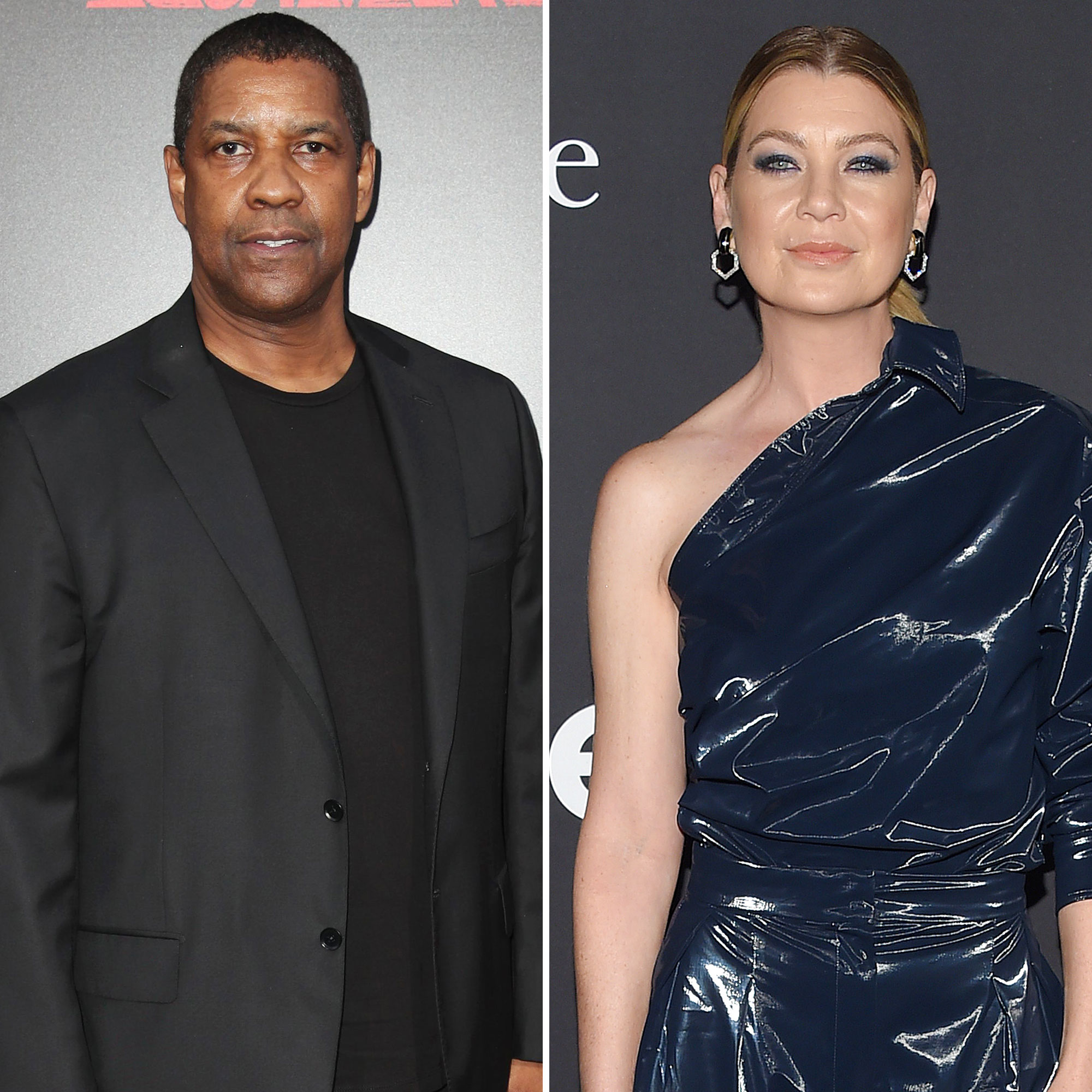 What fight? Denzel Washington said he doesn’t remember anything about his alleged clash with Ellen Pompeo on the set of Grey’s Anatomy.

When asked about the rumored fight recently, the Oscar winner, 67, claimed he can’t recall the day he supposedly blew up at the actress, 52, while directing a 2016 episode of the ABC medical drama. “No, no,” he told Variety in an interview published on Thursday, January 6. “But it’s all good.”

Last year, the Massachusetts native claimed that she got into a “fight” with the Fences actor after she tried to offer direction to a costar.

“I was like, ‘Look at me when you apologize. Look at me.’ And that wasn’t in the dialogue. And Denzel went ham on my ass,” she said during a September 2021 episode of her “Tell Me With Ellen Pompeo” podcast. “He was like, ‘I’m the director. Don’t you tell him what to do.’ I was like, ‘Listen, motherf—ker, this is my show, this is my set. Who are you telling?’”

The Old School star added that Washington was one of the reasons she decided to stay with the show after costar Patrick Dempsey left in 2015.

“Denzel’s a movie star, he doesn’t know s—t about directing TV. But [producer and costar] Debbie Allen was like, ‘What can I do to keep Ellen interested? What can I do to keep Ellen here?’” Pompeo recalled. “And Debbie was like, ‘No, no, no, you gotta stick around. I’m gonna bring in a surprise for you,’ and she would never tell me who it was but she knew I was a huge fan.”

The Training Day star signed on to direct the season 12 episode “The Sound of Silence” in part because his wife, Pauletta Washington, is a huge fan of the series. Nearly six years later, the episode is still Denzel’s only TV directing credit.

During the Tony winner’s brief time on the Grey’s set, his wife, 71, came to visit — and Pompeo didn’t hesitate to tell her what went down.

Over 100 Episodes! TV Hits That Made the Triple-Digit Milestone

“I was like, ‘Yeah, he yelled at me today. Yeah, he let me have it today, and I am not OK with him and I’m not looking at him and I’m not talking to him,’” the Friends alum recalled on her podcast, adding that she still “love[s] the guy” despite their tension.

“So, we didn’t get through it without a fight, but that’s actors for you,” she said, noting that the duo made amends after the incident. “Passionate and fiery and that’s where you get the magic.”