Return of Escape to the Chateau! Dick and Angel Strawbridge tease new spin-off as they share behind-the-scenes snap from filming

Dick and Angel Strawbridge have delighted fans by sharing a behind-the-scenes snap as they film their new spin-off from Escape to the Chateau.

With the final episode of the programme airing in December, many viewers were left devastated.

However the couple have now shared a sneak peek at their latest plans, posting on Instagram: ‘We are busy filming our new series for Channel 4. “Escape to the Chateau: Secret France” will be on your screens later this year – we can’t wait to share our discoveries with you!’ 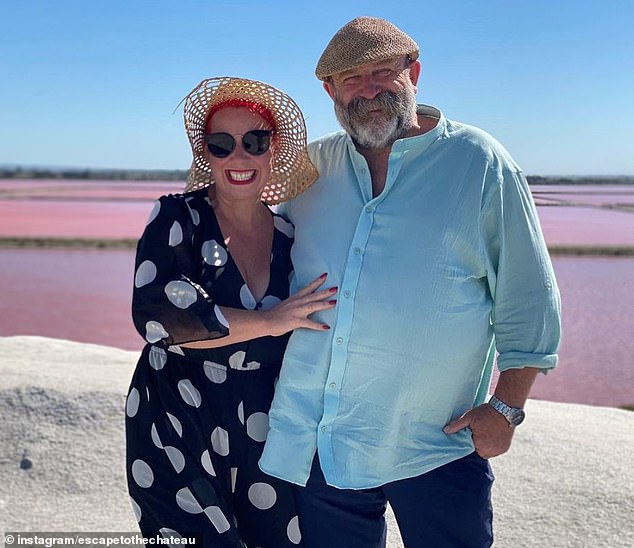 In the snap shared alongside the post, Dick and Angel beamed at the camera while posing in front of some pink fields.

The snap appeared to have been taken in the summer months, with Angel donning a black and white polkadot wrap dress, straw hat and sunglasses.

In a statement at the end of last year, Channel 4 announced the new series, saying: ‘For those who have followed the family’s journey, fear not: Channel 4 has commissioned Escape to the Chateau: Secret France due to air in 2023, which will follow Dick and Angel’s adventures as they unlock the mysteries of the country.’

Their show Escape to the Chateau became one of the channel’s biggest hits when it started airing in 2016, with many tuning in to see Dick’s handiwork and Angel’s creativity when transforming their home. 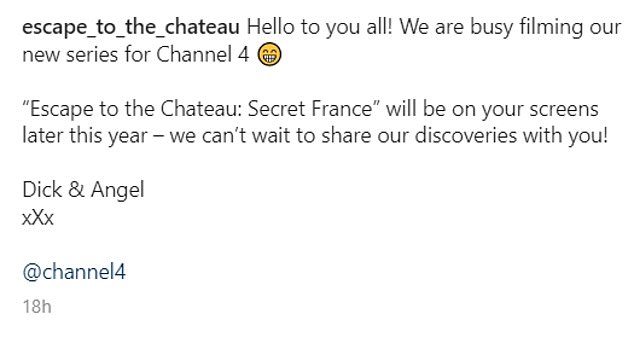 The couple have now shared a sneak peek at their latest plans, posting on Instagram that they ‘couldn’t wait to share their adventures’ with fans

The series was coined in 2014 after an executive at Spark Media heard that Angel and Dick were leaving their two- bedroom flat in Southend, Essex, for a new life in France.

After searching for the chateau for four years, the pair bought the sprawling 19th century building in 2015 after swapping their two-bed home in east London.

The villa is called Chateau-de-la-Motte Husson and it is in the picturesque Loire region of North West France around 200 miles from Paris.

The series was full of arguments and tiffs over stressful renovations, precious moments with their children Arthur, nine, and Dorothy, eight and creating happy memories with newlyweds. 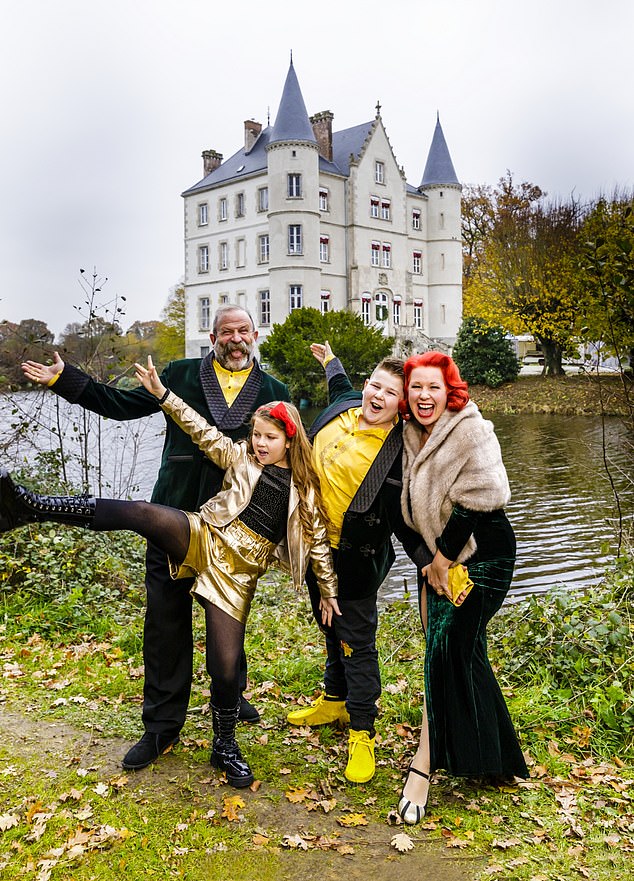 The couple bought the run-down 45-room chateau for just £280,000 in 2015, with Channel 4 launching a popular series following the transformation in 2016

The chateau has since been valued at £2million but the couple have also cashed in through TV rights from Channel 4 for the series and its day-time spin off.

They have a separate ‘Chateau Products’ team based in Swindon, Wiltshire, to deal with all the merchandise inquiries.

An insider previously told how the couple had a master business strategy, saying: ‘They are running the hottest wedding venue in France and they are coining it in. 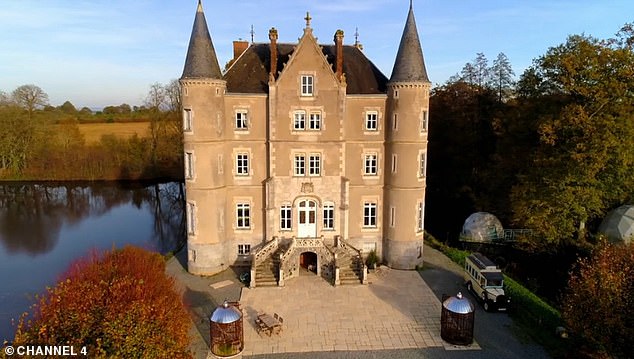 ‘The TV show is an hour long free advert for their various ventures every week on prime-time TV.

‘Viewers have bought into the idea they do everything on the cheap thanks to Dick’s skills as an engineer and builder and Angel’s talent as a designer.

Dick and Angel announced the news the series would come to an end in September last year. 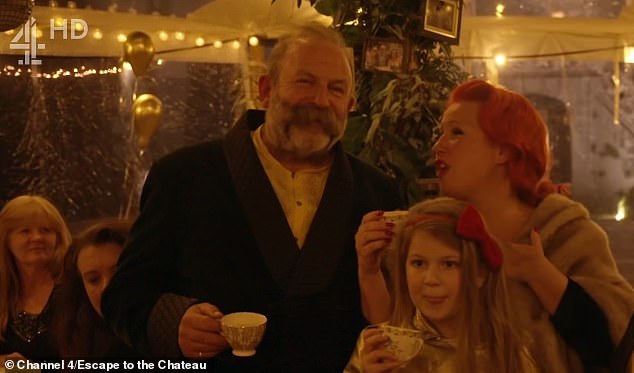 In a statement, they said: ‘Escape to the Chateau has been our family journey; our decision to buy a Chateau with no water, electricity, heating or sewage has taken us on the adventure of a lifetime and we could never have imagined what would unfold.

The good, the bad and the ugly…we have cherished every second and love that we have a visual record to show Arthur and Dorothy (their children) when they’re older.

‘We’re so grateful to everyone who continues to support us and we’re looking forward to what the future holds. As one Chateau chapter ends, so another Chateau story begins…’

The final show saw the family and viewers weeping alike, with many tuning in for the last ever Christmas special last month.