A team of divers appeared to find the source of an oil spill in the Gulf of Mexico on Sunday after a miles-long oil slick appeared in the wake of the mammoth Hurricane Ida.

Talos said two smaller pipelines were found in the area that were open and seemingly abandoned, although it’s unclear if oil had leaked from them.

The Associated Press first reported last week that aerial photos showed a wide oil slick on the surface of the water about 2 miles off the coast of Louisiana. The slick appeared to stretch at least 12 miles and clean-up crews rushed to the area to try and figure out where the oil was coming from. 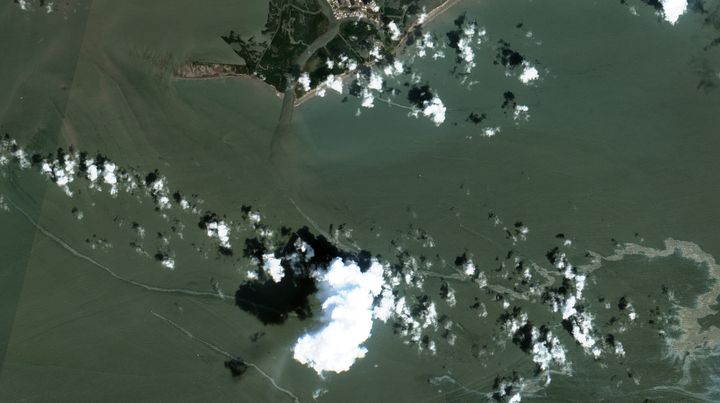 The spill appears to have stayed out at sea and has not yet washed ashore. It’s unclear how much oil may have leaked from the pipeline and if it threatens any wildlife. Talos told the AP in a statement that new oil on the surface had diminished over the past two days and there was no heavy crude seen during the past 24 hours.

The broken pipe is in shallow water, the AP notes, sitting about 34 feet below the surface.

Hurricane Ida made landfall in Louisiana last week as a Category 4 monster, packing 150 mph winds and causing widespread destruction across the state before it moved inland. Dozens of deaths have been linked to the storm, including many in New York, New Jersey and other northeastern states that suffered under torrential rain, flooding and tornadoes.

The Gulf of Mexico is home to many oil and gas drilling projects. The Biden administration said this month that it would open millions of acres to further exploration in compliance with a court order mandating the government do so.

The auction will encompass some 80 million acres of water along the Gulf of Mexico, and the sale of leases could result in more than 1.1 billion barrels of crude oil production, Reuters notes.