Home » Lifestyle » Doting Dad! Alex Rodriguez Says His Daughters Are 'the Best Part of Me' 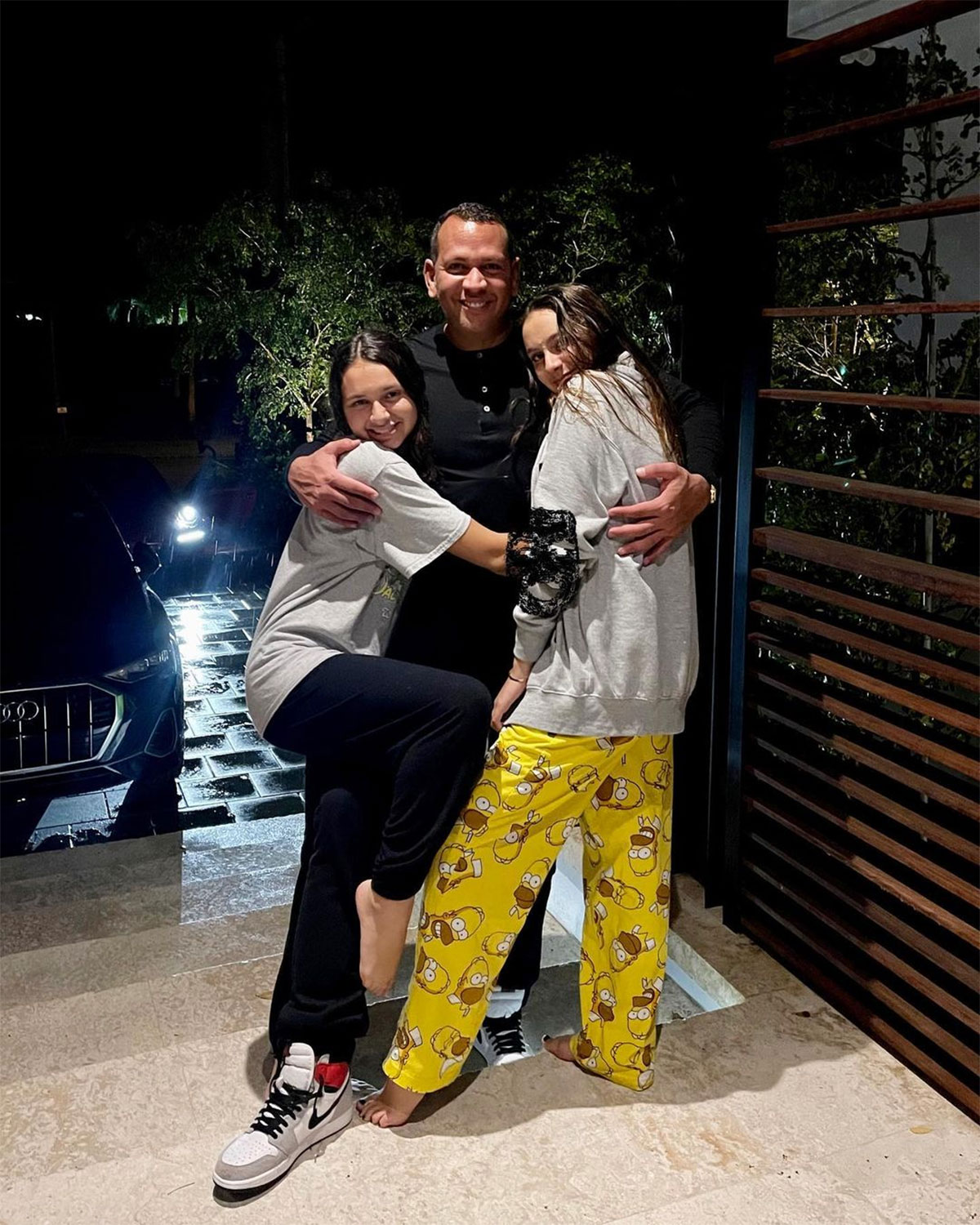 A devoted dad. Alex Rodriguez shared a sweet family photo with his daughters, Natasha, 16, and Ella, 13, on Wednesday, September 1.

The former professional baseball player, 46, posted an Instagram snap with his daughters — whom he shares with ex-wife Cynthia Scurtis — hugging outside their house at night.

“The best part of me 💙💜,” the former Yankees player captioned the post.

The entrepreneur frequently posts daddy-daughter snapshots via his social media page, whether it’s a family date night or a special birthday tribute.

A-Rod and Cynthia Scurtis’ Ups and Downs Include Cheating Accusations

“That number has meant a lot to me over the years, but today, it’s even more special than ever,” Rodriguez captioned an Instagram video in honor of Ella’s birthday in April. “I just can’t believe my Ella Bella turns 13 today. My baby girl is officially a teenager!! Ella – everyday you amaze me more than I could have ever imagined. You are smart, mature, talented, caring, and funny. I am so proud of the young woman you are becoming and so lucky and grateful to be your dad. I love you so much. ❤️”

Weeks earlier, the Shark Tank alum opened up about gratitude via Instagram, alongside a throwback photo with his daughters in the Yankees dugout. “Every day, I’m grateful. For my health, family, friends and life’s many blessings. 💙❤️,” he wrote at the time. 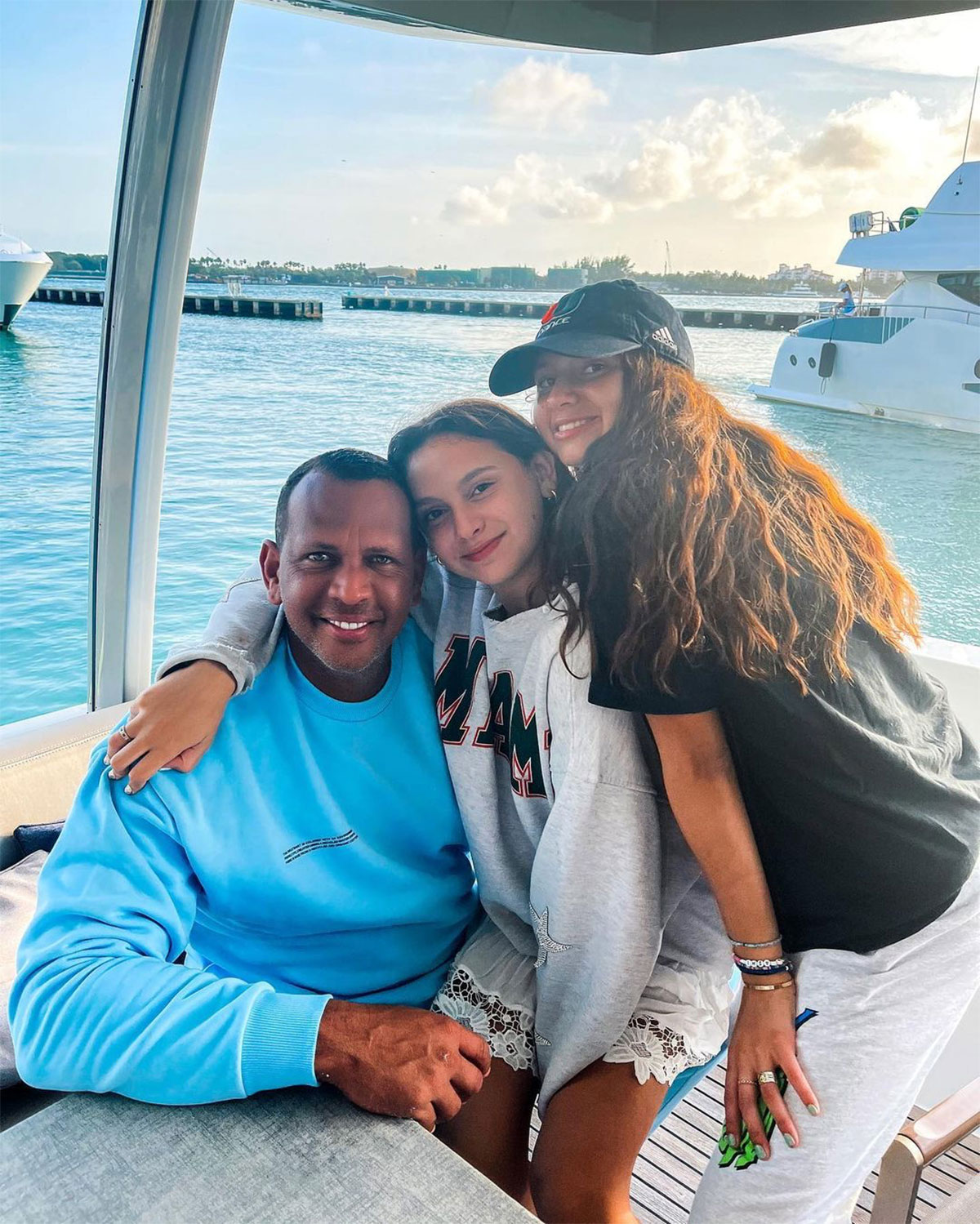 While Rodriguez and Scurtis, 48, didn’t end their marriage on the best of terms at the time, they’ve since gotten closer as coparents.

“Alex and his ex are just good friends and work well at coparenting,” a source exclusively told Us Weekly in June. “He has a lot of respect for her husband [Angel Nicholas] and they’ve gotten closer as friends. Cynthia and Alex’s relationship started off very messy, but they’ve certainly got closer in the past year or so.”

The former MLB athlete was married to the teacher from 2002 to 2008 before Scurtis filed for divorce.

Years later, the pair were on better terms, even smiling for photos taken at their daughter’s Parent-Teacher Day at her school in March 2017. The photos were taken shortly before he confirmed his relationship with Jennifer Lopez, whom he split from earlier this year.

Rodriguez later opened up about his relationship with the “Jenny From the Block” singer, 52, and how he and his children were moving forward.

“I had five years of an incredible life and partnership and also with my daughters, we learned so much,” he told Entertainment Tonight in August. “And now we have the opportunity to take that and move forward and say, ‘You know what? We’re so grateful for the last five years, how do we make the next five years better because of lessons learned?’”

He continued, “So I’m in a great place. I’m so grateful for where God and the light has really put me, and I’m really looking forward. Mostly to see how my girls keep developing.”