Elon Musk’s 18-year-old child reportedly filed to change their name months ago in an ongoing effort to cut ties with the Tesla CEO.

The teenager, who was given the name Xavier Musk at birth, legally requested their moniker be changed to Vivian Jenna Wilson, according to TMZ. The name Wilson is the maiden name of the teen’s mom, Justine Musk.

The documents were reportedly filed in April, shortly after their 18th birthday. An alleged screenshot has been circulating via Twitter.

The paperwork lists their reason for the name change as “gender identity and the fact that I no longer live with or wish to be related to my biological father in any way, shape or form.”

The hearing will take place on Friday, TMZ reports. 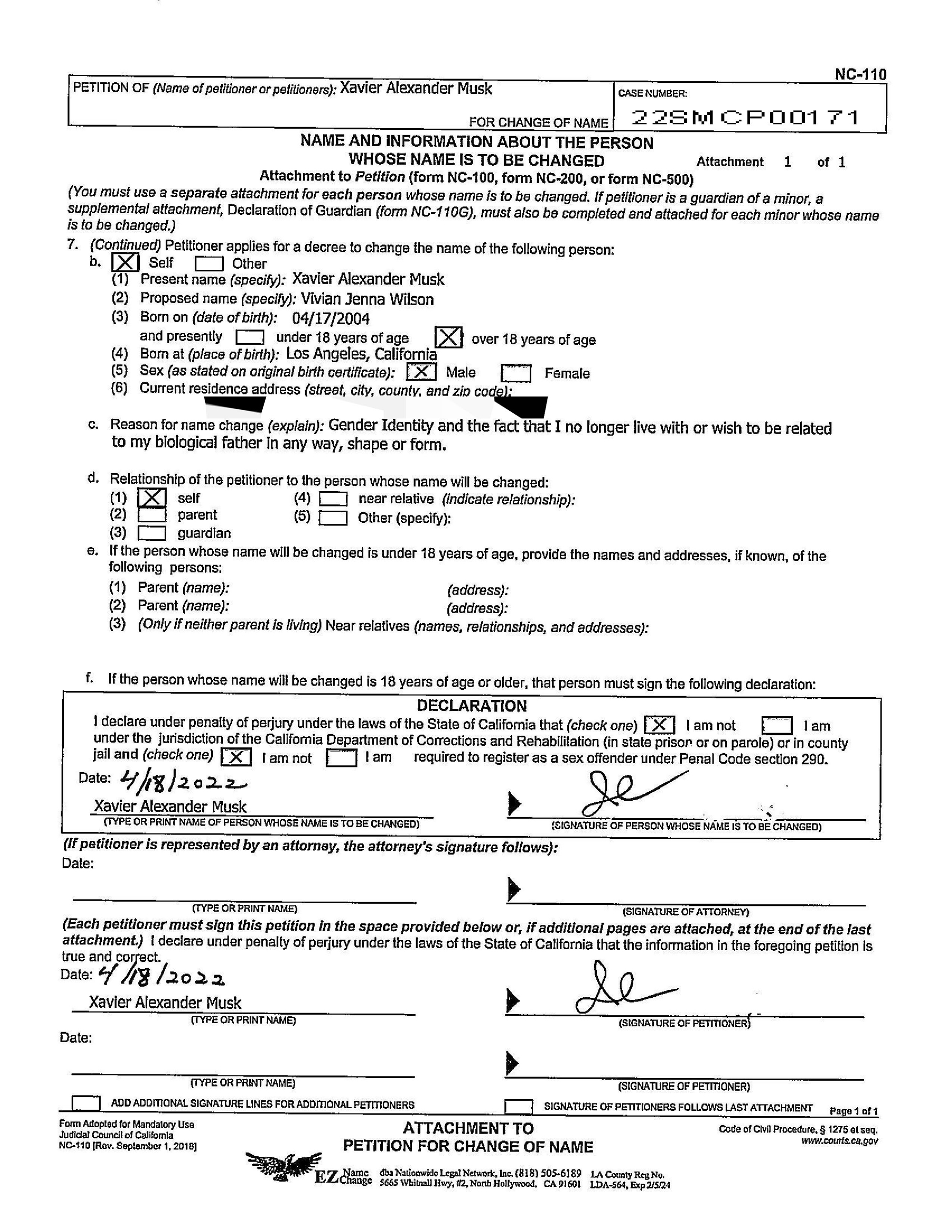 The 50-year-old SpaceX founder, who has yet to comment on the filing, shares his child and her twin brother, Griffin, with ex-wife Justine.

The former couple are also the parents of triplets Kai, Saxon and Damian, 16. 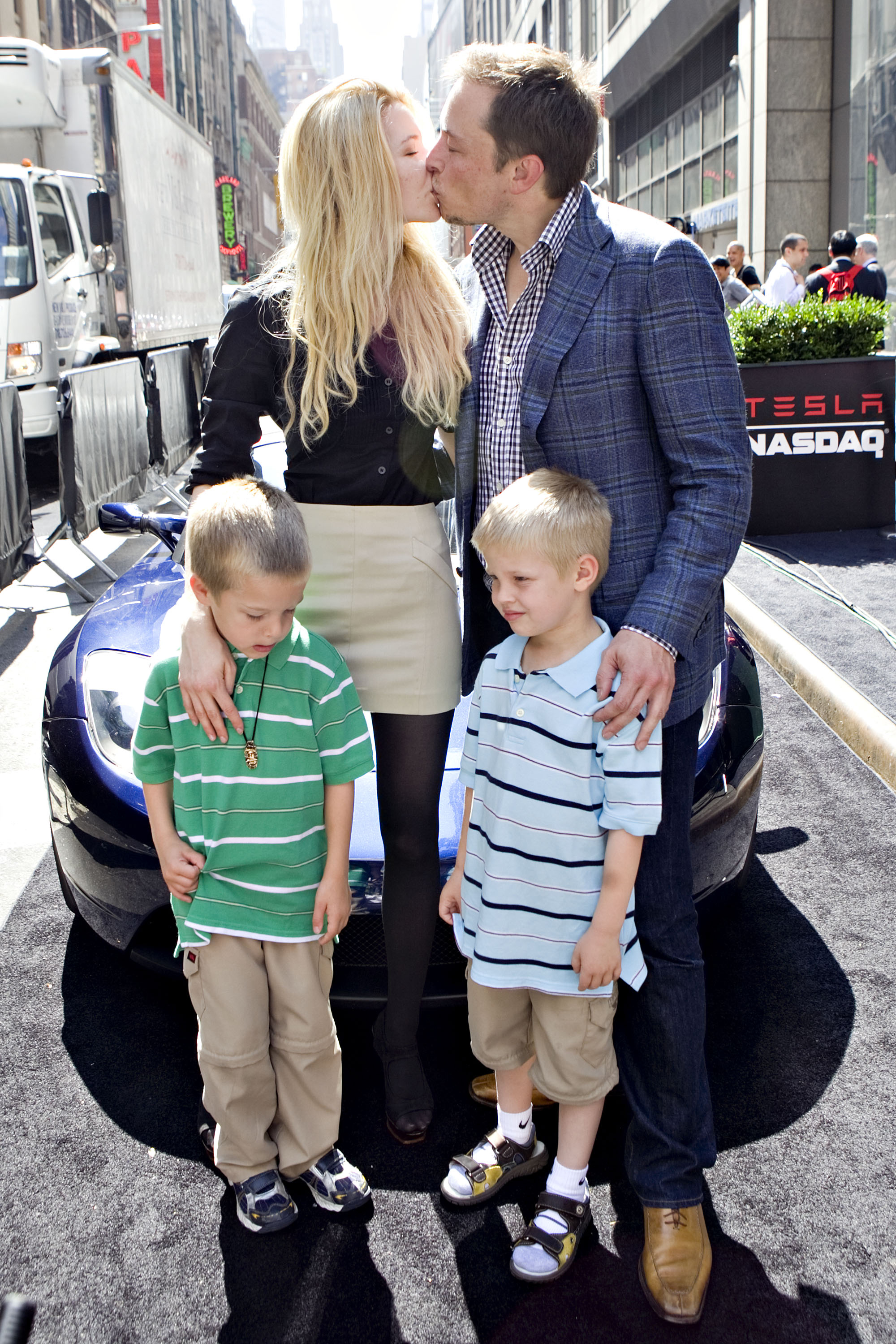 Elon has remained relatively private about his kids’ lives over the years and has never publicly described his relationship with his eldest child. 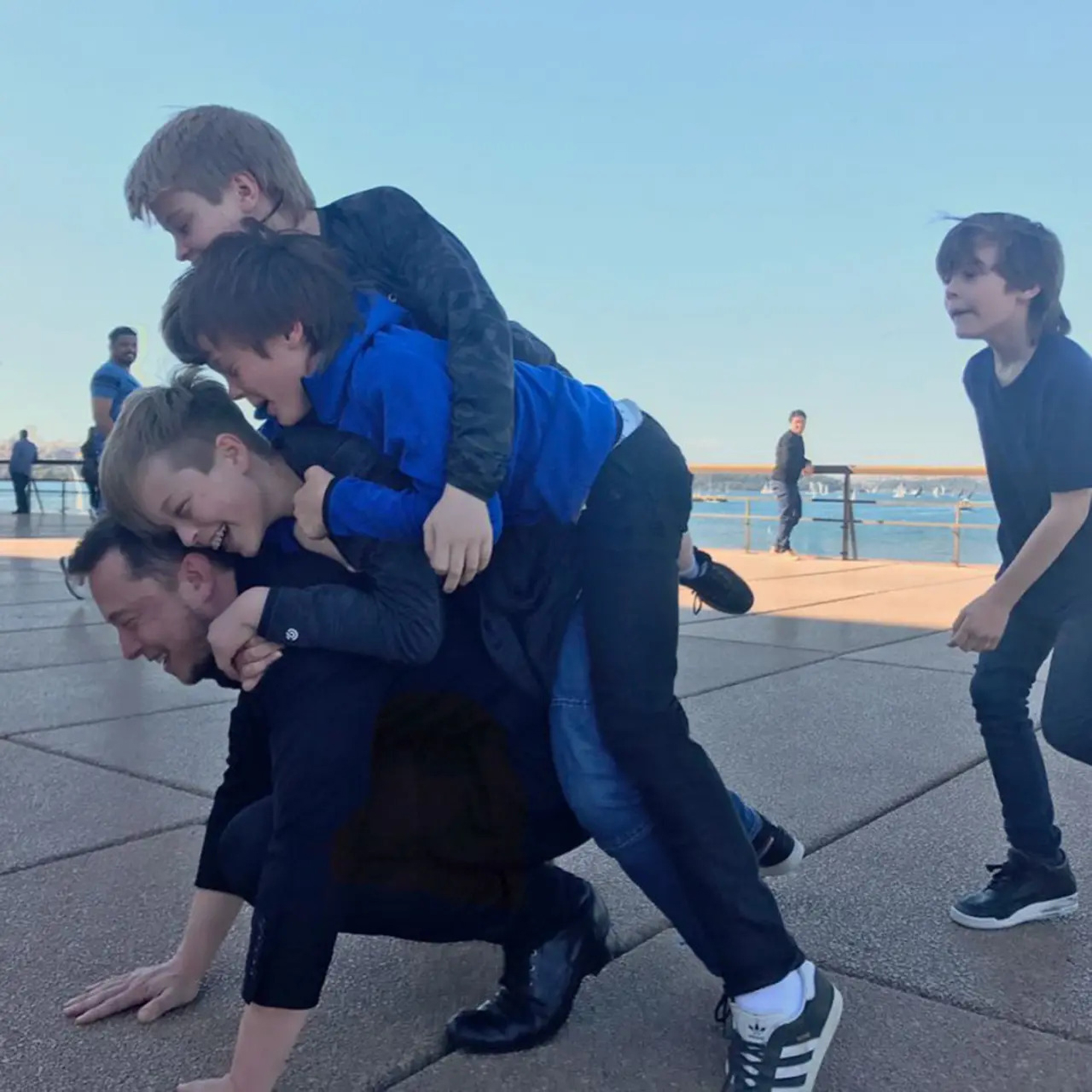 The Boring Company founder did, however, tweet about pronouns being an “esthetic nightmare” in December 2020.

Elon’s ex-wife tweeted about one of their children on Monday, giving a rare insight into their upbringing.

Justine noted that her child was equally “proud of” themselves.