Enough! We mums refuse to be second wave slaves: For months, women have been unpaid teachers, tidiers, cleaners and chefs – ESTHER WALKER pleads as a new lockdown looms

They’re back at school. Phew. Perhaps you’re finding, like me, that life is slowly starting to return to something like normal. Homework is a walk in the park when compared with home-schooling.

And yet, it’s not quite the same. For many of our children, education is no longer full-time, with pupils being sent home at lunchtime on Friday for ‘Covid cleaning’ of school buildings.

After-school clubs have been cancelled, breakfast clubs wiped out. Many schools, trying to comply with thick booklets of regulations, have abandoned the wraparound care that makes working parents’ lives possible.

What’s more, pick-up and drop-off times often vary to prevent congestion. Your Year 1 child might start at 8.30am and leave at 3pm, while your Year 6 starts at 9am and leaves at 3.45pm. 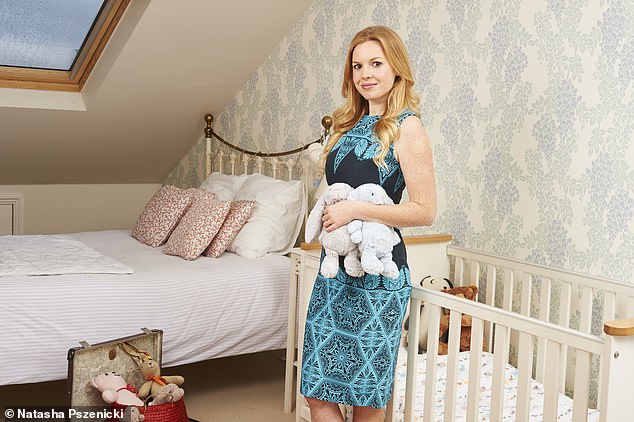 This means parents picking up the slack. And when I say parents I do, of course, mostly mean mothers. Again.

Whichever way you dress it up, the past six months have seen the mothers of this country forced into gruelling 18-hour shifts of domestic labour on top of paid work. Our productivity nose-dived. We drank to cope. We cried tears of exhaustion and frustration.

And we did it without objection because it was an emergency — but what now? Can the ‘new normal’ only exist at the expense of women’s careers? It seems impossible to repair our damaged reputations at work and break off at 2.45pm daily to do an hour-long ‘staggered’ school run.

We mothers number in our millions. Isn’t it about time we got together and shouted: ‘Hang on, what about us? We have rights, too!’

Because what I truly fear is that it could happen all over again. Yes, the Government has promised that during this second wave, schools will be the last thing to shut — but promises can be broken. And in any case, local lockdowns or the quarantining of individual classes, as pupils or teachers stay home with the mildest sniffle, mean this winter, children will be in and out of school like the hokey-cokey — and women’s ability to work will be compromised.

I have two children: Kitty, who is nine and in Year 5, and Sam, who is seven and in Year 3. 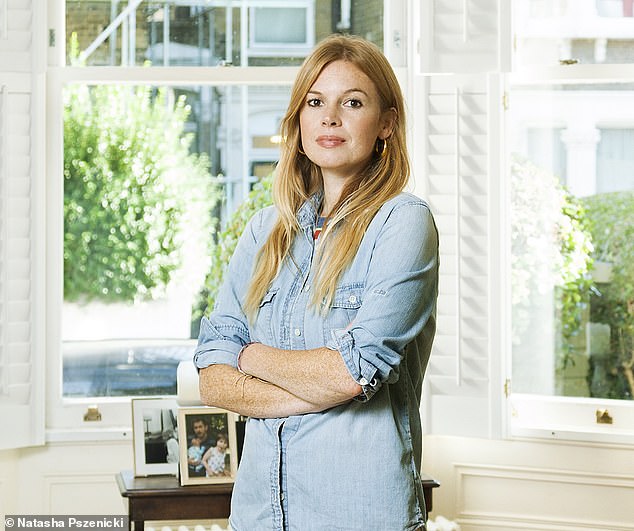 My husband Giles works at home and knows how hard parenting is, but the domestic buck still stops with me, as it does for most mothers — even those who earn more than their partners. Giles is a modern dad, but if my children want something, they find me first.

Lockdown was awful for me, I’m not ashamed to admit. Some days I felt energised, challenged and efficient. Other days I slumped into total despair, shouted at everyone and was then crushed by guilt.

Home-schooling caused such awful rows that I abandoned it. I just did my best to keep my children away from screens most of the day and called it a win. It was nobody’s fault, it was just the way it was.

Millions of other women suffered worse. My friend Jo says: ‘I was left entirely on my own for three months, while my ICU doctor husband worked and shielded. I’ve got three children and I had no support. Genuinely, I had horribly dark thoughts at times. There is no way I could do it again. I just can’t even comprehend the utter exhaustion.’

Claire, another friend, says: ‘It has been absolute hell. I had to become a Year 1 teacher and a Year 3 teacher, plus a full-time cleaner and chef. My own work, a business I have been building for a year, has had to be put on hold completely.’ 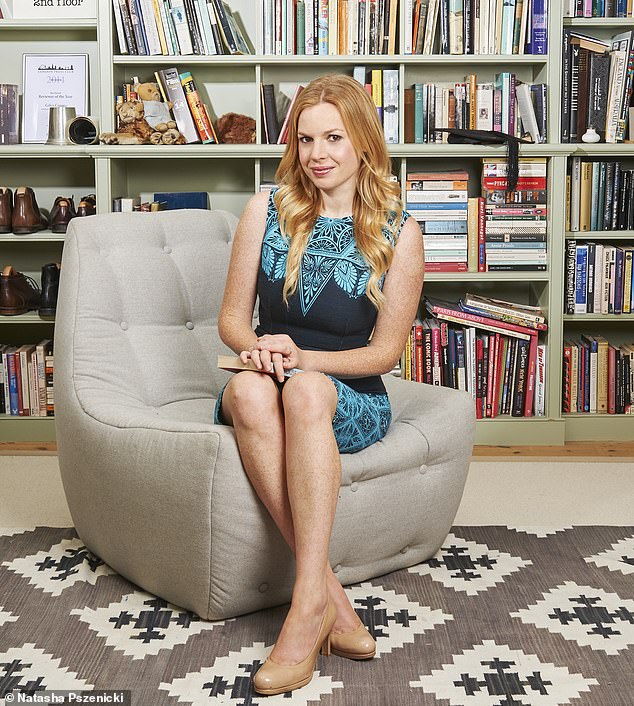 In the past 100 years, technology and changing attitudes to women in the workplace have allowed us to break out of our limited roles as homemakers, but that’s resulted in families being utterly dependent on a fragile web of paid-for childcare, favours from friends and grandparents, and domestic help. School keeps the whole show on the road. Take away its support, and everything falls apart.

When we’re exhausted and stressed we cannot care properly for our children — but during lockdown, of course, that didn’t seem to strike anyone in government as important. Perhaps the scarier truth is that they did think about us, but concluded that they just didn’t care.

How you can fight back

If your child’s school isn’t doing enough, here’s how to take action:

The lack of advocacy from Liz Truss, the Minister for Women and Equalities, or Jess Phillips of The Women and Work All Party Parliamentary Group, was depressing. Only the Children’s Commissioner Anne Longfield seemed to have our interests at heart when she stated the critical point that schools ought to be prioritised over the re-opening of pubs. Um, hello?

The fact that it was largely left to small pressure groups such as September For Schools or Pregnant Then Screwed to fight for mothers’ rights shows how little we figure in Whitehall.

So here’s my solution. We need a national pressure group for mothers to ensure we aren’t forgotten again.

We are in a uniquely vulnerable position, in that our caring role is not easily economically quantifiable. It is also so loaded with expectation and personal emotion — after all, what kind of mother doesn’t want to care for her children? — that it is difficult for us to fight our corner.

I have never felt particularly marginalised as a woman, but the treatment of mothers throughout the pandemic has made me understand how insignificant we are to most people.

I’ve also realised that we are unwittingly complicit in our situation. The day our first child is born, we learn complaining achieves nothing, except possibly judgment that we are not ‘coping’. You’re a mum and your job is to do it all with a big smile, even when it is unbearably hard.

It’s not the same for other types of carers. Nurses and doctors and teachers can demand fairer working hours or pay. If a doctor goes on strike, it’s called industrial action; if a mother does, it’s called child neglect. We have no leverage and everyone knows it.

So society will do anything to keep us quietly propping the whole thing up. What are jokes about ‘wine o’clock’ if not a way of normalising and even encouraging mothers to self-medicate in order to battle on? 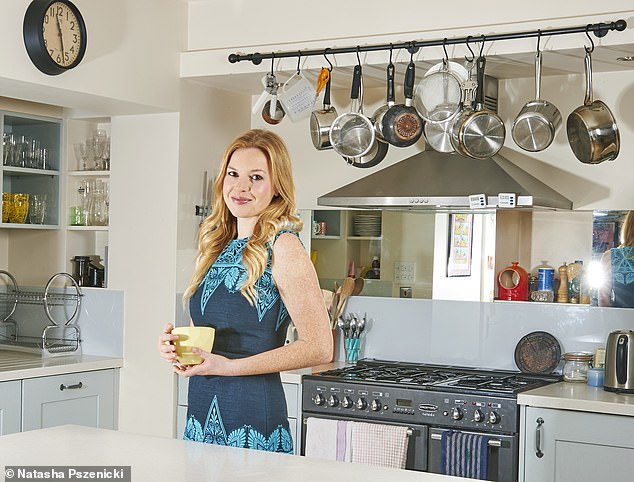 Esther (pictured) urges mothers to pledge not to stay silent when it comes to pushing back on being a full-time carer, teacher, tidier, cleaner and chef alongside a full-time paid job

The modern trope of calling mothers ‘superheroes’ is merely a sop. Worse, it implies that we don’t need to be treated as humans because we are not human.

Mums don’t need to sleep or eat properly or exercise . . . because we’re superheroes!

Newsflash: we aren’t. Being a full-time carer, teacher, tidier, cleaner, chef — often alongside a full-time paid job — is as difficult and enervating as it sounds.

Everyone has the right to be cautious about virus transmission in schools — but mothers also have the right to push back and ask questions. So far we haven’t spoken up. Why? Because we have been trained to think we don’t matter.

Let’s make a pledge that from now on we won’t stay silent. I know you’re tired. I know you don’t want to make a fuss.

But I’m afraid the horrible truth is that we have to be on our own side. Tell yourself you’re doing it for your children if you like, but I’m here to say it’s also fine to be doing it for yourself. Because you do matter, and they should care.