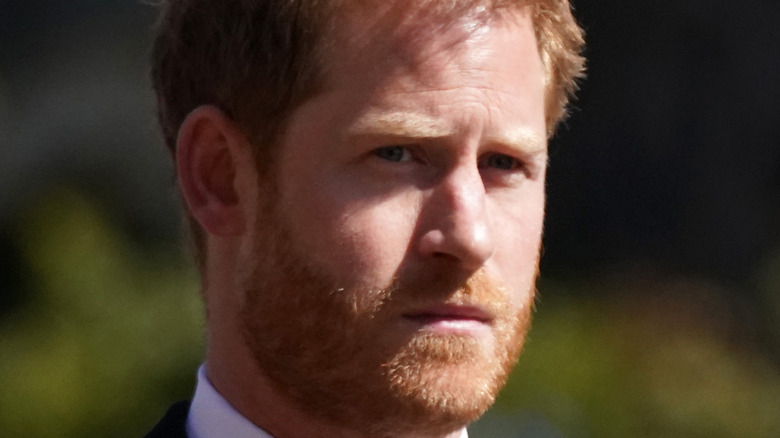 Not long after the death of Prince Philip, royal historian Robert Lacey said there was hope that Princes William and Harry would use their grandfather’s funeral to mend fences. Lacey had even told People that the procession, which saw William and Harry separated by their cousin Peter Phillips, was “a mistake” and “As we saw, they could have walked side-by-side quite happily after all. What pleased me afterward was that it all seemed so totally natural, and they drifted to each other like the old days.”

Now it seems Lacey might have been a bit hasty in concluding that William and Harry appeared ready to move forward, as they were seen chatting after their grandfather’s burial. In an updated version of his book “Battle of Brothers,” Lacey reveals that a meeting with Prince Harry and Prince Charles after the funeral as reported by several media outlets — including The Telegraph – didn’t actually happen.

In an updated version of his book, which is being serialized by The Times, royal expert Robert Lacey wrote that after William and Kate said their farewells to Prince Charles, they went back to Kensington Palace to tuck the children in, because they saw “no point” in speaking to Harry since “any discussion of substance would go straight back to Meghan to be leaked out via Oprah or some other tentacle of the Sussex network that had not stopped spreading stories in the weeks since the interview that the couple’s friends had promised would be their final word.” 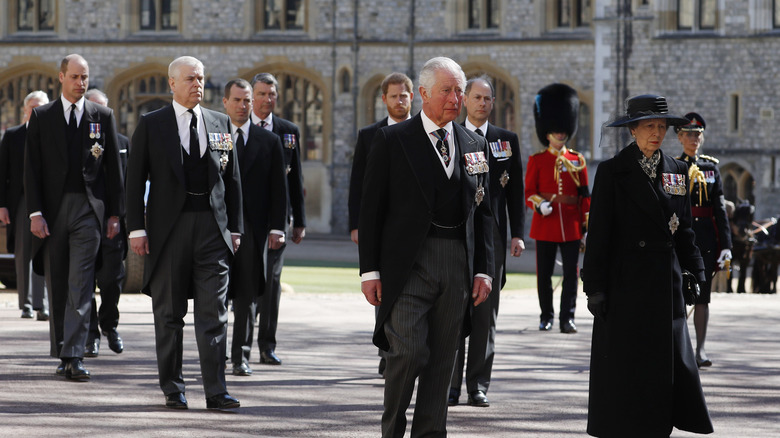 The purported discussion between Princes Charles, William, and Harry had also been reported by CBS’ Gayle King, who said at the time, “I did actually call them (Harry and Meghan) to see how they were feeling, and it’s true Harry has talked to his brother and he has talked to his father too. The word I was given was that those conversations were not productive, but they are glad they have at least started a conversation” (via The Independent).

The royal historian and expert also used his book to walk back earlier comments about how unnecessary it was to have Peter Phillips walk between William and Harry. He writes: “When it came to the funeral the following weekend, William and his grandmother worked out together how, in the prevailing circumstances, he could not possibly walk in harmony with Harry behind his grandfather’s coffin in the way that he might have done in the past.” Peter Phillips, Robert Lacey notes, has helped before. He was strategically positioned between the brothers in 2019, when they first announced they were splitting their households (via The Times).

Harry will be back in the U.K. this week to attend the unveiling of a statue honoring his mother Diana, Princess of Wales (via The Independent).