Former soccer star Hope Solo is opening up about recently about nearly losing her life after suffering a miscarriage.

The self-proclaimed “polarizing” figure, 37, has had a slew of incidents off the field, but in an interview with Elle magazine, she focuses on her life now with her husband Jerramy Stevens.

In the article, she says that early last year, she and her husband had been trying for kids, had gotten pregnant, then miscarried.

But it wasn’t until she was still in pain a week after the miscarriage that she found out she had been carrying twins and one of the babies had been ectopic.

“The fertilized egg can’t survive, and the growing tissue may cause life-threatening bleeding, if left untreated,” the clinic adds.

Solo said she, in fact, was in danger and could have lost her life.

“The doctor said I was hours from dying,” she told Elle. “They ended up having to remove my fallopian tube.”

All the while, Solo had been running for United States Soccer Federation president and had to give a speech days after her miscarriage.

A big part of her platform and something she still fights for today is equal pay for both men and women in soccer. 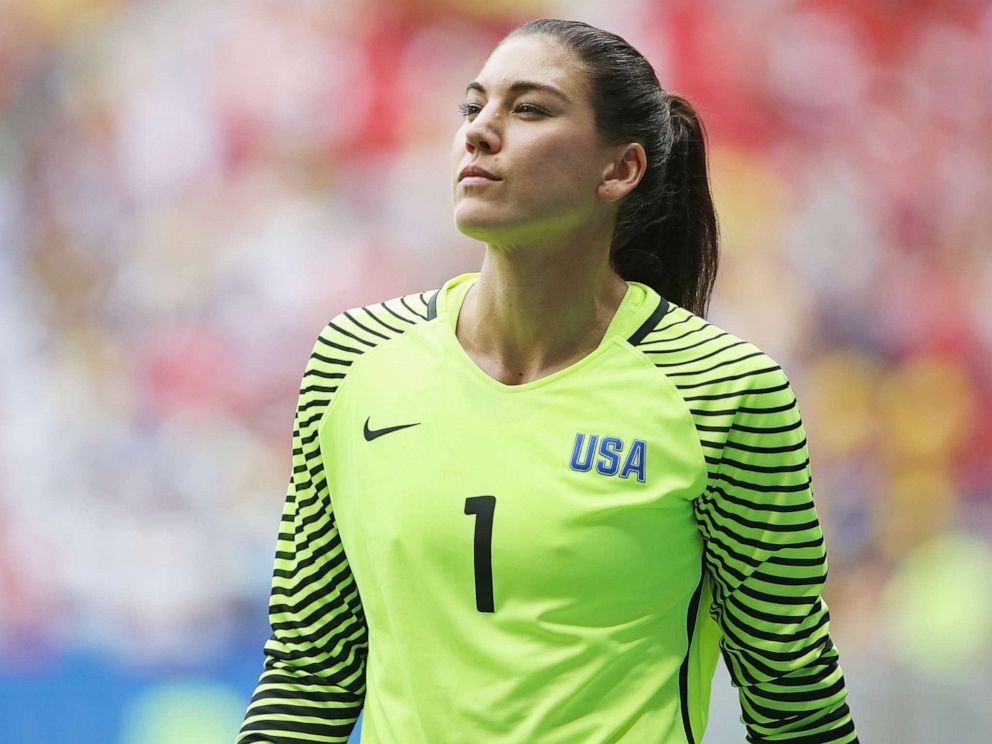 “That speech took a lot. Even before all that, it would have taken courage,” she says of speaking in public days after the serious health scare.

The article adds that she’s since begun taking IVF treatments in hopes of someday soon starting a family.