It was a big night for Ali Stroker! The Oklahoma! star won a Tony award for her role of Ado Annie Carnes in Daniel Fish’s Broadway revival of the play — and it didn’t come without emotion.

“Oh, my gosh! Thank you, thank you so much,” the Glee alum, 31, who uses a wheelchair, said as she accepted her award for Featured Actress in a Musical. “This award is for every kid who is watching tonight who has a disability, who has a limitation, or a challenge, who has been waiting to see themselves represented in this arena. You are.”

Stroker, through the applause of the audience, went on to note that there “are so many people I need to thank,” before rattling off the names of those who have helped her get to this place in her career. “My best friends, who have held my hands and pulled me around New York City for years, helping me,” she added. “My family … thank you for teaching me to use my gifts to help people. I love you, we did it!” 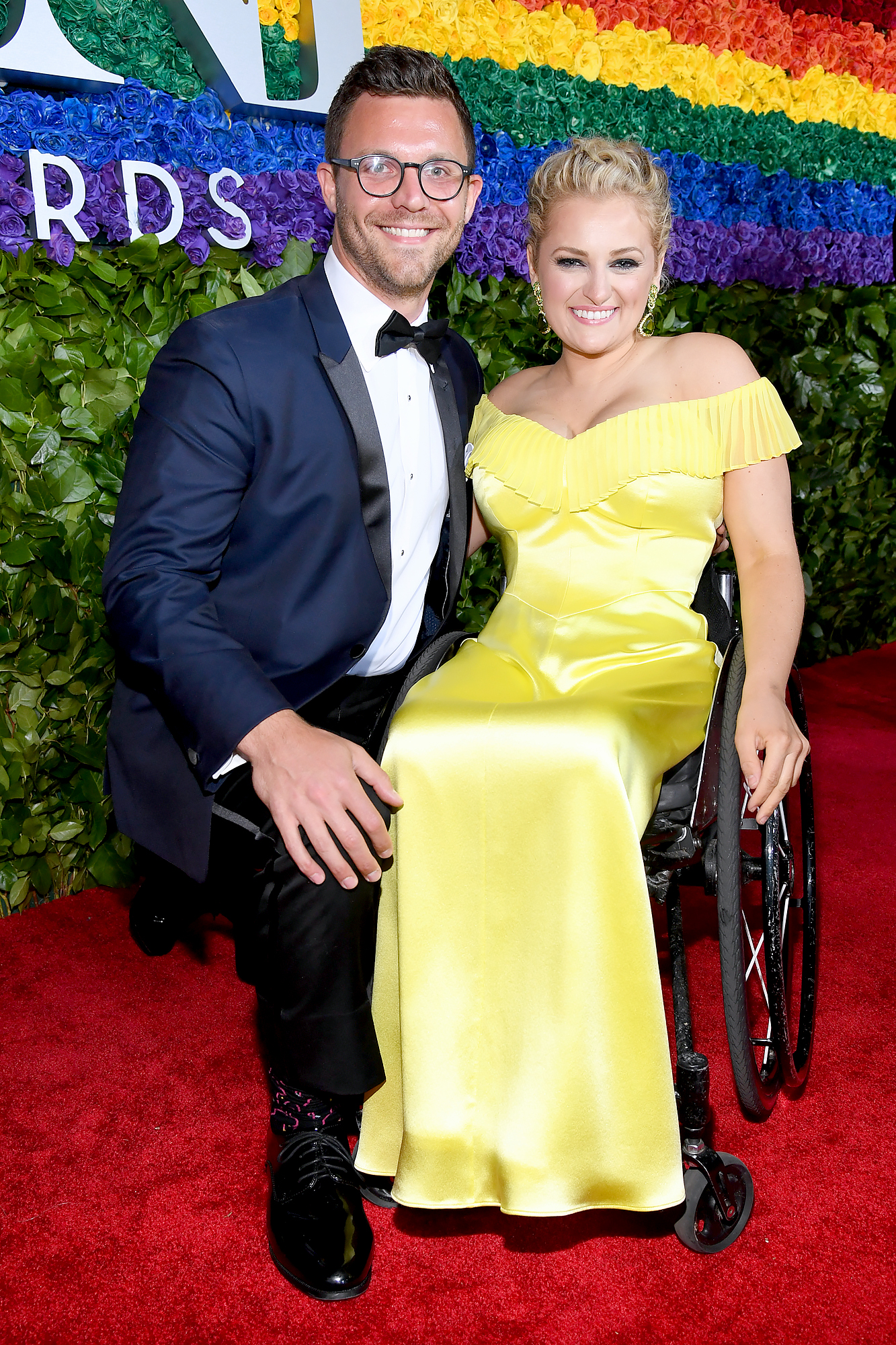 Earlier on Sunday night, Stroker lit up the red carpet with her boyfriend David Perlow. The former Glee Project star stunned in a yellow gown while her beau looked dapper in a classic tux.

The 31-year-old New Jersey native — who was paralyzed from the chest down at age 2 after a car accident — first made her mark on the entertainment industry as the season 2 runner-up on the Glee spinoff in 2012. After guest-starring on Glee the following year, Stroker went on to be the first actress to use a wheelchair for mobility on a Broadway stage when she was cast as Anna in Spring Awakening in 2015.

Stroker also made history on Sunday night for being the first ever actor who uses a wheelchair to be nominated for a Tony award — and the crowd erupted when she won.

“One of the gifts of being in a wheelchair is that you get to know your physical life very well,” Stroker told Vogue in an interview earlier this month. “I know what it’s like to not be able to move half my body. But the parts that I can move, I use to my advantage — in every part of my life and my work. And I’ve always felt physically able, even though I can’t walk or run.”