"The Snack that Smiles Back" just got a little bigger for its consumer base.

Goldfish crackers announced the company will be selling fish-shaped crackers that are 50% larger than its traditional snack. The new line is called Goldfish Mega Bites and will be available in more than 20 flavors, the company’s press release states.

Sneak peek photos shared by the brand show that two of the flavors will be Sharp Cheddar and Cheddar Jalapeño.

The snack company, which is owned by the Campbell Soup Company, said it has increased the size of its cracker in response to its adult consumer base.

"This is the first time Goldfish has created a snacking experience specifically with 'Grown Up' tastes in mind," said Campbell Snacks’ Chief Marketing Officer Janda Lukin, in a statement. "We're at the start of a new chapter for the brand and are expanding our offerings and appeal to all age groups — in the college dorm, snacking at your desk, wherever that is these days — while remaining a snack for all families. We're excited to keep creating bold and playful snacks and experiences."

Goldfish originally made its debut in the U.S. in 1962, and the crackers were promoted as cocktail hour snacks. The brand became popular among children when smiles were carved onto the fish crackers in 1997.

Adults appear to be reclaiming the snack, according to Goldfish purchase data. The company claims that 40% of Goldfish packages sold have been purchased by an adult consumer. 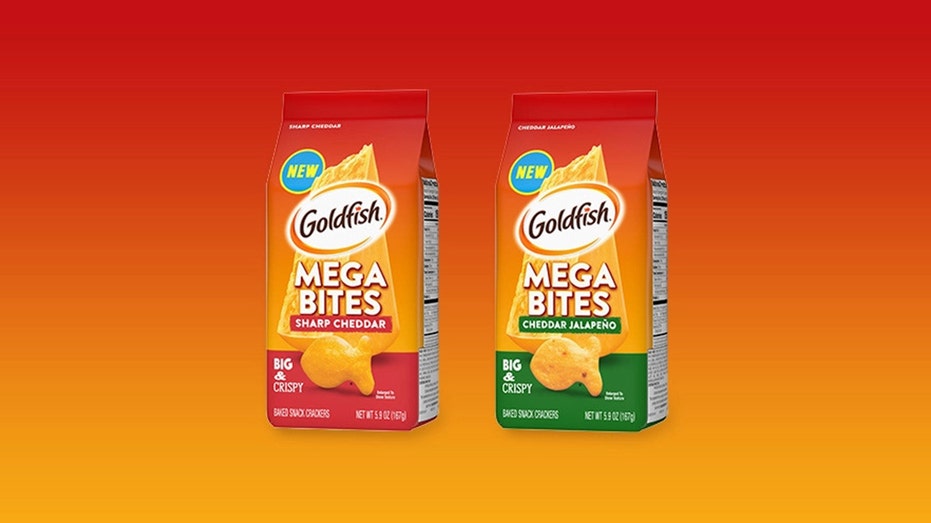 Goldfish is launching a new Mega Bites line, which is said to be a ‘bigger, bolder, cheesier reboot of the classic snack.’ (Campbell’s Soup Company)

The snack has been so popular in recent years that there was a Goldfish cracker shortage in April 2020. Campbell Soup execs reported that it had "short-term supply challenges" because consumers were loading their pantries during the initial COVID-19 shutdowns.

More recently, Goldfish has contributed to sales growth for Campbell’s, according to the company’s first-quarter earnings report for 2022. 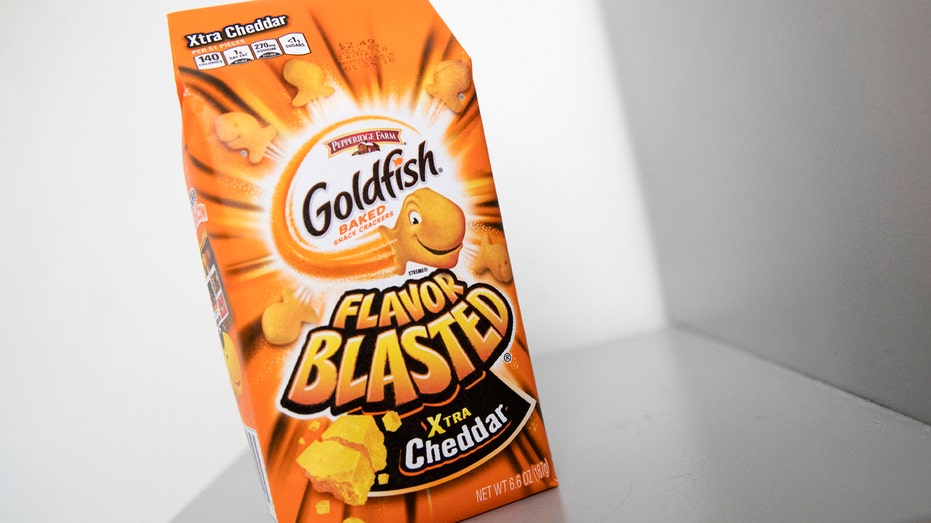 Goldfish originally made its debut in the U.S. in 1962, and the crackers were promoted as cocktail hour snacks. It has been a popular snack among various age groups for 60 years. (AP Photo/Mary Altaffer)

Goldfish crackers are manufactured by Pepperidge Farm, the commercial bakehouse under the Campbell Soup Company.

Consumers who are interested in buying Goldfish Mega Bites will be able to find 5.9-ounce bags sold at major retailers. Campbell’s suggested retail price is $2.69 per bag.