At least two repatriation flights will be dispatched to India every week once the controversial travel ban ends on May 15 as the Morrison government faces an uphill battle to get thousands of its citizens home from the coronavirus-stricken country.

The government is facing mounting pressure from the Indian community to end the ban, with a 73-year-old Australian man stranded in Bangalore on Wednesday filing a legal challenge to the directive that has made it a crime for people stuck in the country to come to Australia. 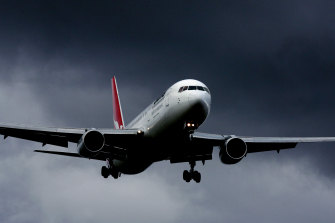 Qantas was running repatriation flights from India before the latest outbreak.Credit:Paul Jones

Immigration Minister Alex Hawke confirmed that once flights resume the Commonwealth must also overcome the logistical challenge of helping people safely travel from villages, towns and cities around India to larger cities before boarding flights home.

“Logistically, it’s quite a big undertaking to work through the best way to get people safely repatriated,” Mr Hawke said.

The national security committee of cabinet will meet on Thursday and decide to recommence repatriation flights once the ban ends, but government sources said the expiry date of next Saturday is not expected to be brought forward.

More than 9000 Australians have registered with the Department of Foreign Affairs and Trade as wanting to come home, with around 900 listed as vulnerable, according to the Australian high commissioner to India.

Mr Hawke expects both numbers will continue to rise as the pandemic worsens in India.

The minister has been holding round-table discussions with leaders of the Australian-Indian community in each state to discuss the implications of the travel ban and how Australia can provide support to those stuck overseas.

“That’s caused some consternation, but people are supportive overall of the restrictions, as long as we get those repatriation flights up and running again in a safe way,” he said.

The Department of Foreign Affairs and Trade was sending about two Qantas flights a week to India before the latest COVID-19 outbreak, which has seen infection numbers surge past 20 million in the world’s second most populous country. The national security committee will consider sending at least two weekly flights as part of a plan to begin rescuing the thousands of Australians registered there as wanting to return home. The committee will discuss sending more flights if necessary. 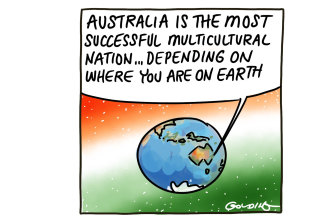 “The pause is working. What we’ve seen, on the advice I have from the border and DFAT authorities, in the last seven days over 23,000 arrivals with 80 cases, for a positivity rate across the country of 0.3 per cent. So we have dropped from 13 per cent to 0.3 per cent,” he said on Wednesday.

When flights resume all passengers will be subject to both a nasal swab and a rapid antigen test to keep the number of cases entering Australia low. Mr Hawke said the issue of how to support those Australians who test positive in India had been raised at the round tables.

Plenty of people were trying to raise money, he said, and the government was also looking at whether it could make a concession for charities to be able to fund medical equipment in India – but there was no perfect solution.