IF you're looking for a meat-free treat, you can get a free Greggs vegan steak bake this weekend, but you'll have to be quick.

Cashback site, TopCashback is giving all of its members £2 for free to spend on any vegan snack at any UK store. 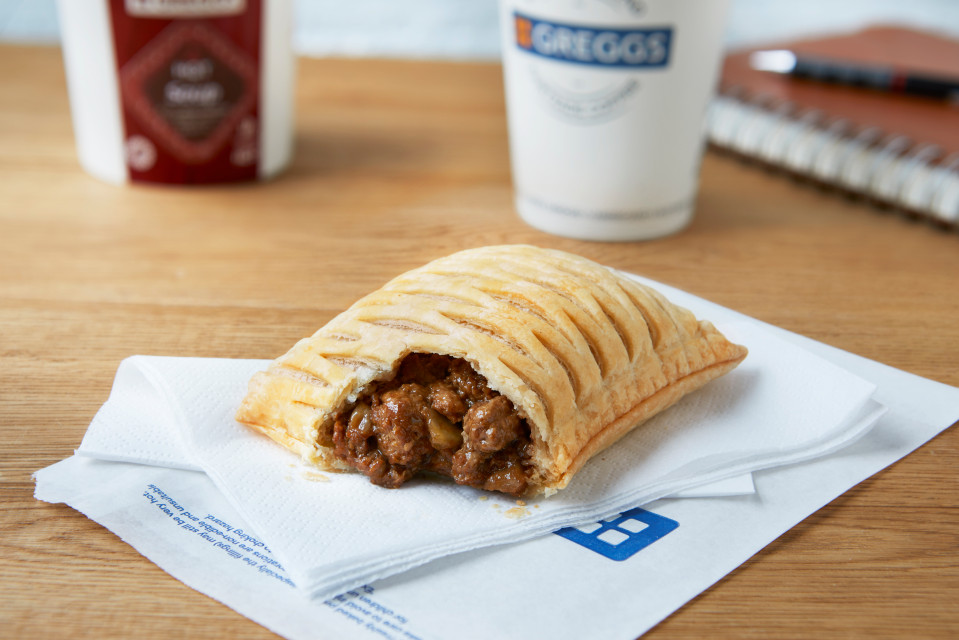 The offer is valid until next Wednesday, January 8 but will only be awarded to the first 2,500 people who take part.

It doesn't have to be spent at Gregg's either, the voucher is valid for all UK stores as long as your snack is vegan.

With plenty of fast food chains upping their games this Veganuary there's plenty of other things you could splash the cash on.

For instance, Caffe Nero has just launched its very own vegan sausage roll. It normally costs £3.45 so you could get it for less than half price with the offer.

And Costa has just released a Vegan Smoky Ham & CheeZe Toastie, which is made with Quorn ham and vegan coconut cheeZe.

The toastie starts from £2.95, although prices do vary  depending on which restaurant you go to.

And after teasing its return for several months, KFC finally brought back its Imposter Burger for good this week – but it's now simply called the Vegan Burger.

This normally costs £3.99 so you could get it for 50 per cent off with the TopCashback deal.

How to get your £2 cashback

It's available to new and existing TopCashback customers, and all you have to do is snap a picture of your receipt and you'll get the money.

And TopCashback says that if you spend over £1 you'll get the full £2 reward.

That means that if you do opt for the new Gregg's vegan bake – which sells for £1.55 – you'll actually make a 45p profit.

Unfortunately, purchases made online will not be eligible for cashback, so you must photograph a receipt from a UK or Ireland retail store.

To get the cash, the following items must be clearly visible on the photo of your receipt:

You can fold your receipt before snapping it to make sure you can get everything into the picture.

You can only claim once per receipt and each receipt can only be used by one shopper, so if you're with a friend make sure you pay separately to get different receipts.

And the offer is limited to one per person, so you can only get the cashback once.

You can read the full terms and conditions here.

From Costa's cheese and ham toastie to Wagamama’s vegan watermelon tuna – how high street chains are going plant based.

And McDonald’s launches first-ever vegan meal with dippers that taste of pesto.