See how Karen from Mean Girls would react to a ghost — and James’ own interactions with one!

In the new Netflix thriller “Things Heard & Seen,” Amanda Seyfried and James Norton star as a couple whose own mysterious past rivals that of the Hudson Valley home they just moved into.

The duo deal with more than just a few bumps in the night in the film, which opens with the grisly murder of one of its characters. But when it comes to their real lives, would the two stars move into a home with a history of death?

“No, I still struggle with that. I don’t think I would buy a house if I knew about some kind of tense history,” Seyfried told TooFab, before asking her costar, “We both live in old houses, right?” 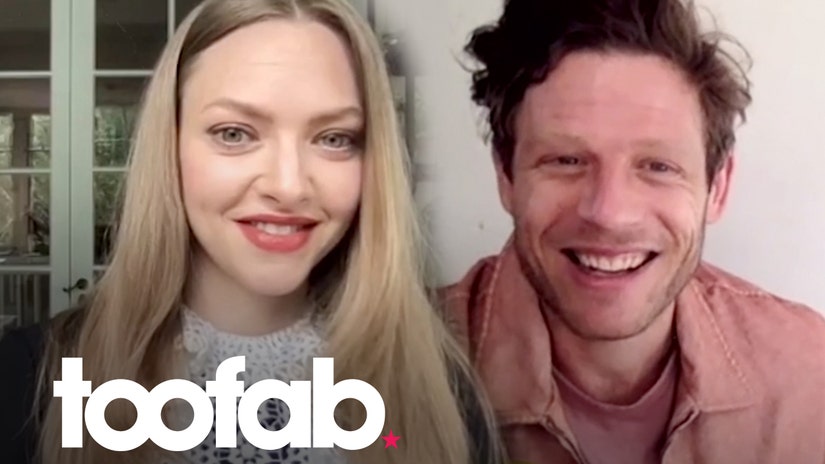 “I did,” said Norton, before revealing a previous home came with an unexpected, unseen roommate. “I moved into a house when I first moved to London with my friend. His parents bought this place and it was an old Spanish lady who lived there 40 years.”

“I think her family all lived in Spain and they came and took a few possessions and just left everything. So we had all her life — we were students, so we needed pots and pans and stuff — and every so often we would uncover this incredibly intimate, sensitive memory or keepsake,” he explained. “It was kind of intense. The attic was full of her, we never cleared it out, we were there for 4-5 years. So I have … Felicia, I know Felicia well.”

“The Haymarket definitely has stories. I think it’s the oldest theater in London or one of the oldest and that was definitely … yeah,” he added. “The old backstage backstage staff that had been there for decades loved every creek. You know the stories, you can’t whistle on stage because the people who pulled the ropes were the guys who used to run the docks, so people would die if you whistled.”

Filming the Netflix project was also “kind of creepy,” said Norton, as they shot the movie in upstate New York in the fall, around Halloween. “We were shooting nights,” added Seyfried,” it was really intense.” Amanda is also a huge Halloween fan, so her dressing room was decked out with some “scary” stuff as well.

While her character in the movie has a few interesting ghost encounters, TooFab wondered how one of Seyfried’s other iconic on-screen personas, the ESPN-equipped Karen from “Mean Girls,” would fare with a visit from beyond the grave.

“I think she’s absolutely just unimpressed by ghosts. I think if she saw one, she would have a conversation with it,” guessed Seyfried. “If Karen saw a ghost, she’d be like, ‘Who are you? What’s your name? I’m Karen.’ She walks in the world a little differently. She’s very sensitive to that stuff and very welcoming.” 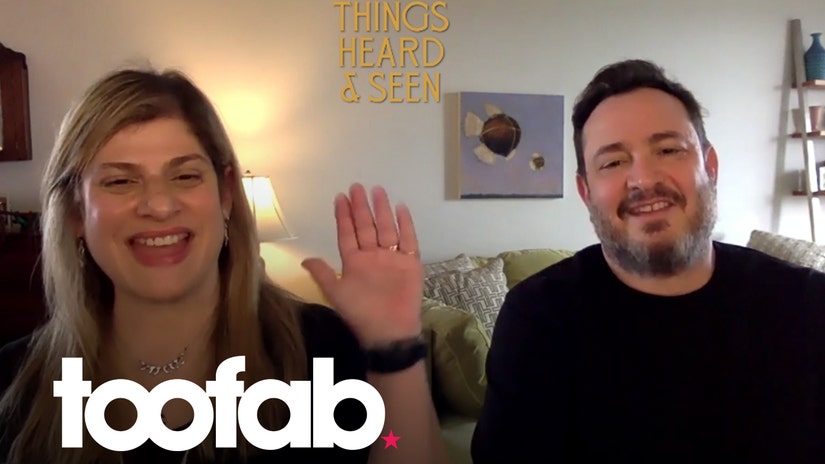 “Things Heard & Seen” is an adaptation of the book “All Things Cease to Appear” by Elizabeth Brundage, coming from married directors/writers Shari Springer Berman and Robert Pulcini.

“It’s a very epic book. So, we would’ve needed a limited series or not-so limited series to really tell the whole story,” Berman told TooFab. “So, the first challenge was just figuring out how we can honor the book and the message in the book and the characters — and what we could include, and not include in a movie. So, that was quite a long process.”

For the duo, who previously worked together on the Academy Award-nominated film “American Splendor” and “The Nanny Diaries,” this was also their first time working on a horror movie.

“I would say I like horror, but I like character based scary movies like ‘Don’t Look Now’ and ‘Rosemary’s Baby’ and ‘What Lies Beneath,'” said Berman. “Those are movies that really inspired us and we always wanted to make one of them, but couldn’t find the right piece of material until Bob happened to read about ‘All Things Cease to Appear’ in our local newspaper upstate, and said, ‘Oh, this sounds like a cool book. Let me read it.’ And that’s how it started.”

“Like Shari said, it really comes from character for us whether or not we respond to something,” added Pulcini. “It is a genre we always loved and talked about wanting to work in, but the characters were just so rich in the novel and when characters are rich it’s the same process. You know, it’s not that different.”

No spoilers here, but the ending of the movie differs a bit from the book. Defending their choice, it all came down to scope.

“The timing is condensed,” said Pulsini. “We kind of truncated it, but I think we wanted it to feel very immediate, and cathartic.” Added Berman, “We tried to figure out a visual cinematic way of sort of giving the same message that Elizabeth did in a beautiful literary way.”