"It happened very fast, within days of us diving in."

When you know, you know — at least according to a group of some very happily married celebrities! Looking back on their relationships, these stars say there was a definite time when they realized that they were with “the one” and ready to walk down the aisle. While it was love at first sight for some, others admit that their love for their life partner grew over time. No matter how they figured it out, the love these celebs share for their significant others is so sweet – and their tales of falling in love are even sweeter!

Here’s how these celebs knew they were with the one…

Matthew Broderick and Sarah Jessica Parker have been married for almost 25 years and are still just as in love as ever. In fact, Matthew says it was love at first sight and he knew he was going to marry Sarah Jessica the moment he first saw her.

“Oh, the first time I met her. I saw her walking down the street and thought ‘That’s it,'” Matthew admitted on “What What Happens Live.” 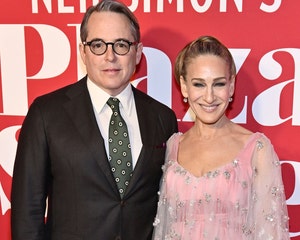 Jessica Alba almost immediately knew her husband Cash Warren was the one. She explained that when she met him, it felt as if she had known him forever and the things she was typically self-conscious about disappeared.

“I just knew when I met him that I was going to know him forever. It was weird; he instantly felt like family. It was so easy. I’d never felt like that with anyone. I was usually pretty self-conscious, minding my p’s and q’s, very aware of every time my fork hit the plate when I was having dinner on a date. With him, there was none of that. We got each other. We’re kindred spirits,” Jessica said.

Nick Jonas knew his wife Priyanka Chopra for several years before they began dating so when they finally connected romantically, he says it was easy to tell that she was the one he was meant to be with. In fact, Nick says he knew within days of when they first started dating.

“I knew her for two years before we really started dating. And I think I got to know her so well as a friend first, which then made it really easy when we started dating to say, ‘Wow this is the person and I know, right off the bat.’ So it happened very fast, within days of us diving in. I told [my brothers] a week after our first date, ‘I’m going to propose later this year.’ I said September. It was May at the time, it ended up being June when I proposed,” Nick said on SiriusXM Hits 1. 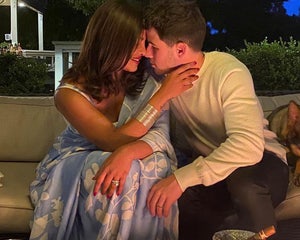 Blake Lively knew she wanted to marry Ryan Reynolds when she realized he was her best friend and would be that for her for the rest of her life. She explained that she valued her friendship with him more than anything and through life, she knew she would both like him and love him.

“I knew he would always be my best friend for my whole life. That was the biggest thing to me. I’d never known anything like the friendship that I had with him. I could like him as much as I loved him,” Blake told Marie Claire.

Prince Harry says he knew his wife Meghan was “the one” when he realized he was falling in love with her so quickly after they came into each other’s lives.

“The fact that I fell in love with Meghan so incredibly quickly was confirmation to me that all the stars were aligned, everything was just perfect. It was this beautiful woman just sort of literally tripped and fell into my life, I fell into her life,” Harry told BBC. 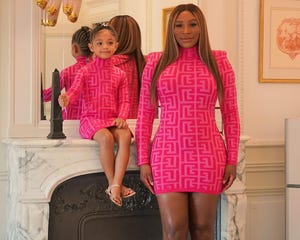 Serena Williams Longed to Feel 'Connection' With Her Baby During Pregnancy

When Serena Williams first met her husband Alexis Ohanian Sr., she had a sense that he was the one she was going to marry. While she wanted to know more about him at the time, the couple ended up dating and then tying the knot in 2017, just a few months after welcoming their first child.

“I had this sense, like, ‘I’m going to marry this guy, but I’m not ready yet, but I know I’m going to marry this guy.’ I didn’t know his world at all, but I’ve always been tech-savvy. I had a few investments before I met him, and I wanted to know more. So we started talking, just as friends. Just casually chatting. I was getting hot when he was talking about it all [laughs]. So after that we just continued talking, and then, I don’t know—I love his world.”

John Legend admits there wasn’t one specific moment that made him realize that he’d be with Chrissy Teigen forever but it was instead when he began envisioning what his future would be like with her.

“I don’t think it was one particular moment [when I knew I wanted to propose] but I knew I love her, I knew I could see myself living with her and spending time with her forever. I knew I could envision us having kids together. And I felt like it was time to propose. She didn’t pressure me, she didn’t say ‘It’s time to put a ring on it.’ I Just felt like it’s time for us to get married,” John said on “Oprah’s Next Chapter.” 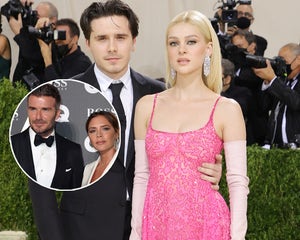 Victoria Beckham says it was love at first sight when she met her husband David. While penning a letter to her teenage self, Victoria wrote that she fell in love with David when she saw how he acted around his family.

“Yes, love at first sight does exist. It will happen to you in the Manchester United players’ lounge – although you will get a little drunk, so exact details are hazy. While the other football players stand at the bar drinking with their mates, you will see David standing aside with his family. (He’s not even in the first team at this stage – you are the famous one.) And he has such a cute smile. You, too, are close to your family, and you will think how similar he feels to you,” Victoria wrote.

While Chris Hemsworth admits there was no “light bulb” moment that made him realize his wife Elsa Pataky was the one, he says he just knew it in his gut from the moment they first met.

“There was no light bulb moment. From the first time we met, we just made sense. She’s fun. She’s outgoing, and she has a sense of humor and a passionate attitude toward life, which is nice to try to keep up with,” Chris told Elle.

Gisele Bündchen had a good feeling about her husband Tom Brady right away — and it all had to do with his eyes! She says she could tell that they shared similar values right when she met him.

“I knew Tom was the one straight away. I could see it in his eyes that he was a man with integrity who believes in the same things I do,” Gisele told Vogue. 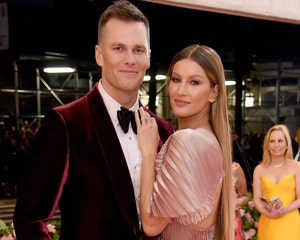 Jerry Seinfeld had no interest in getting married before he met his wife Jessica. He explained that he was “tired of being single” but didn’t know what to do because he never felt “that thing with someone that makes you want to go forward.” But when he met Jessica, that all changed.

“So when I met her and I thought, ‘You know what, we could have a life together.’ And so it gave me a life to live…It’s not the conversation or the attraction that you feel, it’s just like this comfort level when someone is in your house. When someone comes into your house and you still feel comfortable. I don’t know what that is, but I just know this is someone I want to spend the rest of my life with,” Jerry said on “The Oprah Winfrey Show.”

Stephen Colbert hadn’t even met his wife Evelyn yet when he knew she was the one. He says he saw her in a theater lobby and immediately thought that she would be his wife one day — and he was right.

“I walk in [to a theater lobby] and I see across the lobby this woman —I think for the first time, not girl, woman — beautiful woman in a black linen dress, and I think ‘Her.’ Honest to God, I thought ‘There’s your wife, you’re going to marry her.’ And I thought, ‘That’s crazy,'” Stephen said during a Q&A.