All the love. Hours after Alec Baldwin spoke on camera in the wake of the accident prop gun firing that killed Halyna Hutchins, his wife is sharing her support.

“I love you and I’m here❤️,” Hilaria Baldwin captioned an Instagram snap of the pair holding hands on Saturday, October 30.

Earlier that day, the yoga instructor, 37, and the New York native, 63, were spotted together in Vermont as they awaited further news regarding the ongoing investigation into the Rust incident. 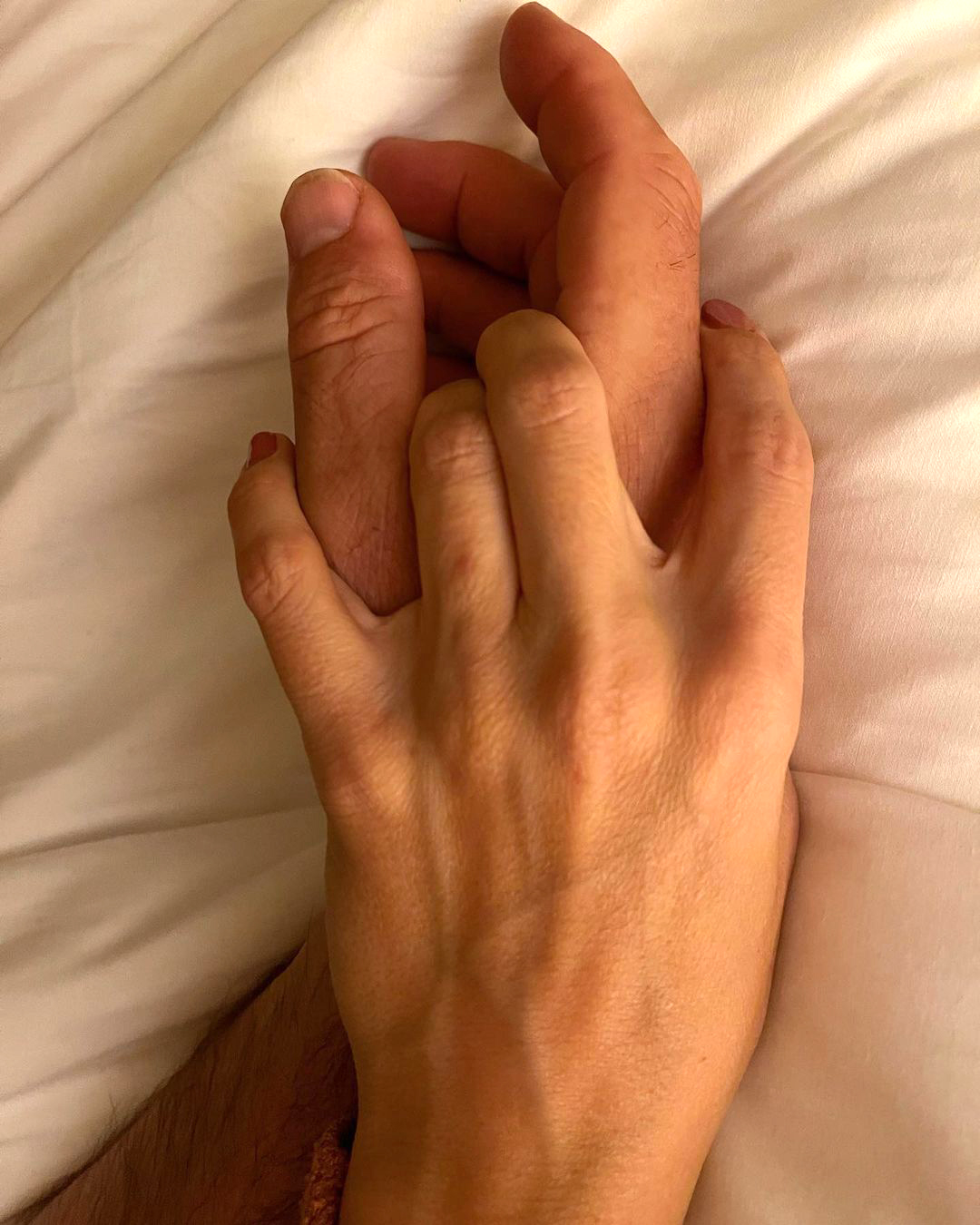 “I’m not allowed to make any comments because it’s an ongoing investigation,” the 30 Rock alum told reporters on Saturday. “I’ve been ordered by the sheriff’s department in Santa Fe, I can’t answer any questions about the investigation. I can’t — it’s an active investigation in terms of a woman died. She was my friend.”

Alec continued at the time, recalling their friendship on set, “The day I arrived in Santa Fe to start shooting, I took her to dinner with Joel, the director. We were a very, very well-oiled crew shooting a film together and then this horrible event happened.”

Nearly one week after the prop gun misfire on October 21, Hilaria — who married Alec in June 2012 — broke her silence on the incident.

“My heart is with Halyna,” the mother of six — who shares Carmen, 8, Rafael, 6, Leonardo, 5, Romeo, 3, Eduardo, 13 months, and Lucia, 7 months, with the Boss Baby star — captioned an Instagram post on Monday, October 25. “Her husband. Her son. Their family and loved ones. And my Alec. It’s said, ‘There are no words’ because it’s impossible to express the shock and heartache of such a tragic accident. Heartbreak. Loss. Support.”

According to the Sante Fe County Sheriff’s Department, Alec discharged a weapon on the New Mexico set, which struck Hutchins, 42, and Joel Souza. The Ukraine native was taken to a local hospital before being pronounced dead. The director, 48, for his part, was critically injured on the scene, though has since been released from the hospital.

“The entire cast and crew has been absolutely devastated by today’s tragedy, and we send our deepest condolences to Halyna’s family and loved ones,” Rust Movie Productions LLC, the film’s production company, wrote via a statement following the incident. “We have halted production on the film for an undetermined period of time and are fully cooperating with the Santa Fe Police Department’s investigation. We will be providing counseling services to everyone connected to the film as we work to process this awful event.”