Home » Lifestyle » Home quarantine back on the agenda for returning Australians

Australians returning from overseas could have the option to quarantine at home but they may be tracked with an ankle bracelet or police check-in app.

Prime Minister Scott Morrison said he is hopeful home quarantine can again play a role in managing Australia's borders as they look to open them "at some point to safe locations", nominating New Zealand, parts of the Pacific, South Korea and Japan as possibilities. 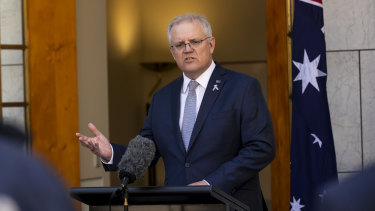 Prime Minister Scott Morrison is hopeful home quarantine can again be an option for Australians returning to the country.Credit:Dominic Lorrimer

"As time goes on, we will need a more flexible approach that gives us more options for managing this, so I think that is something that is under active consideration," Mr Morrison said.

"I think home quarantine can play a role in the future."

The Australian Health Protection Principal Committee is considering options in a bid to get more Australians back home, but UNSW infectious diseases expert Raina MacIntyre warns the risk is too great.

National cabinet decided in late March to mandate hotel quarantine, in part after reports of people not complying with orders to isolate at home upon returning from overseas.

The quick implementation of that decision has come under fire from lawyers assisting the inquiry into how the virus escaped from quarantine hotels in Victoria.

Counsel assisting Ben Ihle said on Monday that a hybrid model where people were taken to a hotel for triage and some sent home based on risk "may also be at least as effective as achieving the objective of containing the virus".

The AHPPC is preparing advice for national cabinet, which next meets on October 16, on quarantine options for the long term.

Chief Nursing Officer Alison McMillan said that would include developing risk profiles for countries based on test results for people returning from different parts of the world and people's needs.

"If you have small children, if you have disabilities, if you have special needs, how we might accommodate those needs going forward," she said. "Is it in a hotel? Are there any ways or means that we can increase that capacity so we can get more Australians home?"

She said tracking bracelets may be considered as part of an enforcement regime, and also pointed to a new app WA Police are using, which requires people in home quarantine to take a photo of their face and surroundings within five minutes of being contacted each day.

But Professor MacIntyre said returning to home quarantine would only set the scene for community transmission to kick off again. 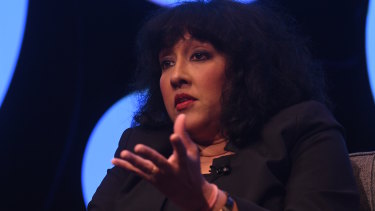 "There's a lot more COVID-19 around the world than there was back then so the same problems that we had back then – which is that we had people breaching the home quarantine – are likely to occur again but potentially with worse outcomes this time around," she said.

"Can you tell me how the police are going to monitor home quarantine in maybe a thousand times more locations than if you're just having people in a set number of hotels? It's not feasible."

Tourism Accommodation Australia chief executive Michael Johnson wants to see hotels get back to their regular usage but believes there will be a continuing need for the industry to step up and help with stricter quarantine arrangements.

The cap on international arrivals has lifted this week, with states agreeing to accommodate an extra 1000 people weekly in hotel quarantine, bringing the number to about 5000. A further 600 spots will be added over the next fortnight.

At the moment, 20 international carriers are flying to Australia with government figures showing there are between 25 and 60 passengers on each plane.

Our weekly newsletter will deliver expert analysis of the race to the White House from our US correspondent Matthew Knott. Sign up for The Sydney Morning Herald‘s newsletter here, The Age‘s here, Brisbane Times‘ here and WAtoday‘s here.