Home » Lifestyle » How not to get sacked for sexism

“I feel sorry for my husband, he just doesn’t know how to act anymore.”

This came from a friend musing over how confusing the #metoo movement has made life for men. Her husband is a corporate consultant and is apparently living in fear of being accused of sexism in the workplace. 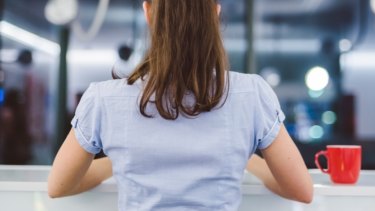 The definition of what constitutes sexist behaviour hasn’t actually changed, it’s just more likely to be called out now.Credit:Stocksy

My response was the most obvious. “Is he sexist?” Because if he’s not then he doesn’t need to worry.

My friend assures me her husband is not sexist. Still, he lives in fear of being accused of sexism and being subsequently embarrassed and sacked over it.

Really? Is it that hard to engage in a civil conversation with a woman without saying something that offends her, gets you hauled in for coaching sessions with an HR manager or censured on social media?

It’s not the first time I’ve heard this. People talk about how men feel as though they’re constantly walking on egg shells and are therefore unable to be themselves anymore.

There are reports of men claiming they can’t risk mentoring women anymore for fear of being accused of sexual harassment.

Allow me to put your fears to rest. The definition of what constitutes sexist behaviour hasn’t changed.

Sexism and harassment have never been acceptable.

It was never appropriate to sexually degrade a woman in a workplace, or anywhere else for that matter. The only thing that has changed is that it’s harder for perpetrators to get away with it now.

Women have not become more thin-skinned, or precious snowflakes. We are not sitting around in our covens scheming the demise of men. It’s just that now, when men treat us badly we are more inclined to speak up about it and people in authority are more likely to act.

The #metoo movement is approaching its second anniversary and there have been countless opportunities across business, media, sport and even the churches for men to watch, listen and learn the lesson that sexism is no longer tolerated.

I’m sure I’m not the only one who shakes my head in bewilderment every time someone gets outed and disgraced for sexism.

Did former AFL stars Scott Cummings and Dane Swan not realise that joking and laughing about sexual assault on their Humpday podcast would lead to a backlash?

How many more examples do these men need to learn that (fortunately) sexually degrading women is no longer socially acceptable? Cummings’s subsequent sacking by radio station 3AW should have been a surprise to precisely no-one.

Cummings — to his lasting credit — issued a decent apology and appears to have learned from the experience.

But still, the question remains, how did he not know already that vulgar sexism was unacceptable and career limiting? Did this whole “don’t sexually degrade women” rule really creep up on Cummings and others? It’s as if the world changed overnight and these blokes’ names were left off the group email.

One explanation could be that these men just assume that the rules simply don’t apply to them. Perhaps having attained a measure of success in their field makes some men feel as though they’re above criticism.

Or perhaps it is possible that some men really don’t understand the difference between sexism and a joke. They fear that in the #metoo era “good guys” are getting tarred with the same brush as “bad guys”.

But here’s the thing, sexism is not about being a good or a bad guy. Sexism is about power and once you remove the power factor, the difference between sexism and harmless fun becomes very obvious.

Let’s try this rule out in some real-life situations.

Imagine you’re Scott Cummings or Dane Swan testing out your material on your female CEO. Would you think that jokes about performing sex acts on sleeping or ill women were appropriate?

I didn’t think so.

If you think the female chair of your board is talking too much, do you talk over her and then quip that women never shut up and need to get in the kitchen to make you a sandwich?

I’m betting that’s another no.

If your major corporate clients are women, do you invite them to network at a “super sexy” golf event like the one recently organised in the UK, promising the “sexiest and naughtiest golf day” with plenty of free booze and “naked women”.

See, it’s not that confusing at all.

Kasey Edwards is the author of The Chess Raven Chronicles under the pen name Violet Grace.