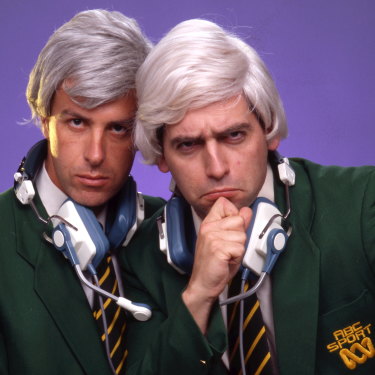 Santo Cilauro and Rob Sitch as sports presenters Graham and The Colonel on The Late Show. Credit:ABC

It’s impossible to imagine Australian comedy – or indeed Australian film and TV – without The Late Show. Frontline and The Castle, Have You Been Paying Attention?, the stage and radio antics of Martin and Molloy, the biting stand-up of Judith Lucy, even high-end drama productions such as Lambs of God (co-produced by Jason Stephens) all owe something (and in some cases everything) to the eight members of the team who wrote, produced, directed, edited and performed in the ABC’s hour-long comedy show, which ran for 40 episodes in two seasons on Saturday nights in 1992 and ’93.

But it’s entirely possible to imagine a world in which the show didn’t happen, because for a very long time it looked like it wouldn’t.

By the time that first episode went to air in July 1992, the crew – minus Lucy in the first season – had had multiple stabs at translating the rapport they had shown on stage and on radio (some of them first performing together as part of the Melbourne University Revue in the mid-1980s, then many of them as the D-Generation) to the screen. 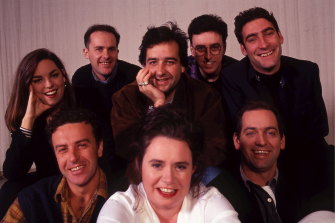 “Technically, The Late Show had seven pilots before it went to air,” says Tony Martin, who has become the team’s unofficial chronicler. “I always say the two years of The Late Show are like years six and seven of our radio show.”

There were multiple pilots for Nine (which owns this masthead), including a current affairs parody and a longer-form 60 Minutes send-up (it’s not hard to imagine the seeds for Frontline were sown there), then a variety show modelled on Late Night with David Letterman, to run four nights a week. But none of it quite clicked.

“Kerry Packer just wasn’t a fan,” Martin says. “We just weren’t Channel Nine’s style, so we got shown the door.”

It wasn’t just about not fitting the brand, he concedes. The cast all had trouble being in front of the camera without being in character. “We were just shithouse at playing ourselves. We weren’t good at hosting.”

Nonetheless, in August 1990, the ABC offered them a shot. But then Saddam Hussein invaded Kuwait, and the broadcaster had to divert money from comedy to current affairs in order to run rolling coverage of the Gulf War. We want the show, they told them, but we won’t be able to make it until March 1992.

“And that was the best thing,” says Martin. “Saddam Hussein saved The Late Show, because in that year and a half a whole lot of great things happened.”

Chief among them was that Martin and Mick Molloy toured extensively doing stand-up, and as a result became far more comfortable talking to an audience as themselves.

That meant the bizarre mix of sketches, live comedy, reviews – of everything from video nasties to late-night commercials – “gag-dub” reworkings of old TV shows Bluey (as Bargearse) and Rush (as The Olden Days) and song parodies had what it so desperately needed: someone to anchor the whole glorious mess.

“It’s hard to explain to people what it was like because I don’t know of any other show that had so many different styles,” Martin says. “I can’t think of a style of comedy that isn’t on that show.”

In 2001, he oversaw production of a best-of compilation DVD, The Champagne Edition, but there’s so much missing from it because of copyright issues. He says a businessman wanted $60,000 in return for allowing his cheap and nasty late-night ad to appear on the DVD; multiply that by all the material they made fun of under the rubric of review and comment, and it was just impossible. 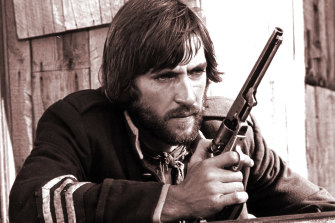 John Waters in Rush. The colonial-era drama was overdubbed with ridiculous jokes and sound effects and repackaged as The Olden Days.Credit:ABC

As a result, he says, “even though they’re really good, those DVDs misrepresent the show because they make it look like it was just sketches.”

Some of what they got up to would be impossible today. But Martin doesn’t know that the show was as cutting as some people remember it – “we were daggy more than edgy; there was the occasional bit of hard-edged satire but we were more interested in silliness” – and he doesn’t remember the lawyers getting involved, though he imagines the odd thing probably must have been censored. 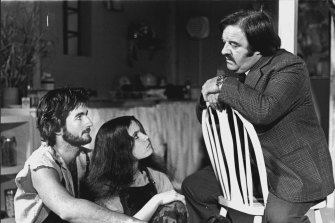 John Jarratt, Sigrid Thornton and Lucky Grills in Bluey. When the 1970s detective series was reissued on DVD, the dubbed Bargearse episodes were included as bonus material.Credit:Seven

“It was a lot looser in those days,” he notes. “There was no internet, there was no Twitter commenting on everything. You would get an angry letter – ‘did you say something mean about Penelope Keith’ [the English comic actress who starred in The Good Life and To the Manor Born] – but it would usually arrive three weeks after the sketch had been to air.”

Making the show was a bit like the Beatles recording the White Album. “We all had bits that we were working on that the others had no idea about until we saw them at rehearsal,” he says.

They didn’t just make the whole thing, they financed large parts of it themselves, ploughing their earnings back into filming because they were determined to make it exactly the way they saw it in their minds.

“We spent hundreds of thousands of dollars producing all those pre-recorded bits,” Martin says. “It was like a film school. We were absolutely addicted to it. None of us had children, that was the key, so we had all day and all night to only spend on the show.”

Though much of each program was pre-recorded, the secret sauce was going live. “You can’t add any fake laughs, and things would regularly die on The Late Show.”

But towards the end, the audiences became almost too willing. “Suddenly they were screaming and yelling like we were the Beatles – or, rather, like we were [fellow comedy troupe] the Doug Anthony All Stars. And I went, ‘Oh, no; you can’t tell what’s working and what isn’t anymore’.”

There was no single reason why they stopped. They all had other things they wanted to do – Molloy had become the show’s breakout star and the nascent Working Dog crew had started brewing Frontline – and after seven years everyone was exhausted. Besides, he says, “we were all worried we wouldn’t be able to match the quality for a third series. And everyone was running out of money, to be honest.”

Occasionally someone will dangle the idea of a reunion in front of them. The fact Martin and Molloy had a falling out years ago and things between them remain tense is an issue, but not insurmountable. More of an obstacle is the fact reunions generally disappoint.

“It’s hard to think of one that hasn’t been kind of bad,” Martin says. 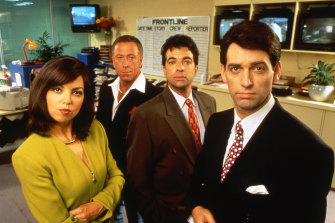 “Maybe if we spent a year planning one episode that could be good,” he adds. “But otherwise you’d just go, ‘Oh, look how old they all are’.”

Find out the next TV, streaming series and movies to add to your must-sees. Get The Watchlist delivered every Thursday.