When Doug Aiton was a young boy growing up in Geelong, allegiance to the Cats was non-negotiable.

“Everyone I knew was a Cats supporter. Schoolboys to businessmen to journalists – they were all Geelong supporters down here,” says Aiton, now 78. 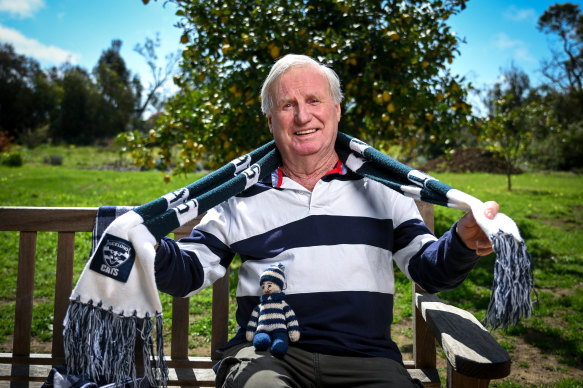 Lifelong Cats fan Doug Aiton remembers the days when every child in Geelong barracked for the Cats.Credit:Eddie Jim

“I’ve supported Geelong since 1950 when I was six years old. If I didn’t support Geelong, then I would have been unusual. At school, I didn’t know anyone who didn’t follow Geelong.”

But Geelong is a very different city to the industrial “one-team town” of Aiton’s youth, even more since the pandemic, and the significant demographic change has also had an influence on its footy culture.

For the tens of thousands of residents who made a “Geechange” to the city during the pandemic, or in the years immediately prior, this week has been their first opportunity to witness how the city embraces the excitement of having its team in AFL grand final without the burden of restrictions. The Cats did make the decider in 2020, but it was played in Brisbane while Victoria was locked down, and the Cats lost to Richmond.

Last year Geelong was the third most popular destination in Australia for people fleeing capital cities, after only the Gold Coast and Sunshine Coast, according to the Regional Movers Index population flows via relocation data from the Commonwealth Bank.

The same index also found that the population of people flowing from capital cities to Geelong outpaced the national average of city-dwellers moving anywhere regionally.

The majority of people moving from capital cities to Geelong have come from metropolitan Melbourne, and the largest cohort were specifically from the Wyndham council area in the city’s west. The recent arrivals to Geelong are also far younger – 60 per cent were Millennials.

“Maybe 10 years ago there was this dominant narrative that people making a tree change and a sea change were retirees or peri-retirement age,” said Kim Houghton, chief economist at the Regional Australia Institute, which produces the index.

“Whereas now we’re looking at … [younger] people moving out of the city and wanting to purchase a home, and that’s more affordable, generally, in regions.”

Aiton was among that previous wave, he retired to Ocean Grove six years ago after a career as a broadcaster and journalist in Melbourne, including at The Age.

Living near the coast, easier commutes, the ability to afford a larger home and land have been nominated drawcards, not just for new residents to the area, but for the top-tier footballers on Geelong’s list, who believe their employer has become one of the AFL’s “destination clubs”.

The population growth in Geelong, especially new developments at Armstrong Creek and Mount Duneed, can be seen in the local footy scene as well.

Felicity Ellis, 35, is Auskick co-ordinator at South Barwon Football Club which takes in the suburbs of Belmont and Highton. The club is blooming with well over 200 Auskickers each season.

“A lot of people have come from Melbourne,” she says. “Not even just Auskick level – it’s across all age levels, including women’s footy.”

Her observation is that most people keep their AFL allegiance when they move to the area, meaning Geelong now has sizeable supporter bases for other clubs, notably the Western Bulldogs, Richmond and Collingwood.

The footy jumpers kids don at Auskick is a key indicator of who their family barracks for, and Ellis says about 50 per cent of those in her program wear Geelong’s navy and white hoops these days. 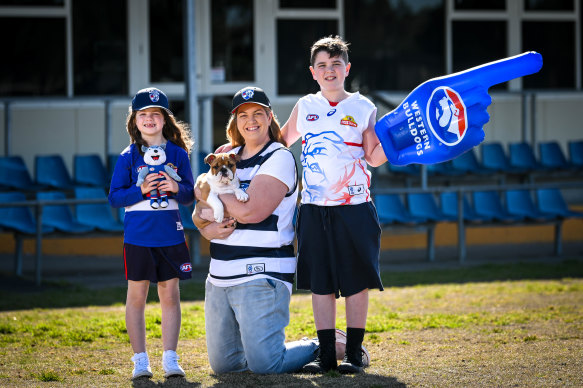 Felicity Ellis still has a soft spot for the Cats, but now supports the Western Bulldogs, who her husband and children, Georgia and Seb (pictured), follow.Credit:Eddie Jim

“We have a girl who is fully kitted out in St Kilda colours … we even have a Fremantle fan in there,” she says.

Although Ellis still has a soft spot for the Cats, she’s personal proof that it’s no longer a fait accompli those raised in Geelong grow into rusted-on Cats fans. 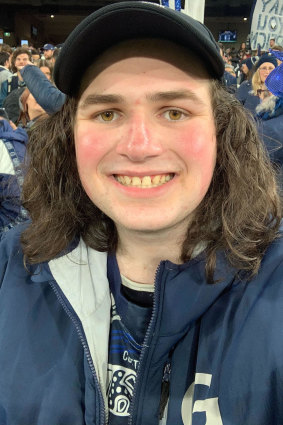 “I was born and bred Geelong, but I converted over to my husband’s team. Now we’re Western Bulldogs,” she laughs. “All my children are now Western Bulldogs. It was controversial with my dad.”

While the Cats’ no longer enjoy exclusive support in their home town, Geelong cheer squad member Jamie Law, 21, said the region’s growing population had been a boon for his beloved team.

“Home games are fuller than they used to be,” he said. “This year the people turning up have been a real mix of people who have moved to Geelong recently and people who have been here a long time. Especially people who come to Geelong, and they haven’t had an experience as a football fan before.”

Law, a lifelong Geelong resident, is thrilled by the transformation happening in his city. He says there are dozens more venues for young people like him and the place feels like it’s in a golden era, not least because the Cats are in the big game on Saturday.

“I think it’s something that the people of Geelong can be proud of – we live in a place and have made a place that not only people want to come to, but footy players too,” he said.

Mayor Peter Murrihy said the pull of Geelong, for both footy players and sea-changers, was proof the city had remained resilient over the past decade, despite the collapse of car manufacturing and the other blue-collar industries that were once its lifeblood.

“When the last Fords rolled off the [Geelong] production line [in 2016], there was a lot of talk about the demise of Geelong, but we think the pundits got it wrong,” he said.

“There are more people moving to Geelong, so you do see more people barracking for different teams, but Geelong’s heart will always beat for the blue and white. We hope [Saturday] will be a day to remember and will inspire some new fans to jump on the Cats bandwagon.”

Keep up to date with the best AFL coverage in the country. Sign up for the Real Footy newsletter.