Home » Lifestyle » 'I can't afford to eat': The people struggling in the cost of living crisis 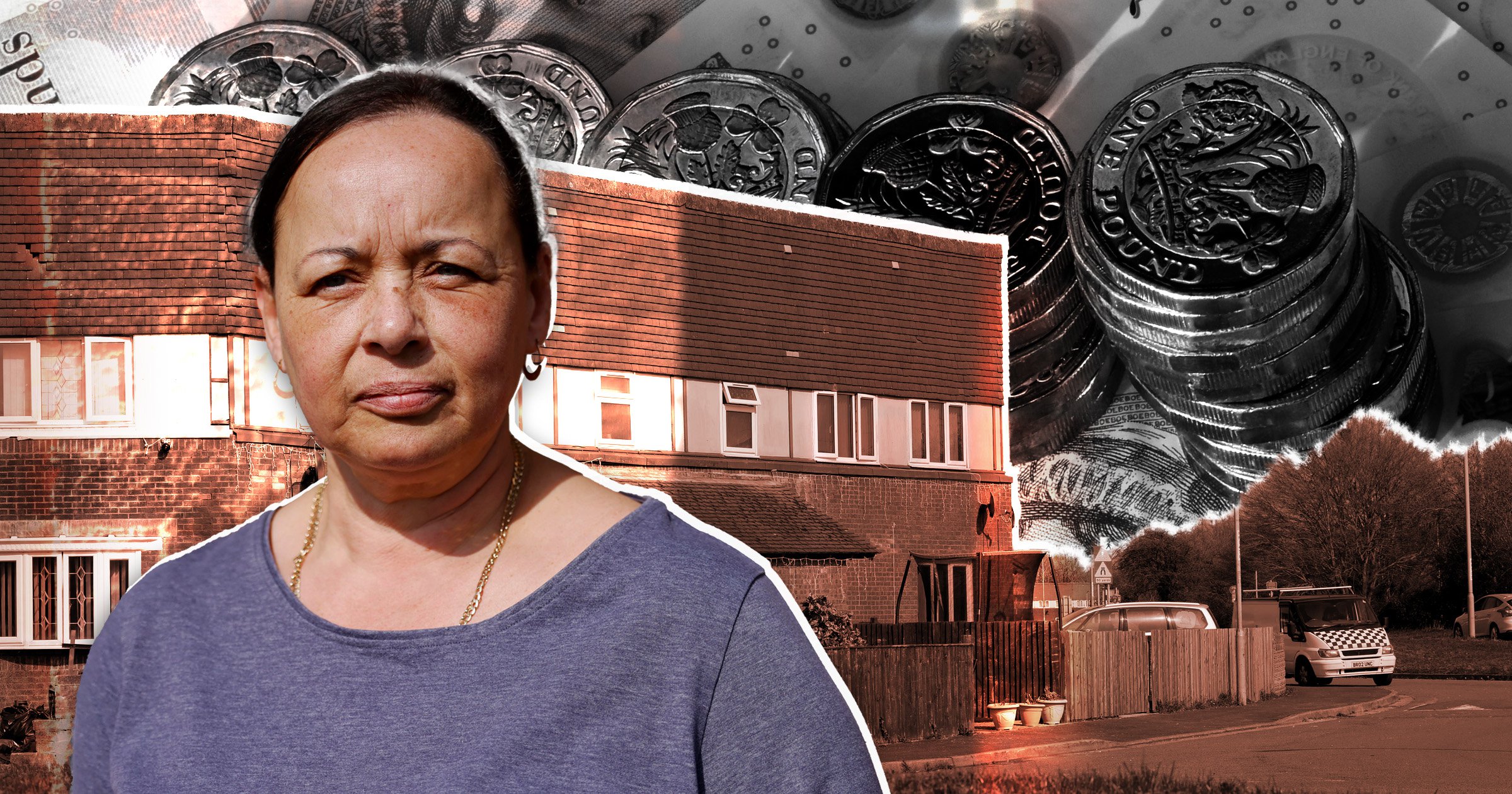 We know the cost of living is rising – and for many it’s at a crisis point.

So severe is the situation, that even money saving guru Martin Lewis has declared he can’t do anything to fix it, as it isn’t a case of money management.

People across the UK are struggling in the face of these changes, and Joanne Lao is one of them.

She recently had to stop buying her son’s favourite cherry bakewells – much to his dismay.

‘The ones we usually have from Asda are like 95p – we went in this week and they were £1.90 for the same box,’ she said from her doorstep in Newport.

‘We’ve had to stop buying them now – it’s just too much money!’

The single mum is worried – and it’s a worry that’s facing millions of households up and down the UK amid ballooning cost-of-living increases.

Gas and electricity bills are set to increase by £693, which is around 54%, in April, with even more increases possible in October.

Chancellor Rishi Sunak announced measures including a cut to fuel prices, changes to National Insurance thresholds and a promise on income tax.

Many are still skeptical, arguing that those on the lowest incomes won’t see much come from this.

While benefit rates are due to rise by around 3% next month, some experts say inflation could hit 8% this spring.

This means families are facing a real-terms loss in income.

Joanne is already feeling this, despite her reasonably well paid job and home owner status.

‘I own my home but they own the heating, so I can’t flex to a different provider,’ she explained.

‘We’re on a fixed rate, we can’t move to a better rate. I think in today’s climate there probably isn’t a better one anyway.

‘My electric has gone up probably about £40 a month, incrementally. I’ve noticed every couple of months I get a new letter saying my direct debit has increased.

‘Because I’m a single parent that works, I’m over the threshold for any help so I’ve still got to pay for my children’s school meals and things like that.

‘But obviously I’m still on one wage and I’ve got to pay my mortgage and everything. I feel I’m in a bit of a bad place with that.

‘I think I’m kind of in the worst position. Sometimes I think I’d probably be better off not working at all, because I’d probably get help. It’s difficult.’

Joanne said she is just about affording her bills at the moment, but there’s little else left.

‘Somebody smashed into my car a couple of weeks ago and drove off,’ she said, pointing across the driveway to her badly damaged bumper.

‘My tumble dryer broke this week, I’m not buying one so I’m going on YouTube to find out how to fix it.

‘My children do after-school activities – dancing, athletics – which are quite expensive, so I’m starting to think I’ll have to start cutting out those, which is a shame. They don’t have much else to do, [and] I don’t want them hanging around the streets.’

Joanne continued: ‘I am worried about it. I’ve got nobody else to rely on for income – it’s literally all on me. It makes me extra stressed in work, because if anything happens to my job, there’s no backup.

‘I have a good job, work full time, I went to university and got a masters. But it feels like it’s still not enough.

‘I’m not sure what can be done. Some sort of cap, maybe. It feels like it’s spiralling out of control, everything. How supermarkets can get away with increasing everything so significantly, is unbelievable really.’

62-year-old Keith Bennett lives in Sandpiper Way in Duffryn with his partner. His costs have gone up too.

‘My benefits won’t cover it. I’ve just got to try and work it out. My houses aren’t warm anyway, they lose the heat very quickly. They were built in 1978. My thermometer is about 13 degrees in the winter – it’s like a freeze box.

‘There’s the council tax rebate but you’ve got to go online and fill in questions. One of my friends stated he was on one benefit, and he couldn’t get it.’

Keith has drastically cut his spending in recent months and asked for help from his son and daughter.

‘It’s frightening – I can’t afford to eat sometimes. My children put £20 onto my heating and say “there you go, have a bit more heat”,’ he said.

‘Or they’ll come around and cook me dinner and say things like “we’ll get the meat dad, you just get the vegetables”. That’s what it’s like.

‘My family helps me a lot. My daughter is a nurse and she’s struggling. Her husband is too, and they’ve got their own house and do as much overtime as they can.

‘If you sit down with a box of chocolates or a packet of crisps, it’s a luxury in a way. You just can’t do it now. If it goes up in October, you’re talking about millions in poverty. Where’s it going to end? What are people going to do – heat their homes? Or starve?

‘Crime is going to go up. It’s going to be atrocious for people. It’s people with young children.

Cath Williams, 55, works in Asda but only does 20 hours per week due to health issues, so her finances are strapped.

‘I can’t work many hours because of my health. It is a struggle,’ she said.

‘The electric has doubled. The heating, we had new systems one or two years ago. That made it soar. Before that, it was in with the rent. It’s all separate now.

‘I haven’t got savings, I can’t save. Everything goes on the house. If you want to do DIY, you’ve got to save for a month just to get a tin of paint. It’s not always been like that. I am coping, but it’s a struggle.

‘We need more help. I am on universal credit, but if I do any overtime they just take it off me. So I either work all the hours and get none, or the other way around.

‘Does it worry me? It does and it doesn’t – if you haven’t got it you can’t pay them. When you get older, it’s not nice to go into the debt. They could help with the VAT or something, I think.

‘I’m on my own and I’ve noticed costs going up, and that’s not by a penny or two like it always does. A packet of frozen chips is going up by 30 or 40p. It’s terrible.’

He adds: ‘I’m better off than a lot of people. I’ve got my pension, it’s not as if I’ve got to get up and [work] nine to five. It must be terrible if you can’t buy the kids a packet of sweets.

‘Something’s got to give somewhere.

For many Brits, the situation isn’t looking good.