WHEN Deborah Kilby became pregnant for the fifth time both her and her husband were excited and terrified.

Terrified because while the mum had previously given birth to a healthy boy in little Max, she had also suffered three miscarriages. 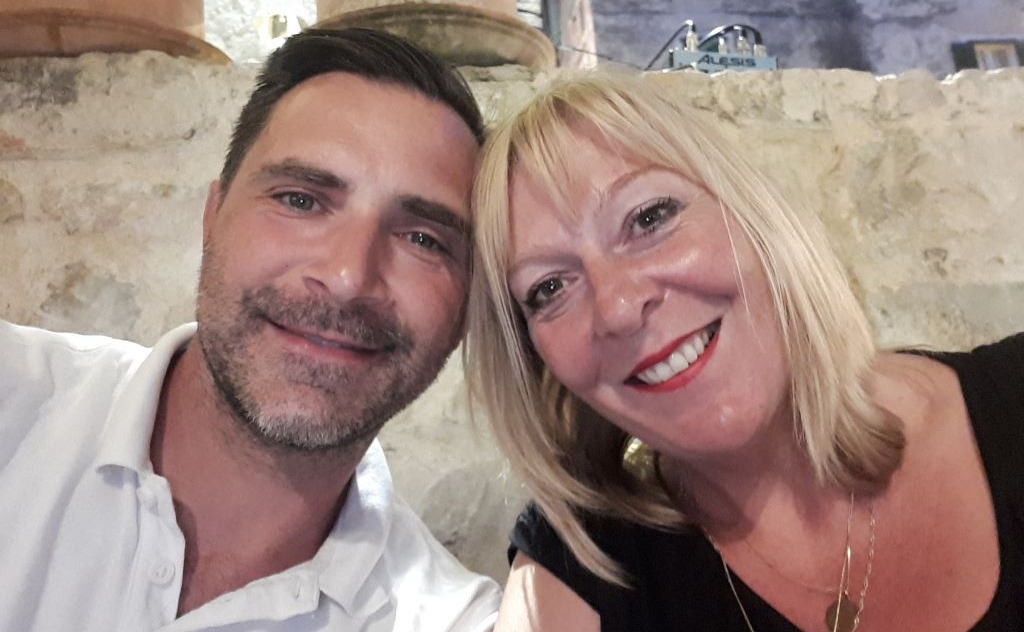 In 2010 Deborah, now 51, from Tooting in South London, became pregnant with Rosa.

But it was not to be the happy dream she hoped for.

This time not because of a miscarriage but because while she was pregnant with Rosa, Deborah claims her unborn baby told her she was sick.

During the time she carried Rosa, Deborah suffered bleeding at nine weeks.

She was rushed to hospital for a scan, but medics found that Rosa's little heart was beating and soon, Deborah stopped bleeding.

But despite appointments and her 12 week scan going well, Deborah knew that something just wasn't right.

This week is Baby Loss Awareness Week, which aims to highlight the trauma of losing a baby and offers others the chance to share their experiences.

Here Deborah recalls her miscarriages and how she had to make a heart-breaking decision.

Losing my daughter Rosa at 16 weeks of pregnancy has been the greatest gift I’ve ever received.

Of course at the time this is as far from what I was feeling as you can possibly imagine.

Because the full story is, I didn’t lose Rosa because of some dreadful accident, or unexplainable miscarriage. I chose to release her. And it was one of the hardest decisions I have ever had to make, or wish to make ever again.

Rosa’s story starts in August 2010 when my husband and I found out we were expecting. This was the fourth time we had become pregnant since being blessed with our son Max in 2007. Between 2007 and 2009 we lived through three miscarriages. Surely this one would be ok, we hoped.

Being pregnant with Max was easy, fun and exciting. His birth was not what I had expected and because of the shock and fear I experienced, this also affected how I felt about being a mum.

However, nine months into motherhood and the traumas nicely buried away, we fell pregnant again. This baby news was something of a surprise but welcomed and we felt we could conquer all practicalities and wasn’t it great that they would be so close in age.

But a week before the 12 week scan I started to bleed. The bleeding didn’t stop and eventually I had to be rushed into hospital. That was my first experience of miscarriage and the overwhelming helplessness and loss of my little one. My failure.

I picked myself up relatively quickly quoting all sorts of statistics at myself about one in four women lose their babies and generations before pregnancy testing women didn’t even know they were pregnant and so miscarriage was normal and you just got on with life.

I didn’t ask for help and I didn’t allow myself the time or the space to grieve and acknowledge my hurt and disappointment.

What is a miscarriage and what are the most common signs?

A MISCARRIAGE is the term used when describing the loss of a baby in the second trimester of pregnancy.

A miscarriage is the loss of a pregnancy during the first 23 weeks.

There are many reasons why a miscarriage can occur, but the majority are not caused by anything a mother has done.

A common cause is thought to be abnormal chromosomes in the baby.

If a baby has not enough or too many chromosomes, it will be unable to grow or develop properly.

Miscarriages that happen during the second trimester of the pregnancy (between weeks 14 and 26) can sometimes be the result of an underlying health condition in the mother, but this is not always the case.

Many women who miscarry go on to have successful pregnancies in the future.

What are the signs of a miscarriage?

'MY HEART HAD CLOSED'

Over the next two years I conceived easily but they didn’t stay longer than eight and twelve weeks. By this time my heart had closed, but I wasn’t aware of the effect of all this loss because I didn’t allow myself to feel it.

And then along comes Rosa. I was both excited and terrified of how this pregnancy would go. I did have some bleeding at nine weeks into the pregnancy and rushed to the hospital for a scan – thank goodness all was well with her little heart beating away. The bleeding stopped.

I then had the strangest experience one night when I was reading in bed and I heard the words come from outside of myself – “mummy I’m sick”.

I told my husband and we put it down to the obvious fear I was experiencing because of our last three miscarriages. But somehow I knew – despite all the scans, including the 12 week scan – that something was very wrong.

I am now aware that I am intuitive with the ability to tune into the energies of people here and in spirit. I didn’t know that back then but when I think of her little words coming to me, gently preparing me, I hold onto that connection we so clearly had. That we all have as mums in fact.

After a number of incidents, my knowing that something was wrong was finally confirmed medically and Rosa wasn’t developing as she should be due to genetic complications. I was told Rosa was unlikely to make it to full term and if she did, there was no idea what quality of life she would enjoy.

The hospital phoned me with the results of the tests and my heart and my world broke. How could this possibly be happening to me? What had I ever done to deserve this pain?

Again, not only would I have to potentially endure the loss of yet another much wanted baby, and this time at a stage where I would have to experience birth; but then again, maybe I wouldn’t.

But if she survived, how long for? What would her life be like? What would our life be like? I’d just turned 40 and what if she did survive but needed looking after – would that eventually fall to Max  as we got older and entirely dictate the path of his life? How would we cope?

The miscarriages were taken out of my control. This was a whole other level – I had to make a choice, together with my husband, but ultimately it felt like mine. I can safely say from that moment on I don’t believe I was present in this world.

I can barely remember the next few days. When the midwife gave me the pill that would end her life, I wanted to throw up then curl into a ball and die with her. But life has a way of keeping you going in some form and for me that was our beautiful Max and the love of my husband.

By giving away love through the choice I made, she gave me back myself. And my whole world has changed beyond my imagination

The birth is a blur but I can recall the physical and emotional pain as my husband and I said hello and goodbye to her. We knew then it was a girl.

I shut down then. I didn’t want to know. I told myself it was just something that happened and to get on with it. But I wasn’t really there. The hospital said they arranged funerals for babies and my immediate reaction was no – she wasn’t a baby. Shocking at how much I tried to deny this experience. But we don’t act sanely in these moment.

Eventually, I started to wonder more about Rosa. Why, and why me? Where is she, who is she? And how am I ever going to come through this.  With the most amazing support from the charity ARC – Antenatal Results and Choices – eventually we chose to go ahead with the funeral. It was the most beautiful, poignant moment and the start of my healing.

As I was sitting in the garden afterwards, I allowed myself to see how I was truly feeling for the first time since that very first miscarriage. It wasn’t pretty! The loss, the sense of being a victim, being a failure, being undeserving of any joy, being a terrible, if not evil person.

The deep shame about the choice I’d made was so intense I hadn’t told anyone except close family and a handful of friends. I don’t know what my colleagues thought at the time, all but one had no clue.

Most of all however, was this overwhelming bitterness I felt.  I’d see a pregnant woman and really try to feel happy for her and all I came back to was – but what about me? Why them and not me? This was the feeling I loathed the most as it felt against my very nature.  “This is not me”, I thought.

And then it struck me – who is this ME – that doesn’t want to be bitter and angry and sad and closed off. It was then I went on a journey to find that ME. That part of me that wasn’t all these negative emotions created by the layers of life, but the real ME. I was loving and happy and adventurous and believed in miracles and possibilities.

And this is why I am forever grateful for our beautiful Rosa. By giving away love through the choice I made, she gave me back myself. And my whole world has changed beyond my imagination.

At 42 I gave birth happily and easily to another gorgeous boy, Samuel. I thought I may need counselling throughout the pregnancy but I didn’t, I just knew deep down that all was well. By addressing and clearing my experiences through energy healing practises, and ultimately forgiving myself, I knew he was meant to be. He is my miracle.

It is my utmost passion to help others’ realise that they do not need to be defined by their experience, no matter how bad they feel about it, or themselves, or feel stuck in their emotions. And indeed on the whole I’m discovering there is always a much bigger picture behind baby loss. There are many gentle and beautiful ways to feel whole and at peace with yourself and your life.

I am now a spiritual guide and energy healer helping others’ to release the traumas and the layers of life that are thrown at us. I help them understand their experiences at a deeper level and gently guide them to reconnect with themselves and see the powerful, exquisite and unique beings they are. 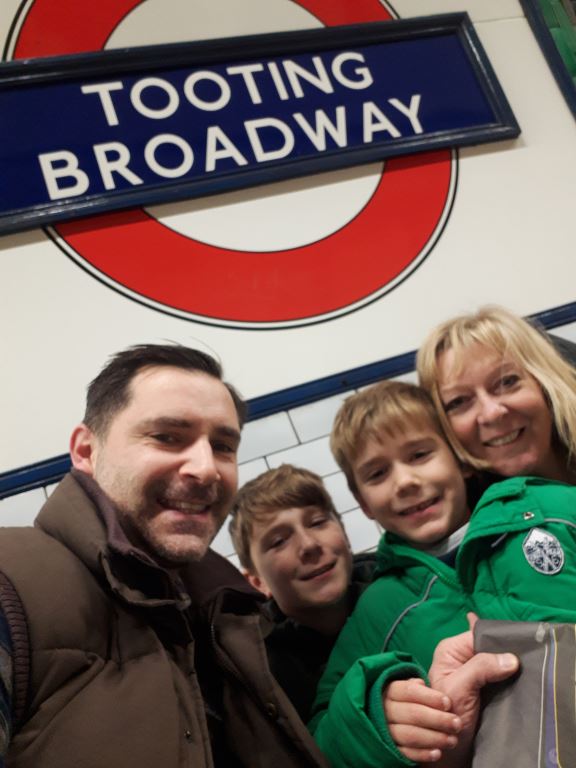