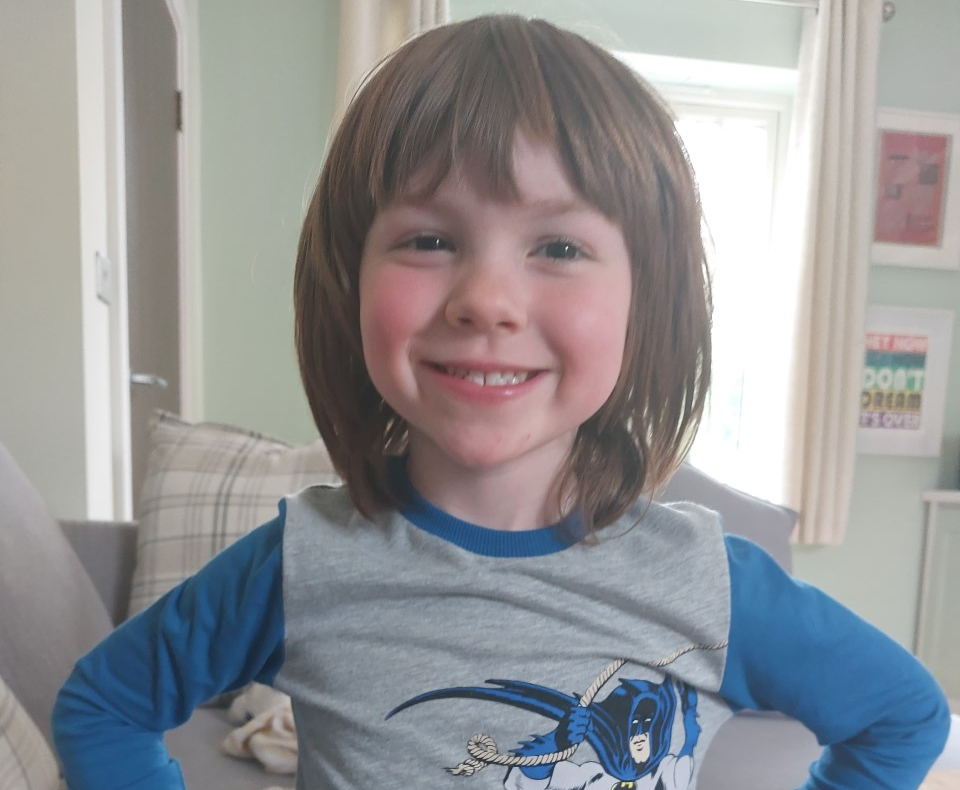 This week, the impossible happened. The day I thought would never come arrived and my mind is officially blown.

My little boy, Theo, did his first taster days at primary school.

I know, I know, kids start school every year and it’s not a big deal to any of you.

But I cannot believe that the little boy I cuddle into every night until he goes to sleep and find myself still feeding (very occasionally, I promise. It’s definitely not every night…), is now nearly five years old and going to school in September.

In so many ways, Theo is still very much my baby.

He is so affectionate and loves nothing more than snuggling into us on the sofa.

Learning his letters doesn’t interest him yet and he loves us reading him stories, rather than trying to make out any words himself.

Yet, he has been so excited about starting school.

I had to remind him — again — that not everything in life is a competition, before explaining gently to Immy that it won’t be long before she’ll be going to school in two years.

As the days led up to his taster day — I say day, it was just two hours — I checked with Theo regularly if he was still feeling excited.

‘You’re not nervous?’ I cautiously asked, just making sure but concerned about putting ideas in his head.

Even in the morning, he was remarkably cool about the whole situation, putting on his clothes without needing to be told a gazillion times and eating breakfast without a fuss.

It was as me and my husband Tom, both holding his hands, set off to walk him that suddenly, it hit me.

I’d been so worried about how Theo was doing, I hadn’t really given too much thought to how I would feel. And suddenly, I felt sick. Sick to my stomach.

I couldn’t have even told you why at first. I was full of excitement, nerves, anticipation, and so many other emotions, it would have taken a lot of unpicking to unravel them all.

It was only when Theo strolled confidently into school, with barely a backward glance towards us, I realised my main emotion — heartbreak.

School is a completely different kettle of fish to nursery

Even as he was taking those steps into the reception class, I knew how important they were.

Maybe the fact that he took them so assuredly, without a wobble of the lip or the glisten of a tear in his eye, showed us that we had, inadvertently, prepared him well for this day.

Ever since he was a year old, he’s gone to nursery three days a week and although there have been some incredibly hard moments along the way and a hell of a lot of mum guilt, I know he won’t miss me and his daddy, that he’s well-versed in the routine of us dropping him off and picking him up.

He’s also used to being in a classroom with other children and listening to other adults.

So in many ways, he’d probably more prepared for this day than many other children and, as I watched one little boy cling to his daddy in tears and his mum run a quick hand over her eyes before persuading him to say hello to the teacher, I was infinitely grateful for that.

But equally, I’m all too well aware that school is a completely different kettle of fish to nursery.

At the moment, we can call up his room, at any point in the day, to see how he’s doing. Not that we do it very often, but the fact that we can, is extremely reassuring.

He has a key worker who we speak to every morning and every evening. They keep us updated on what he’s been playing, who with, what he’s eaten – which is usually everything.

At school, there won’t be any of that. With four adults — two teachers and two teaching assistants — looking after 60 children, there just won’t be time. I completely understand that, it’s not a complaint.

Yet, that means he’s going to be doing things I won’t know about, playing with new friends I don’t know and learning things I’ll probably never hear about.

He’ll have to find his own way around the school dining room, put on his PE kit without my help and, maybe later, face school bullies alone.

Don’t get me wrong, I know that’s the way life goes, that he is meant to do his own thing and I’m so, so excited for him to start his new adventures.

I just don’t think I was ready for it to happen so soon. My little ones are my whole world — I know their every scar, their every story — and the thought that I won’t be Theo’s anymore is crushing.

I spent the two hours he was there wondering what he was doing, how he was enjoying it and we went to collect him as soon as we could.

I tried asking him what he’d played with. ‘A transformer dinosaur toy,’ he answered vaguely, before moving on to more pressing matters – ‘Did you bring me something to eat?’

It was only the following night, as he lay next to me on the sofa, he casually mentioned he’d ridden a pedal bike at school.

‘Not a balance bike like you’ve got at home?’ I asked, incredulously. ‘A proper pedal bike?’

He nodded, not taking his eyes off the television.