“My life was on the line,” said Kimberly of her fifth pregnancy loss in June 2020.

James and Kimberly Van Der Beek have teamed up with Red Cross to promote blood donations after the couple’s experience with a recent life-saving transfusion.

During an interview with People, the pair explained how their fourth pregnancy loss in November 2019 and fifth in June 2020 left Kimberly in an extremely fragile state. 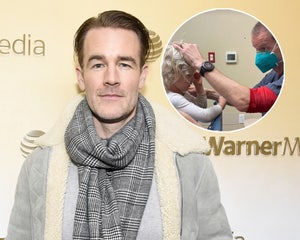 “My life was on the line,” Kimberly, 39, said. “What saved my life was blood transfusions, people who donated blood. Without them, I probably would not be here.”

James and Kimberly — who share Olivia, 10, Joshua, nine, Annabel, seven, Emilia, five, and Gwendolyn, two — are still dealing with the aftermath of their losses, as Kimberly explained how “the grief comes in waves.”

“You can have in one moment complete and utter joy, and in another moment grief wants to wash over you. It can rear its head unexpectedly. And it does.”

James added, “There’s a lot of shock, absolute dread, disbelief and then helplessness accompanied by fear. But you go through it and you take it breath by breath. You have to let it unfold at a pace that works for you.”

17 Celebrities Who Have Bravely Shared About Their Miscarriages

They went on to say they have been “authentic and honest” about the healing process with their five children, who witnessed their mother pregnant one moment and then rushed to a hospital the next.

Their move to Austin from Los Angeles has proved beneficial for the entire family as well. 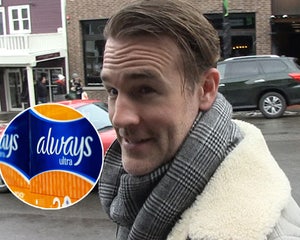 As for partnering with Red Cross, the “Dawson’s Creek” vet, 44, said it was an obvious choice.

“It’s one of those donations that is most direct,” he said. “It doesn’t cost any money and it’s literally lifesaving. It’s an amazing way to help out humanity in general.”

Kimberly noted, “Everybody has spent a year inside at home not thinking about donating blood, and that results in a shortage of blood available. Summer comes with plenty of reasons for blood transfusions. We support the Red Cross and this mission of giving blood.”