In this EXCLUSIVE interview, Jason Sudeikis reveals if fans can expect him to make a big return to ‘Saturday Night Live’ as Joe Biden.

Jason Sudeikis, 45, participated in many memorable skits during his run on Saturday Night Live, but arguably his best performance was every time he spoofed now-President Joe Biden, 78. Jason has not played Biden on the NBC sketch comedy series since 2019, when he made a brief return after starring on the show from 2005 to 2013. But now, with the former Delaware senator officially in the White House, it seems like it’s the perfect time for Jason to get back in action on SNL— right?

Well HollywoodLife asked Jason just that during the Ted Lasso season 2 premiere in Los Angeles on Thursday, July 15. “I don’t think so,” Jason said about the possibility of playing Biden again on SNL. “I don’t know. It’s not my call.” Jason’s answers weren’t too promising, but hopefully SNL producers give him the call to revive his Biden parodies. The fans are waiting! 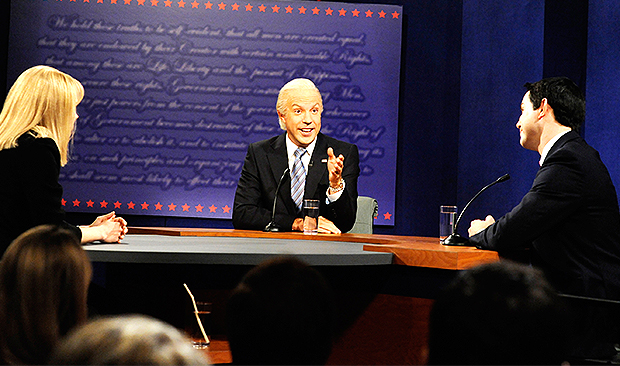 Jason initially joined SNL as a sketch writer in 2003. He became a featured player on the show in 2005, and then was upped to a repertory player the following year. Jason left the show in 2013, but not before he spoofed Biden in hilarious segments like the 2012 Vice Presidential Debate, where Taran Killam played Paul Ryan, the Republican VP nominee. Jason made guest appearances in 2015, 2016 and 2019, the latter of which he again poked fun at Biden in a skit about the allegations of the longtime politician getting touchy with women at events in the past.

On a few occasions, Jason has shared the key to his impressive Biden impersonation. “Well, they gave me a great set of false teeth…that was a big part of it, so you just can’t help but have a big, toothy grin there,” he said in a Nov. 2019 interview with The Kansas City Star. “But part of it was just a version of my dad, and just his openness and loquaciousness. … If you ask him a question, you’re going to get an hour-long answer. That, Vice President Biden and my father have in common,” the actor added. 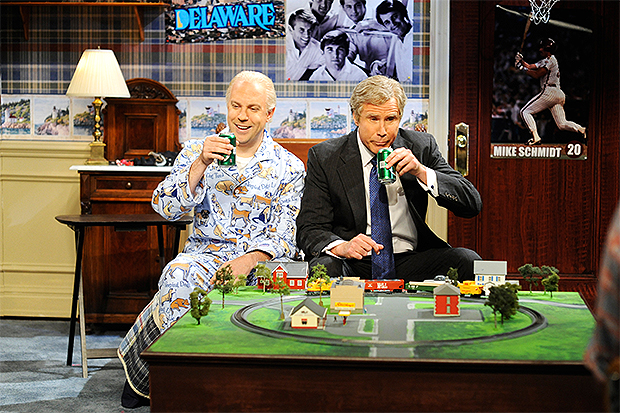