WITH just hours to go until Euro 2020 kicks off, you still have time to enter the best fantasy football game this summer and take on the likes of Jeremy Clarkson, the Beast, Rhian Sugden and Alan Brazil.

And you can even pocket yourself £50,000 if you win the whole thing!

The game is free to enter and after you’ve selected your team – simply click on ‘League Hub’ and enter the pin of which celeb’s league you’d like to join.

We’ve done the hard yards for you with this round-up of all the top leagues which include The Grand Tour’s Jeremy Clarkson, former Arsenal star Alex Scott and talkSPORT’s Alan Brazil.

“I love the big football tournaments because of the way they bring everyone in the country together.

“Seeing millions of people cheering on the boys together is brilliant, especially after the last year we have all had to endure.

“And Marcus and the rest of the boys aren’t bad to look at either.” 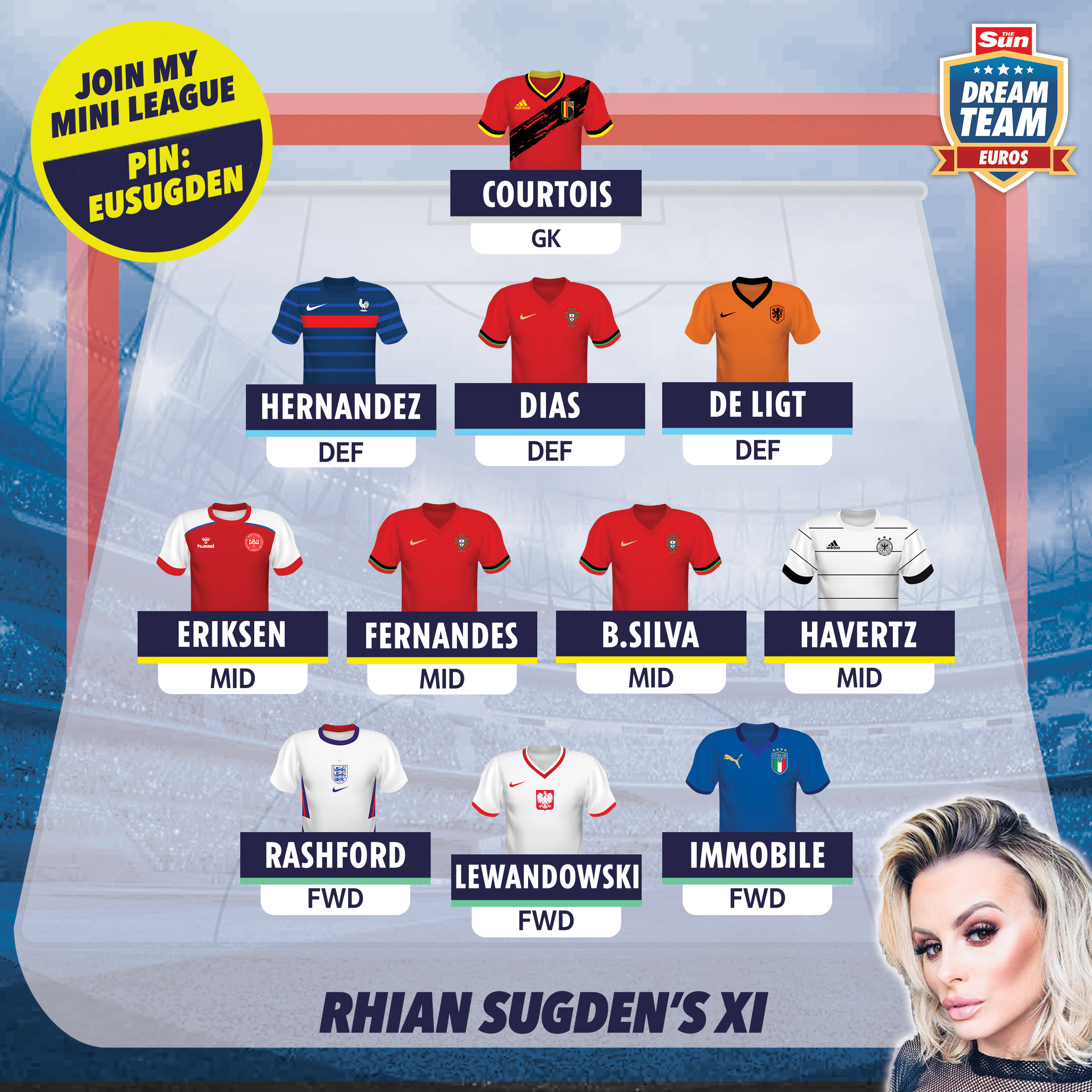 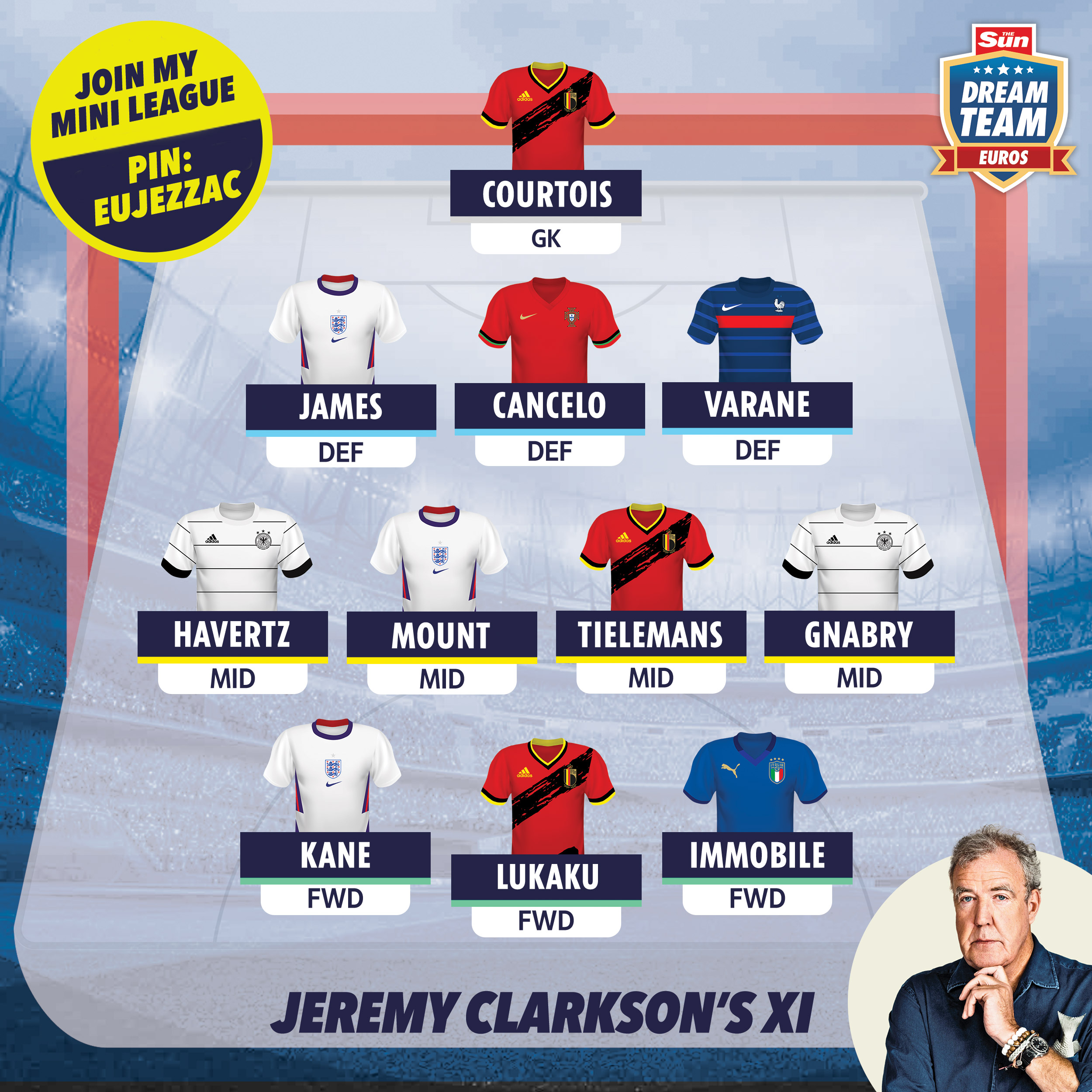 “This is easily the biggest and best fantasy football game this summer with a huge life-changing sum of money as the prize.

“What are you waiting for?

“This game is for everyone, so get involved and see if you can beat me!” 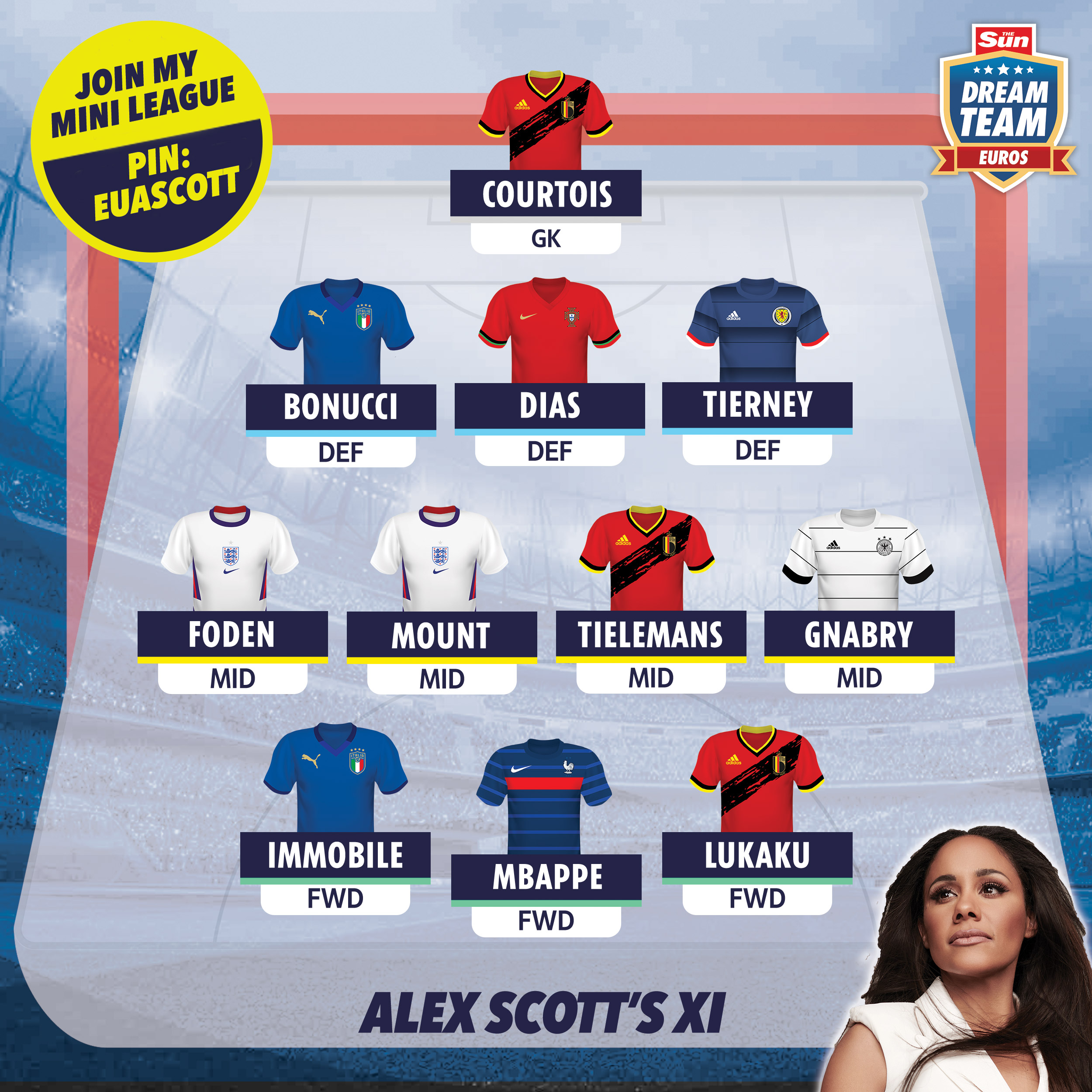 “Dream Team is giving away a huge £50,000 this year to the best performing manager in the Euros game.

“There’s literally nothing to lose. I can’t get wait to get involved.

“I’ve gone for pure firepower upfront with Kane and Mbappe and Ronaldo as I’m convinced one of those three will win the Golden Boot.

“But I couldn’t pick a team without a couple of Scotland stars. For me there’s few better than McGinn and Andy Robertson.” 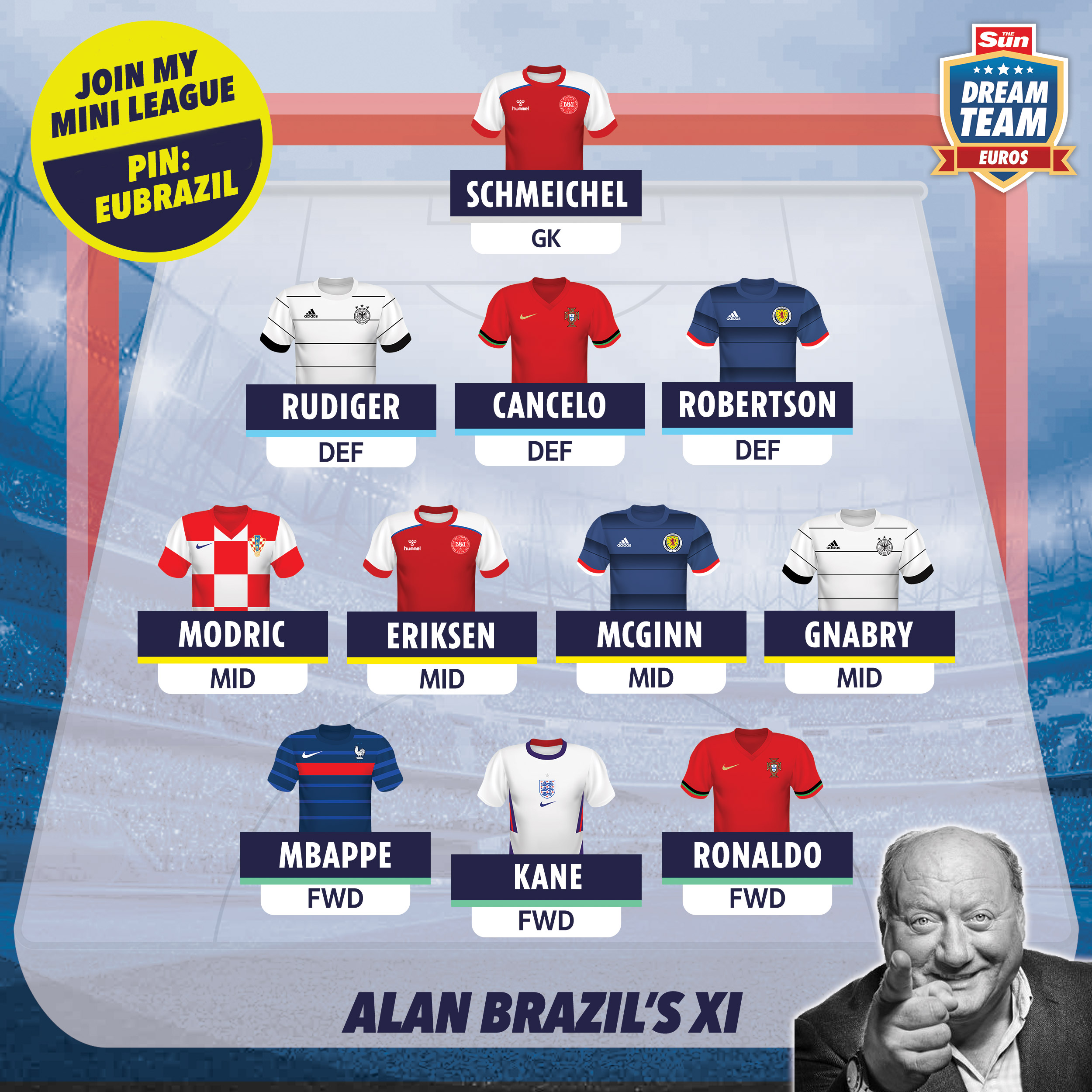 “My kids are now massively into football and it’s the first big tournament we’re going to be properly following England together, so to add another element to this and us picking my Dream Team together just adds another layer to it.

“Plus we’ve got loads of members at my Coolhand Fit24 gym who are going to get involved.

“They all think I know nothing about football and should stick to boxing, so I’m excited to show them who the boss is in my mini league with dream team.” 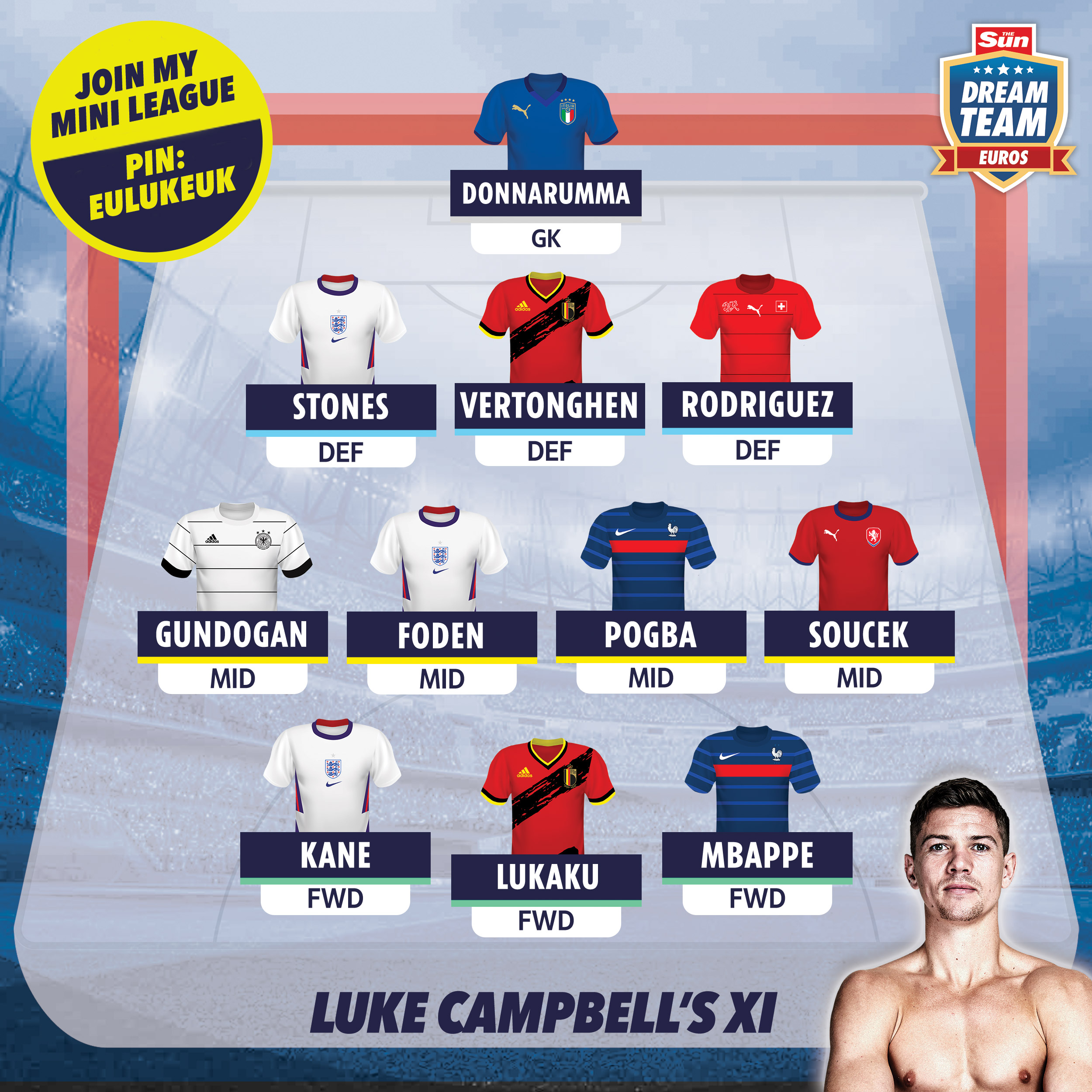 “I wanted to base the team around ex-Blades superstars Harry Maguire and Dean Henderson.

“However, head must overrule heart and pick players who will start against weak opposition.” 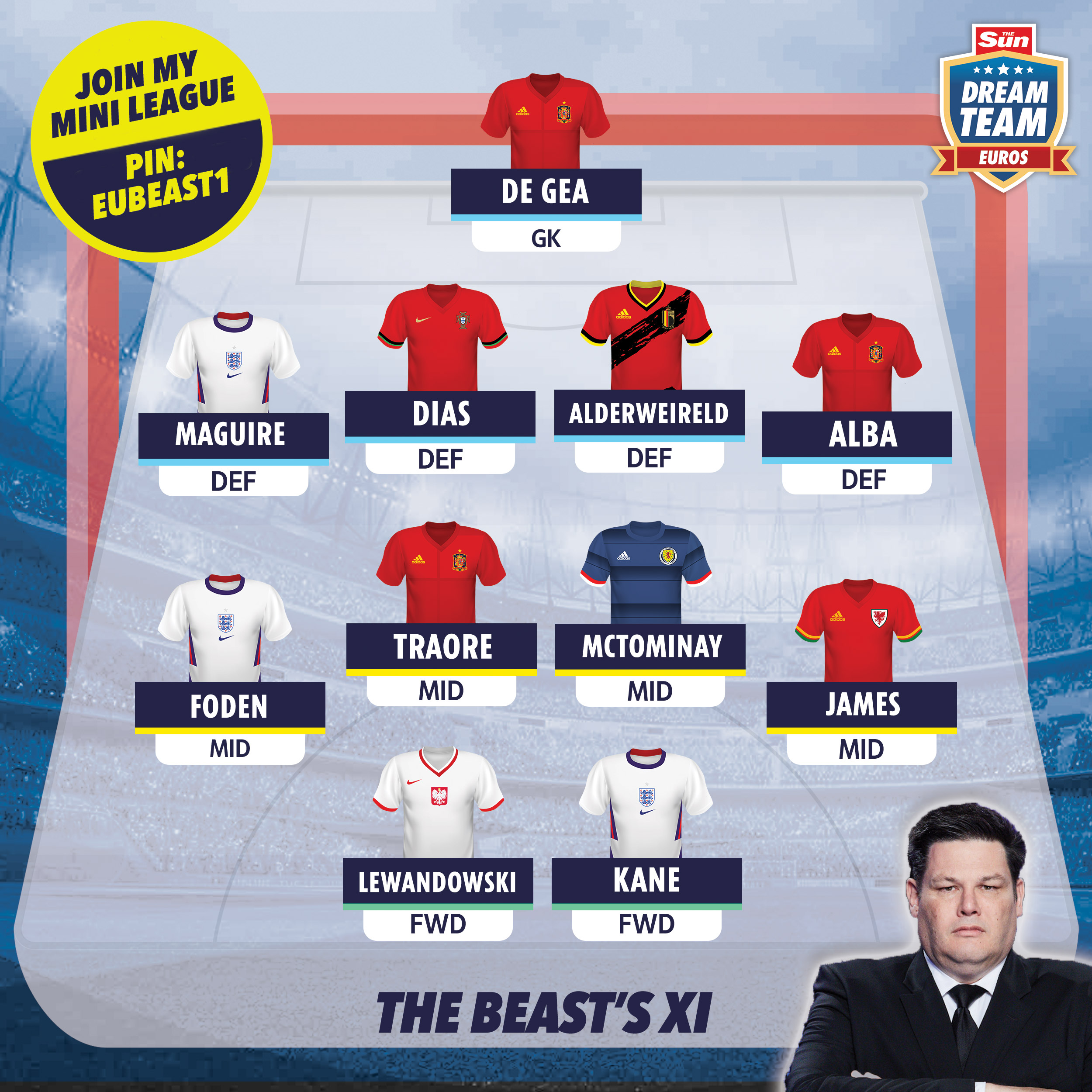 “My tip for the Euros is Italy so when it came to choosing my GK and some of my defence I had to get Donnarumma and Acerbi in there, they’ve got a great record under Mancini and look solid.

“Belgium have obviously become the team to watch out for this tournament, they’re #1 in the world with a relatively easy group, expect them to concede few and Lukaku to dominate the group stages.

“Wijnaldum becomes a different player for Holland, getting forward much more – I’m expecting goals and assists.

“I’ve partnered him with Eriksen who with Denmark I believe can have a pretty fruitful group stage.

“Silva, Fernandes and Ronaldo all get the nod even in a tough group as Portugal will be eager to defend their title and will lean on their big names.

“Lewandowski gets in the team as Poland’s group is there for the taking with him leading the line.” 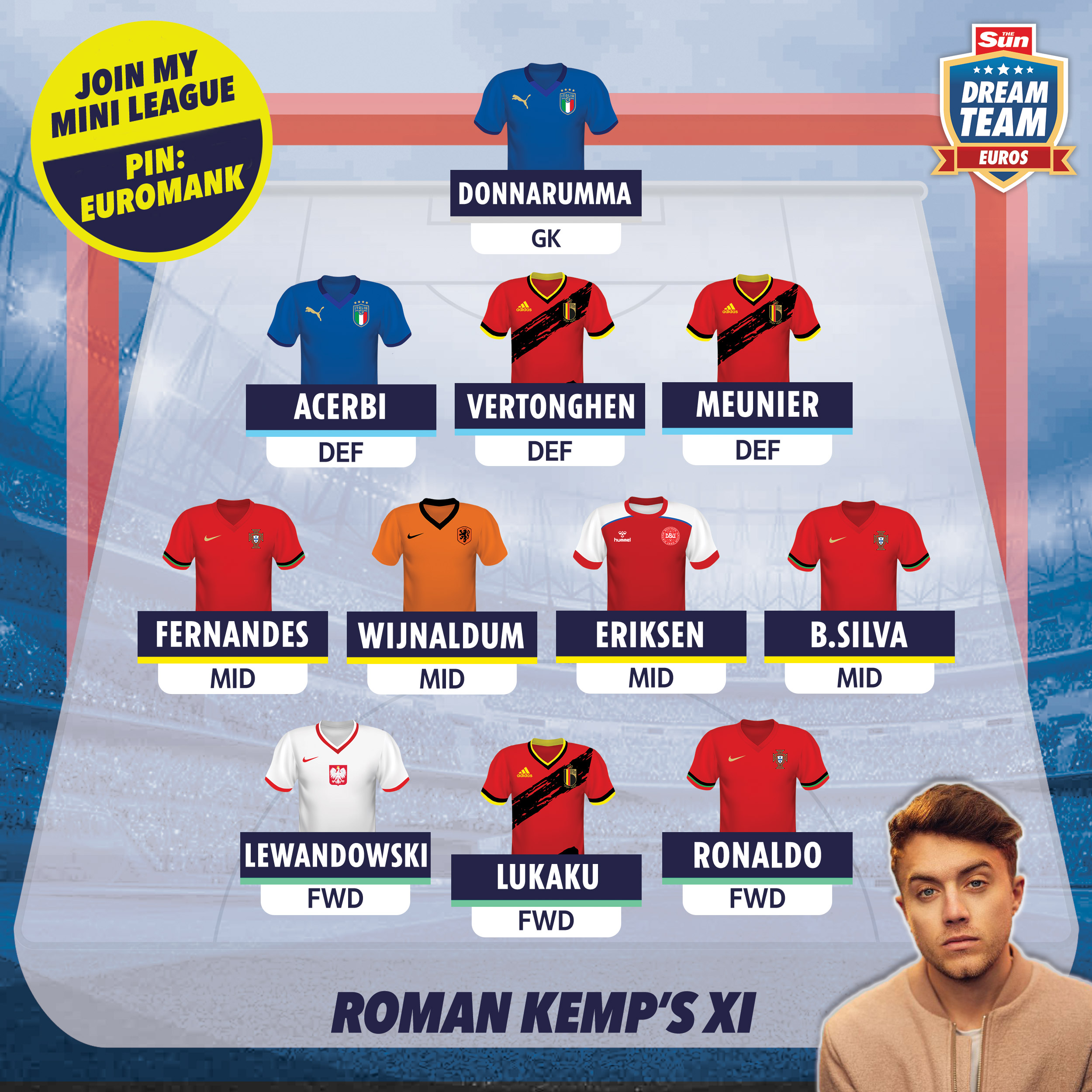 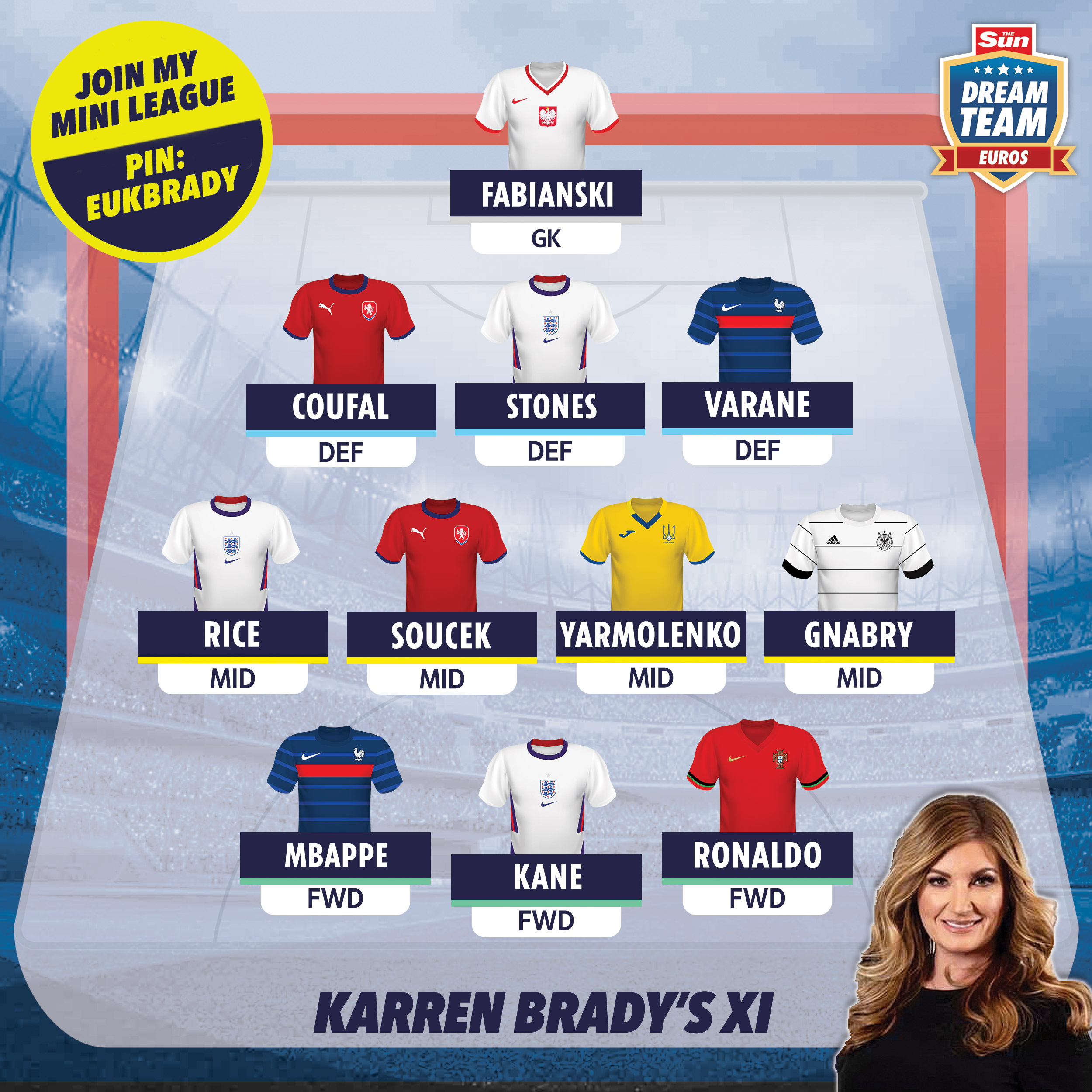 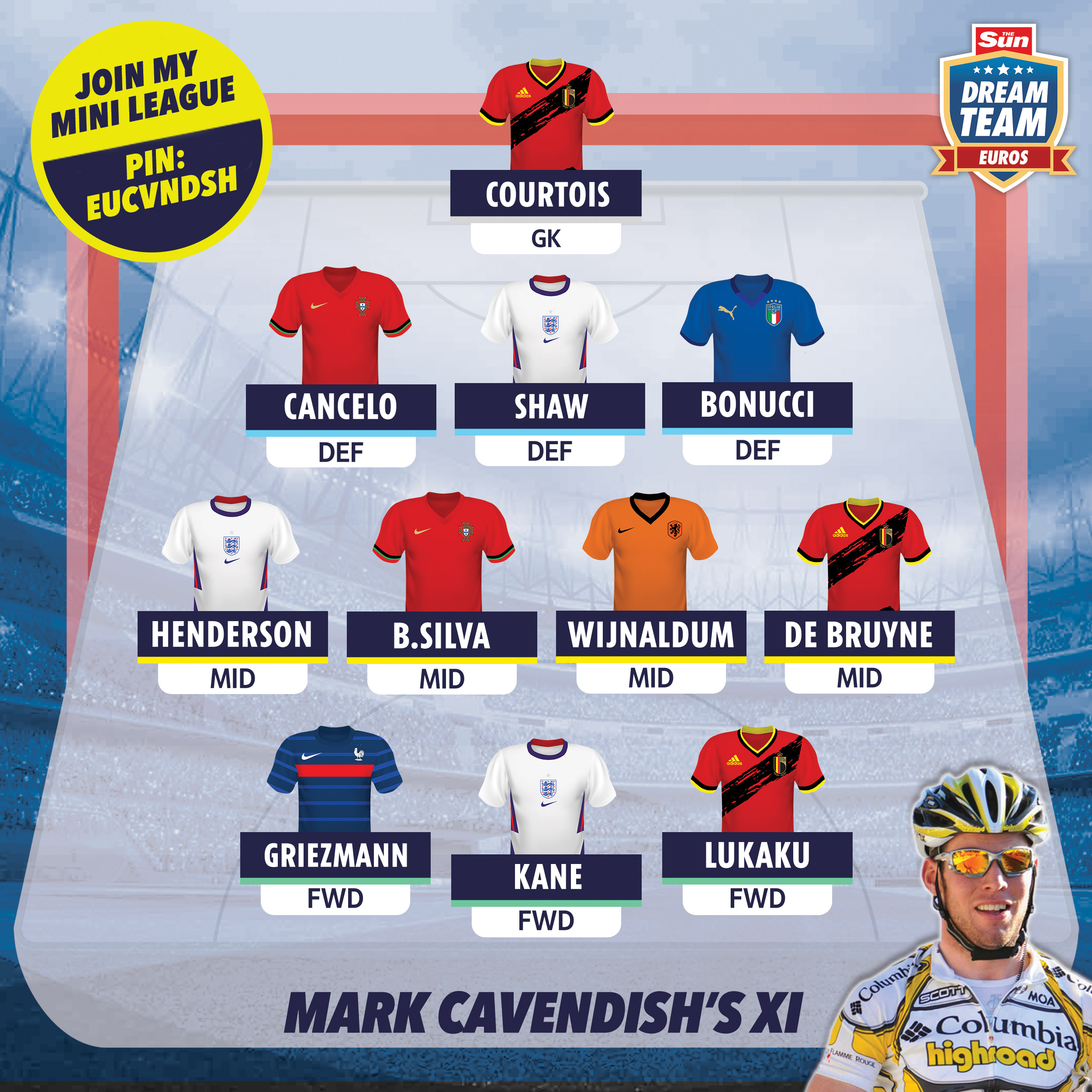 The premise will be familiar to many: pick the best possible XI from the players participating in Euro 2020 without exceeding a set budget – £50million to be exact.

Once we’re underway, you’ll have 20 transfers to use throughout the tournament to react to the unfolding drama.

Your players will score points based on their performances with goalkeepers and defenders mainly benefiting from clean sheets while the best midfielders and forwards will be the ones banging in the goals.

There’s also points for assists, hat-tricks, match ratings of 7+ – supplied by WhoScored – and the player with the highest match rating once the dust has settled will also be named Star Man – an accolade that earns them an additional five points.

Not only that, the overall winner at the end of the tournament will win £50,000!

That’s right, your football knowledge could earn you a life-changing amount of money.