The Kansas City Chiefs on Tuesday announced that outside linebackers coach Britt Reid has been placed on administrative leave following his involvement in a car crash that injured a 5-year-old girl. The crash occurred on February 4, three days before the Chiefs lost to the Tampa Bay Buccaneers in Super Bowl LV.

“We remain in the process of gathering information on the incident, and we will continue to assist local authorities as requested,” the Chiefs said in a statement. “Our focus remains on Ariel Young and her family. We have reached out to the family to offer our support and resources to them during this difficult time, and we will continue to pray for her recovery.”

Reid, the son of Chiefs head coach Andy Reid, was involved in a multi-vehicle accident on the night of February 4. KCTV reports that police said Reid’s truck hit a car that had run out of gas and then hit another car that was being driven by relatives of the driver of the first car. A woman in the second car told police she crawled out of the vehicle and asked Reid to call 911 because she had lost her phone in the crash, according to KCTV. 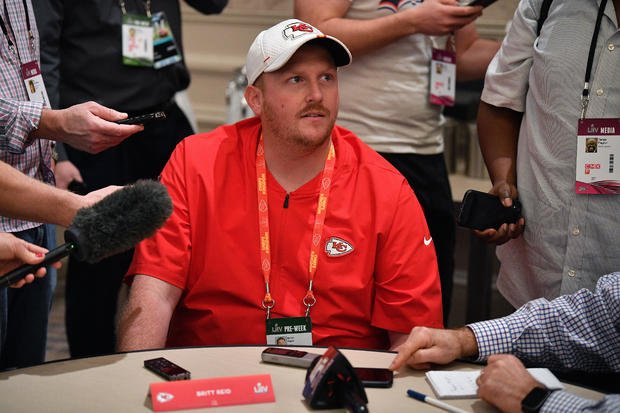 Police said in a search warrant that when they arrived on scene, Reid smelled of alcohol and his eyes were bloodshot, according to KCTV. When asked if he had been drinking, one officer said Reid told him he had “2-3 drinks,” KCTV reports.

Police have seized Reid’s cellphone to try to determine if he may have been using it prior to the crash, according to KCTV.

Reid has dealt with drug and legal issues in the past. In 2007, a judge likened the Reids’ home to a “drug emporium” and called Reid an “addict” after sentencing him and his brother, Garrett Reid, to jail time for separate incidents.

Reid joined the Chiefs in 2013, the same year his father was hired as head coach, as a defensive quality control coach. Reid has been an outside linebackers coach for the past two seasons.