Same-sex couple expecting their first child on Gibraltar slam the British territory’s ‘insulting and outdated’ laws, which refuse to recognise them as equal parents

A same-sex couple expecting their first child on Gibralatar are desperately trying to overturn ‘discriminatory’ laws on the overseas British territory to enable them both to be recognised as their baby’s parents.

Natalie and Katie Perez-Muldoon, who have been together since 2009 and had a civil partnership in 2016, say that as laws on the territory currently stand only Natalie, 40, who is pregnant with the couple’s first child, will be recognised on the birth certificate as the baby’s parent – rendering her partner ‘non-existent’ in the eyes of the law.

Katie, 34, would ‘have no parental rights whatsoever’ unless she applied to adopt the child, a process that she says is ‘insulting, costly and emotionally draining’.

A man is automatically granted ‘father’ status on a birth certificate if married or in a civil partnership with the birth mother under Gibraltarian law. 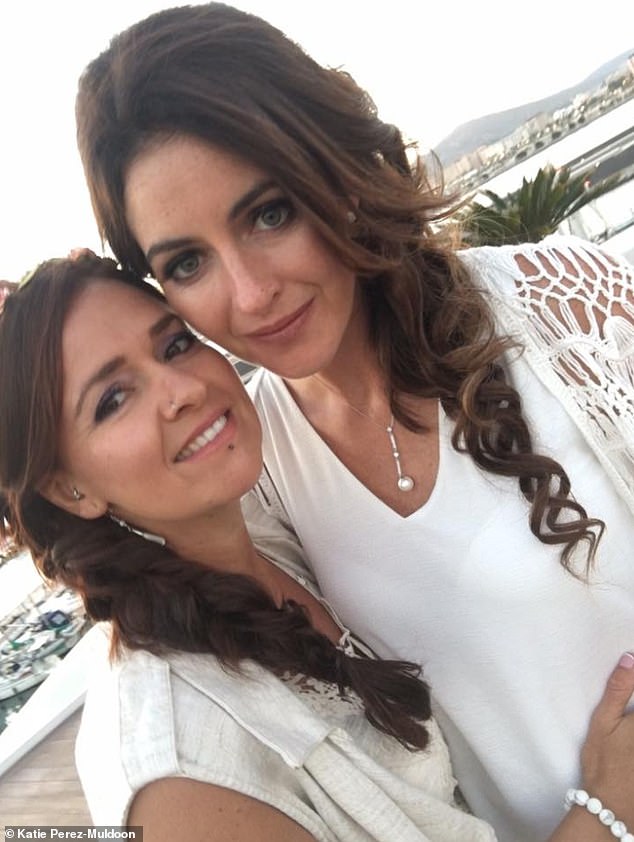 Non-existent: Parents-to-be Natalie and Katie Perez-Muldoon say only Natalie, 40, (pictured left) who is carrying their child, will be recognised as the baby’s parent under the current Gibraltar law 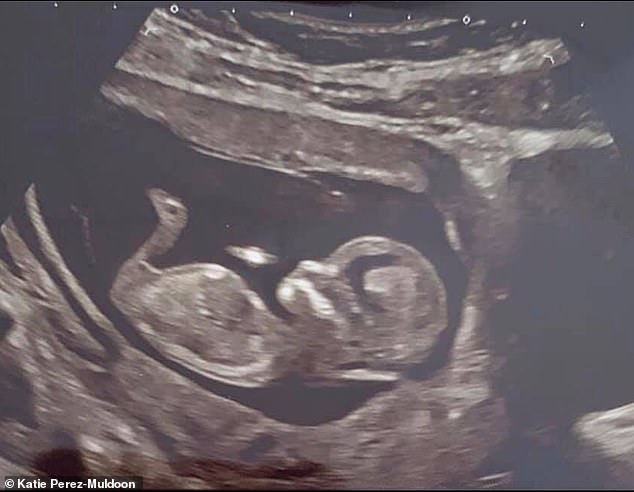 The couple, who have been together for nearly 12 years and had a civil partnership in June 2016, say as it stands Katie would have no parental rights over their child (pictured, a scan of the couple’s unborn child) 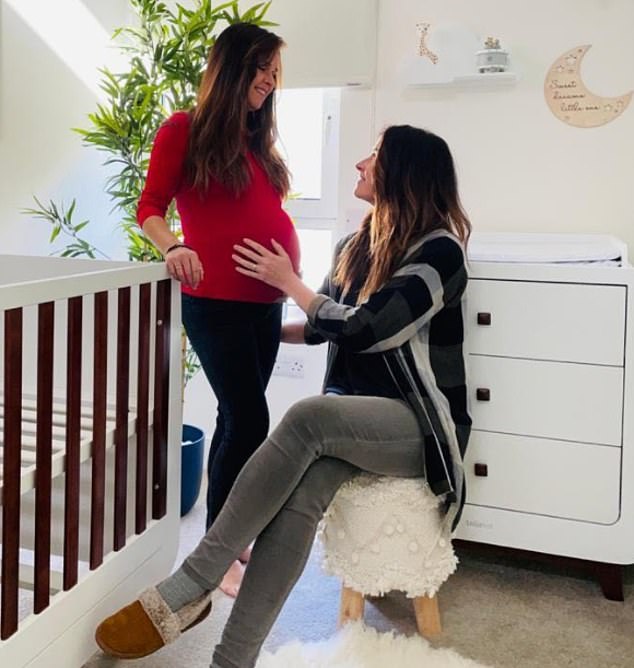 Katie says what should have been an exciting time for the couple has been tarnished by their battle to change Gibraltarian law, which currently refuses them equal parental rights 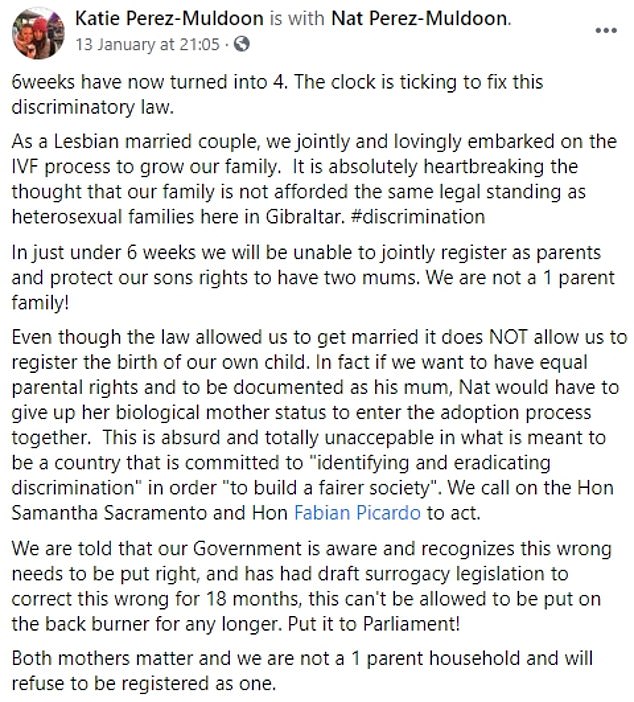 The couple have fought to bring the issue to the Government’s attention, even hiring a lawyer, and on January 28th, the Surrogacy Bill 2021 was re-published to ensure same-sex couples on Gibraltar could both be recognised as parents – however, until the matter is brought before Parliament, the couple say they’re no better off.

Gibraltar’s Parliament next meets on Friday 5th February, and the couple say, in theory at least, the territory’s Chief Minister could put the matter on the agenda at his discretion, something that would ensure they could both be legally recognised as parents at the birth of their child if it was pushed through.

The couple conceived using anonymous donor sperm and Natalie’s eggs after treatment at a Spanish fertility clinic. After starting IVF at the start of 2020, Natalie, who has lived her whole life on Gibraltar, fell pregnant in June last year.

Katie, who moved to Gibraltar in 2007, told Femail that they only discovered the laws last August, and have been unflinching in trying to get them changed in time for their new arrival. 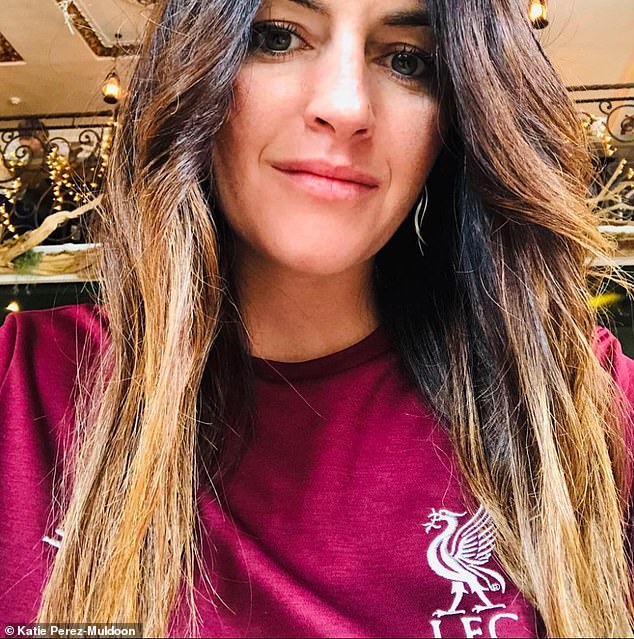 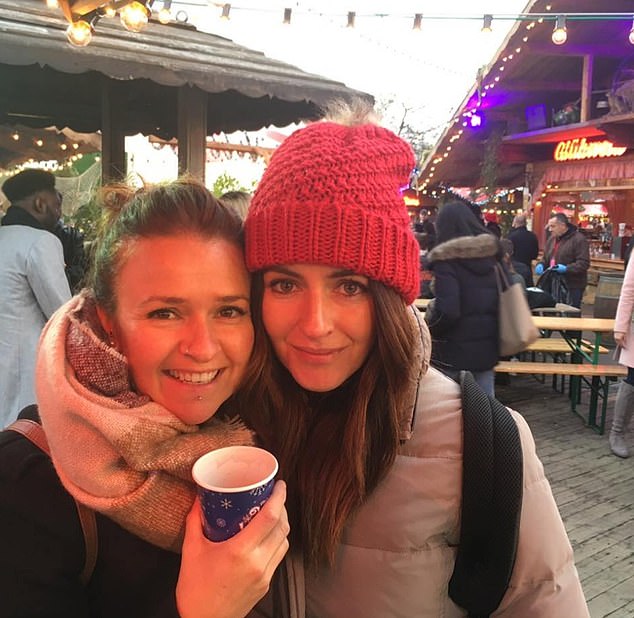 ‘We discovered in August the law had not been changed at the time of the Marriage Act or Adoption Bill provisioning for same-sex couples and we immediately engaged a lawyer who has been representing us in respect of communications with the Government.’

They say they were so distressed by the idea of not being officially recognised as their baby’s parents that they considered re-locating to the UK. The couple had a civil partnership in June 2016 because same-sex marriage wasn’t recognised by the territory’s laws at the time, although it was changed later that year.

Katie explains: ‘The impact on our mental health and the pregnancy journey has been quite taxing on our emotions. We’ve had many a sleepless night discussing our options, the strategy and even as far as considering moving to UK. The option of moving to UK was shelved due to Covid’.

The couple say they didn’t initally want to put their story on social media but last month decided to in a bid to try and push legislation through Parliament more quickly.

‘For the past six months, we’ve thought of nothing else but how can we push the issue higher up Government’s list of priorities and frustration with long absences of communication and any real action up until the past month when we took to social media.’

The couple were told ‘early on’ that the Government recognised the laws were outdated and needed to change but say they also told them that as a small territory, Brexit and Covid were dominating parliamentary issues.

They say they’re concerned that other couples in a similar situation living in Gibraltar could be in for a long wait due to red tape.

Katie says: ‘The same administration drafted and published the previous surrogacy bill in 2019, which never made it to Parliament hence our very real concern that until this new one does, we can’t rest peacefully.’

WHAT ARE THE UK’S SPERM DONATION RULES?

Sperm donation is commonplace in the UK and used to help people start families when they can’t have children of their own naturally – if, for example, a male partner is infertile, if both parents are women, or if the mother is single.

Clinics in the UK are not allowed to pay men to donate sperm, except up to £35 to cover expenses such as travel. More may be offered if accommodation is necessary.

A law change in 2005 means men can no longer donate anonymously and must agree for any children born from their sperm to be able to find out who they are after they turn 18.

However, a donor father will never be required to parent the child or pay child support.

Sperm donors are usually aged between 18 and 41, although older donors may be allowed in some cases.

A donor will visit a fertility clinic once a week for between three and six months to make a complete donation – at each visit the donor will ejaculate into a cup and their sperm be frozen.

Donated sperm cannot be used to create any more than 10 families per donor, and the donor is allowed to withdraw his consent at any time until the sperm has been used.