Home » Lifestyle » Losing my religion: facing the trauma of leaving a faith

Sherrie D’Souza can still see the look on the faces of “friends” when she first encountered them in the street after abandoning the Jehovah’s Witnesses in 2017.

“The absolute disgust and utter disdain – sometimes even anger – said ‘how dare you leave’?” she remembers. Those who still believed would no longer speak to her for quitting the apocalyptic faith after four decades. 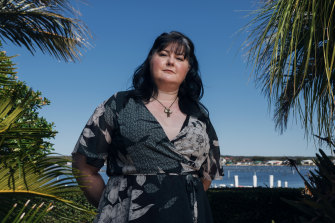 Sherrie D’Souza says she is still rebuilding her life after abandoning the Jehovah Witnesses faith four years ago. She is spearheading the first Australian Recovering from Religion (RfR) support group.Credit:James Brickwood

“Immediately my heart would start hammering and I would lose my breath and I would feel hot. It’s such a mix of emotions… I was angry at the narrative being told that I was wicked and evil when I had left because of the religion’s wickedness and evil.”

Four years after finally quitting the faith that “robbed” her of so many opportunities, a decision that she said led to family and friends shunning her, D’Souza is still rebuilding her life. But today the 46-year-old is spearheading the first Australian Recovering from Religion (RfR) support group, which allows those grappling with questions and doubts about believing to meet and express themselves in a safe space. 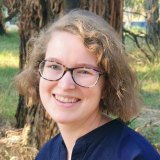 Caroline Winzenried, a psychotherapist, treats patients struggling with the effects of indoctrination by high-control religions.

With the number of Australians who have no religion increasing to nearly a third in the 2016 census, and recent studies suggesting that the figure could be higher, similar organisations have appeared across the country in the past few years.

Some members, like D’Souza, identify as survivors of religious trauma syndrome (RTS), a term coined by US-based psychologist Dr Marlene Winell in 2011, although not featured in the Diagnostic and Statistical Manual of Mental Disorders (DMS), considered the bible of psychiatry.

Caroline Winzenried, a psychotherapist based in Boronia, Victoria, is one of what’s thought to be a handful of counsellors in Australia treating patients struggling with the effects of indoctrination by high-control religions, whether they’ve quit their faith or still embrace it.

“It’s definitely a very real phenomenon,” she said. “We can’t say that all religion is making people suffer, but I think there are some teachings and practices in some that are really damaging.

“People with religious trauma sometimes present with anxiety, depression or post-traumatic stress disorder (PTSD), so they might get diagnosed with one of those.”

She added that religious trauma presents differently depending on the person, their background and experiences.

The formation of the Sydney-based Recovering from Religion (RfR) group nearly 18 months ago, operating under the auspices of the US-based non-profit established in 2009, was borne out of D’Souza’s own struggle to find help after she quit the Jehovah’s Witnesses.

Raised by two followers the activist, who lives in Camden in south-western Sydney and works in healthcare, was the only Jehovah’s Witness among about 700 students at her school and was constantly teased.

“Saturday mornings when we went preaching door-to-door were an emotional rollercoaster of fear, anxiety and praise,” D’Souza says. “But I was indoctrinated to believe that I would live forever, in paradise, on Earth.”

She left school after year 10, never pursued university – which she says the church discourages – and began carrying out 90 hours a month of voluntary door knocking. In 1999 she married Sasha D’Souza, then a full-time volunteer. Although they wanted kids, they decided not to pursue IVF in case they had to destroy embryos later and go against the teachings of the Jehovah’s Witnesses and the Watchtower Bible & Tract Society of Australia, the non-profit that governs them.

In 2012, her husband began to “wake up” to the religion, as D’Souza puts it, over what he viewed as inconsistencies in its teachings, culture and history. By 2015 he had left the Jehovah’s Witnesses. D’Souza quit the meetings but remained a believer until she read a 2016 report by The Royal Commission into Institutional Responses to Child Sexual Abuse which found that the Australian church failed to protect children in its care from sexual predators. It was the final straw.

“It was a very destabilising time, you lose your sense of identity,” says D’Souza, who no longer has any contact with her family. “You can’t describe it to those closest to you because they’re still in the religion.”

The couple were “disfellowshipped” in November 2019 after speaking out against the Jehovah’s Witnesses.

Although she sought professional counselling beginning in 2017, D’Souza realised that there needed to be a way for ex-believers to share their stories. After hearing about RfR via a US-based friend, she decided to start a Sydney group. Today it has 252 members, with those who have been associated with Pentecostalism, the Anglican and Baptist churches and the Jehovah’s Witnesses dominating the group. There are also members with experiences of Catholicism, Mormonism, the Exclusive Brethren, the Mennonites, Islam, Judaism, Buddhism and the Falun Gong movement.

Normally up to 26 members attend meetings – now held online due to COVID-19 – with up to four newcomers each time. 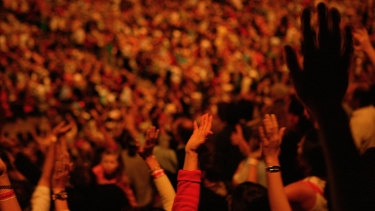 Today RfR has 252 members, with those who have been associated with Pentecostalism, the Anglican and Baptist churches and the Jehovah’s Witnesses dominating the group.Credit:Michele Mossop

“The topics that come to the surface tend to be gender and sexual identity, raising children differently from how you were raised, fear of telling your family and spouses about your doubts, childhood indoctrination and early trauma,” says D’Souza.

There are plans for a Perth group. D’Souza says that the Australian branches may be used as a template for versions to be established in Ireland, New Zealand, Spain and other countries.

Dr Heidi Nicholl, the CEO of Humanists Australia (HA), a new Melbourne-based charity for those with a secular world view, says they are seeing a need for support for people who were or had been associated with religion. HA does not offer professional counselling, but she says that HA are hearing “every day directly from large – and increasing – numbers of people who have been actively traumatised by their years in [organised religion]“.

“The sort of ongoing ‘tough love’ that tries to force you to conform to church ideals can take a huge toll,” says Nicholl.

One HA member, Les Allan, has set up the Melbourne-based Ex-Religious Support Network (ESN). Allan, 65, who has been in the secular space for decades, says it is believed to be the first of its kind.

While it does not offer professional counselling, ESN has a strong relationship with Winzenried and a Facebook page with 233 members who can contact each other at any time about anything. A separate group with 184 people is for monthly gatherings, at the moment held online. Between June and July this year they had 30 new members, and Allan has been contacted by people expressing interest in setting up Perth and Queensland-based groups.

“I gave … so much of my life, to religion and I’ll spend the rest of my life trying to make sense of that.”

“I had a major breakdown at the end of 2019. Religion was the cause and I’m struggling to find my identity at the moment,” he says. “I want to tell my family, but I just can’t because I know the effects it would have on me and them. It’s a struggle every day.”

Turning 40 this year made him confront even more missed chances to explore his career, hobbies, and travel.

“If I wasn’t constrained by the purity of religion, I would have dated and not rushed to marry,” he says.

“Yes, I gave my life, so much of my life, to religion – and I’ll spend the rest of my life trying to make sense of that,” she said. “But I can do something with the life I have now.

“I have to help others to make sense of the madness and all of the things that I’ve lost.”

*Not his real name

Most Viewed in Lifestyle