A southwest Louisiana man was charged with federal hate crime and kidnapping charges Thursday by prosecutors who said he tried to kill and dismember one of three men he abducted after luring them using social media and a dating app. 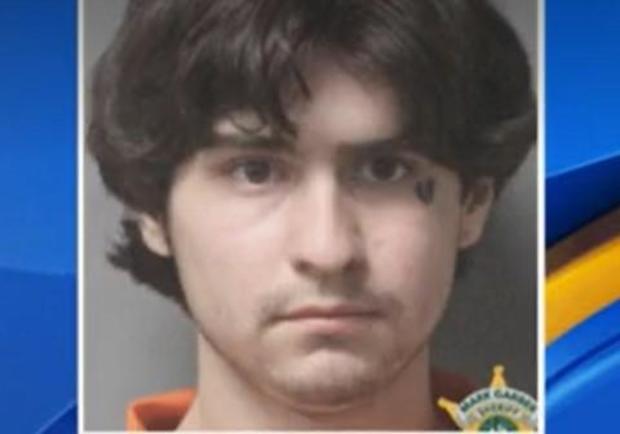 Chance Joseph Seneca, 19, of Lafayette, was charged Thursday in what a Justice Department news release called “an overarching scheme to kidnap and murder” gay men. The indictment said Seneca intended to keep parts of a victim’s body as “mementos, trophies and food.”

Along with Thursday’s federal indictment in Lafayette is a newly unsealed affidavit that says Lafayette police responding to a call from Seneca last June found Holden White, 18, severely injured in a bathtub with strangulation marks on his neck and “wrists slit to the bone.”

CBS affiliate KLFY-TV reports the indictment further alleges that Seneca tried to cover up his actions by deleting communications between himself and the victim of the attempted murder.

The affidavit was filed in August by an FBI agent and was based on information from Lafayette police and a conversation the agent had with Seneca. It said Seneca told police he had called 911 after the attack “in a self-described effort to be put into a mental institution.”

White survived and later told KLFY-TV that he is certain he was targeted because he is gay.

“He went on an app designated for gay people,” he told the station in January. “He chose to choose someone who is gay and very proud of his sexuality. He said this in prison. He said he chose me because I have a smaller stature and it would be easier to kill me. He knew what he was doing.”

Seneca is in state custody, already facing attempted murder charges and a state hate crime charge in the June 20 attack. He has pleaded not guilty to the state charges, his public defender, Clay Lejeune, confirmed Thursday. Federal hearing dates had not been set as of Thursday afternoon. Lejeune is not representing Seneca in the federal case and declined immediate comment on the latest charges.

The federal indictment charges Seneca with three counts of kidnapping and one “hate crime with intent to kill.” The indictment says Seneca kidnapped two other men on June 19 but gives few details.