Home » Lifestyle » MAIL ON SUNDAY COMMENT: Boris is the only man for the job

MAIL ON SUNDAY COMMENT: Boris is the only man for the job – and Tories must not forget this

Nobody voted for Boris Johnson as Tory Party leader or as Prime Minister because they thought he was a model of Victorian probity and restraint. Many probably supported him precisely because of the glint of mischief and rebellion against stuffy convention that can so often be seen in his eyes.

So the latest revelations, published today in The Mail on Sunday, about his complicated and sometimes chaotic private life are unlikely to shock his supporters. They took him for what he was and will continue to do so.

But there is a different threat to the Prime Minister. Our columnist Dan Hodges today describes a mood among some Tory MPs and Ministers who say they have given up waiting for the ‘return of the real Boris’. They do not dare to try to bring him down now, but they hope to exploit his difficulties to weaken him, in preparation for a future challenge. 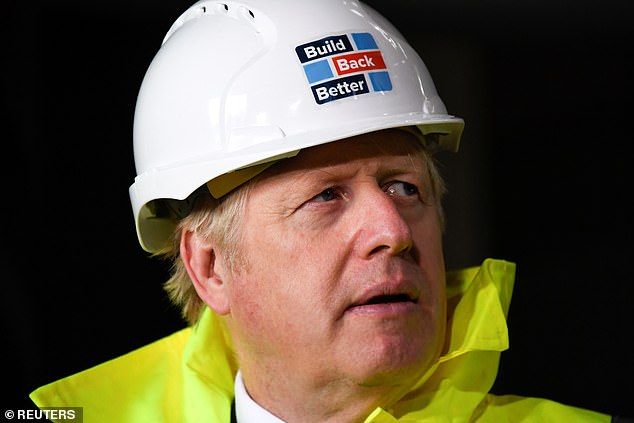 It is foolish and ridiculous for such people – most of them owing their seats and positions to Boris Johnson – to write him off because he has hit a difficult stage in his Premiership. This is simply the nature of the job. It is all-embracing, frantic, full of surprises, sleep-denying and insistent. Nobody survives it without crises.

It cannot be stated often enough that it was as recently as July last year that Mr Johnson crashed, like a human tank, through the blockages and barricades which were preventing Brexit, and which had reduced his predecessor, the inept and dithering Theresa May, to impotence.

It is only ten months since Mr Johnson neutralised Ukip and outflanked Nigel Farage to win a smashing victory over Jeremy Corbyn’s dangerous, bigoted Labour Party. In the course of doing so, he captured parliamentary seats for the Tory Party in places where they had never previously even thought they had a chance.

Who else could have done these things? Look at the talent pool of the Conservative Party and you will see plenty of reasonably attractive and persuasive men and women, but how many of them have the connection with the wider public, or the ability to engage with those who have traditionally not voted Tory, which the Prime Minister has?

Boris Johnson simply transcends the normal rules, and in the months to come, as he steers the country out of the virus crisis, that talent will be more vital than ever.

The Mail on Sunday disagrees with much of his approach to the Covid-19 pandemic, though we have hopes that he is beginning to listen to a broader array of experts, which will be essential for progress to be made. But who can rival him in his ability to slice through such tangled knots as those which for months prevented any action on Brexit, and which Mrs May simply could not deal with?

And those who doubt that he still has the capacity for radical innovation should look at the bold proposals he has to bring new and truly conservative figures into the world of broadcasting. His suggested appointments at the BBC and Ofcom are imaginative and likely to be effective in changing the climate.

They are also part of a long game which the Tory Party must play if it is to stay in the saddle during these turbulent times. The best man to play that game is still Boris Johnson, and his party should not forget this, just because of a few passing problems.