She may be the daughter of the 44th president of the United States, but that doesn’t mean Malia Obama wants a life in the spotlight. The eldest daughter of Barack and Michelle Obama tends to keep her personal life under wraps, which is why it was so surprising when her dad divulged details about her secret boyfriend. That BF is rumored to be a fellow Harvard student from Britain, and though Malia Obama and Rory Farquharson’s relationship timeline is mysterious AF, the rumored romance appears serious to me. Luckily, it seems like Rory (if he is, indeed, Malia’s boo) has the former POTUS’ approval.

During a December 2020 appearance on Bill Simmons’ podcast, Barack opened up about his daughter’s boyfriend, who quarantined with the Obamas at the beginning of the coronavirus outbreak in the U.S. "He was sort of stuck because there was a whole visa thing," Barack explained. "So we took him in and I didn’t want to like him, but he’s a good kid." He also deemed Malia’s BF a "wonderful young man." If he’s good enough for Barack, then he’s good enough for me. Here’s everything I know about Malia and Rory’s covert romance from the beginning.

They Were Reportedly First Spotted Together In November 2017 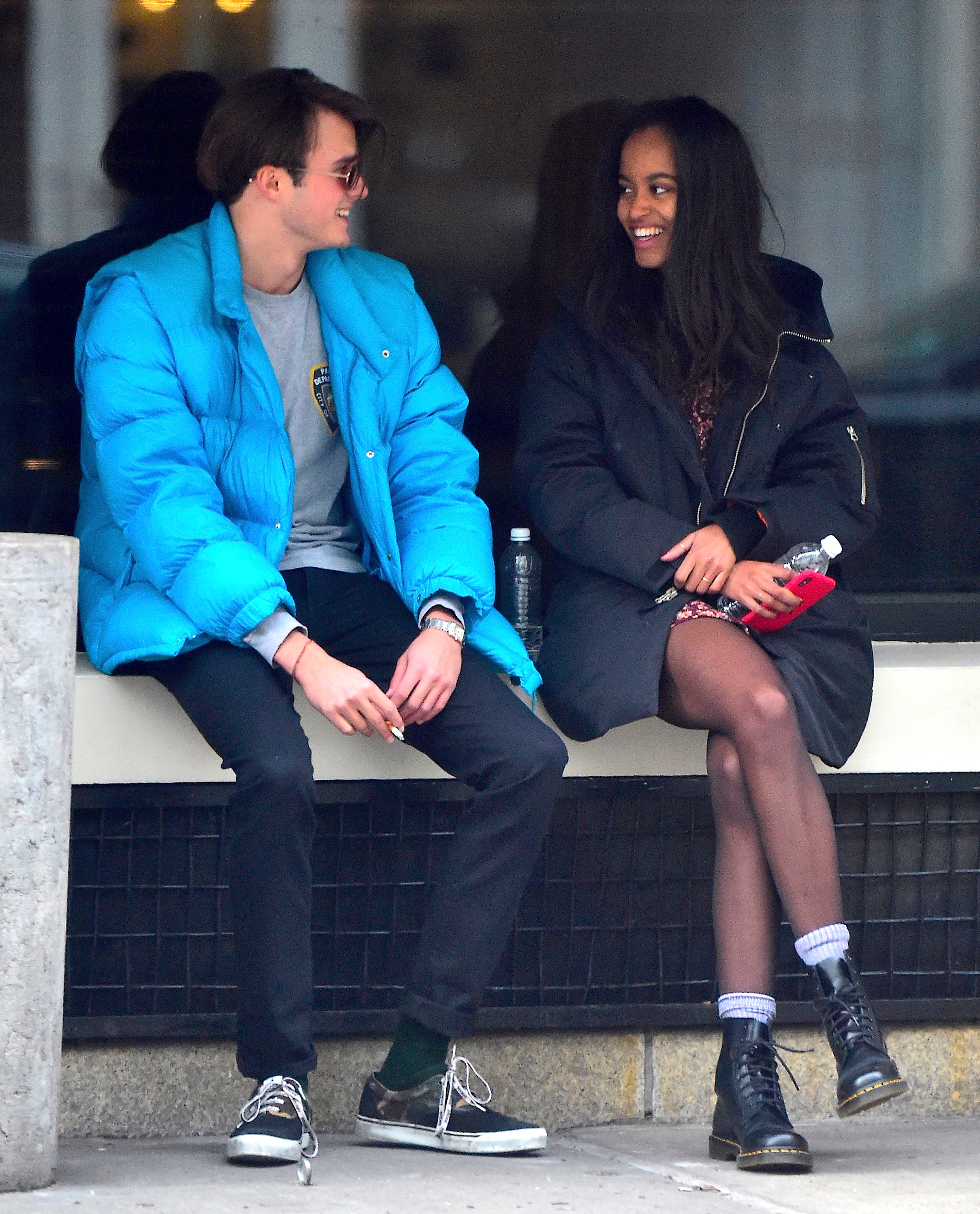 According to TMZ, Malia and Rory were reportedly spotted kissing at a Harvard-Yale football tailgate back in November 2017, just a few months after Malia began her freshman year at Harvard.

They Reportedly Hung Out In New York City In January 2018

A few months after their reported tailgate PDA, USA Today published pics of the maybe-couple reportedly strolling the streets of New York City. According to Vanity Fair, Rory reportedly deleted his social media accounts around the same time, which doesn’t seem like a coincidence to me.

They Reportedly Visited Europe In July 2018

In July 2018, Malia and Rory reportedly traveled to Paris to attend a Beyoncé concert at the Stade de Paris, per the Daily Mail. The two were reportedly joined by Malia’s mom, Michelle, and her younger sister, Sasha. Two weeks later, Malia reportedly visited London with Rory, according to the Daily Mail, where they were photographed holding hands and kissing.

Just about a year after their reported European excursion, Malia and her rumored boo were reportedly seen in Los Angeles at a music venue called Resident, according to Just Jared.

They Reportedly Had Brunch With Rory’s Family In August 2019

In August 2019, the Daily Mail published photos in which Malia and Rory appeared to be enjoying brunch with Rory’s parents and brother at the Ojai Valley Inn in California. "They were super cute, smiling and laughing," a source for the Daily Mail reportedly claimed in reference to Malia and Rory. "He pulled out a chair for her. They looked like a very sweet couple."

They Reportedly Spent The Holidays In London In December 2019

Over the holidays in 2019, Malia and Rory were reportedly spotted in the London borough of Islington, where Rory’s parents reportedly have a home. An insider for the Daily Mail reportedly saw the maybe-couple walking with two friends in North London. "They were keeping a low profile but looked really happy and relaxed together," the source reportedly claimed.

They Quarantined Together In 2020

As Barack revealed, Malia’s boyfriend (who, at this point, I feel pretty confident is Rory) stayed with the Obamas throughout at least part of the ongoing coronavirus pandemic. Cute!

I don’t know what’s next for the rumored couple, but I have a good feeling about these two.