Student, 20, who spent £300 on a blue and black North Face coat says he had to return it after people mocked him for looking like a Primark employee

A student has admitted he returned his blue and black North Face coat because he felt ’embarrassed’ after being mistaken for a Primark employee.

Connor Cundale, 20, from Buckhurst Hill, Essex, returned his £300 coat just three weeks after purchase as he felt like a ‘laughing stock’ around his university campus with people likening its colours to the Primark uniform.

Having uploaded videos to TikTok poking fun at his predicament, the advertising student opted to get a jacket that wouldn’t make him look like a ‘walking Primark advertisement’.

Some Primark employees commented on the likeness to their uniform, while other TikTok users branded Connor ‘stupid’ and said the ‘joke was on him’ for paying so much for his fashion faux pas. 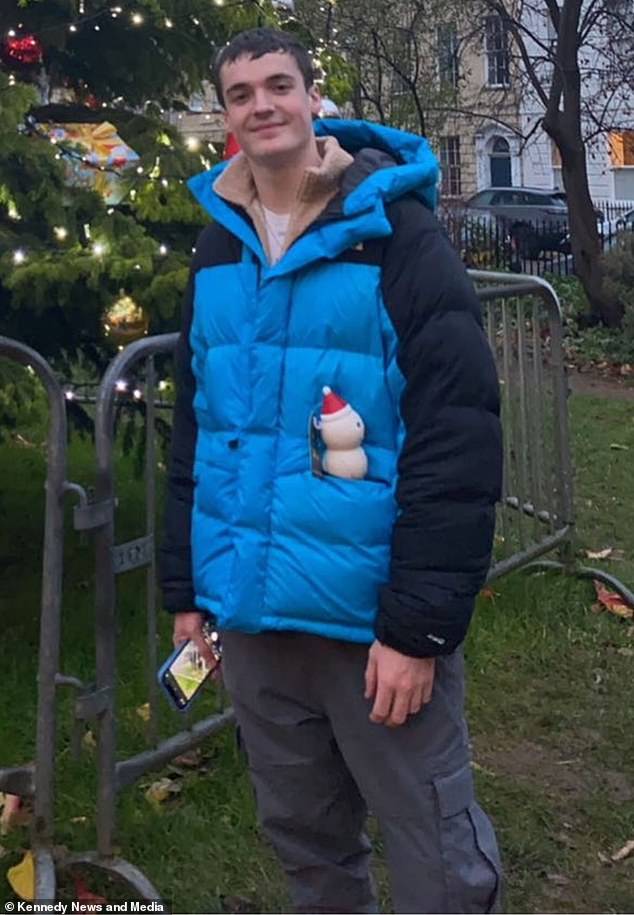 Connor Cundale, 20, from Buckhurst Hill, Essex, has admitted he felt ’embarrassed’ after being mistaken for a Primark employee while wearing a coat from North Face (pictured)

The video of Connor wearing his coat on Clifton Suspension Bridge in Bristol has racked up over two million views, with the caption: ‘You think you can hurt me? I spent £300 on a coat just to look like a Primark employee.’

Connor commented, saying: ‘On the day I bought it, I went out with my friends that evening.

‘I didn’t think anything of it, but that evening, it clicked in my head that I was a walking Primark advertisement. The colours were spot on.

‘I was in Primark one day, and this lady tapped me on the shoulder.

‘She asked ‘do you work here?’, I just turned around and laughed. I said, ‘No, I’m just repping the colours.’ 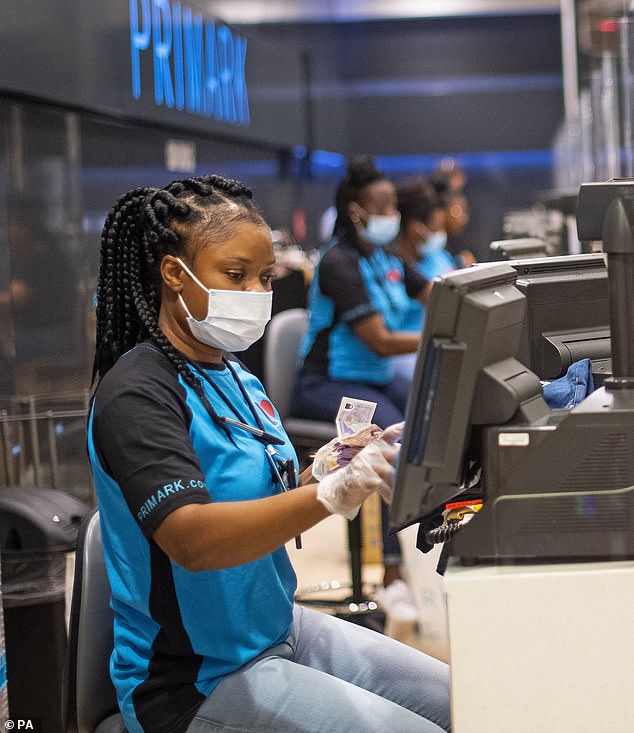 Connor said the blue and black colours of his North Face coat was spot on with the Primark uniform. Pictured: A Primark employee in Oxford Street 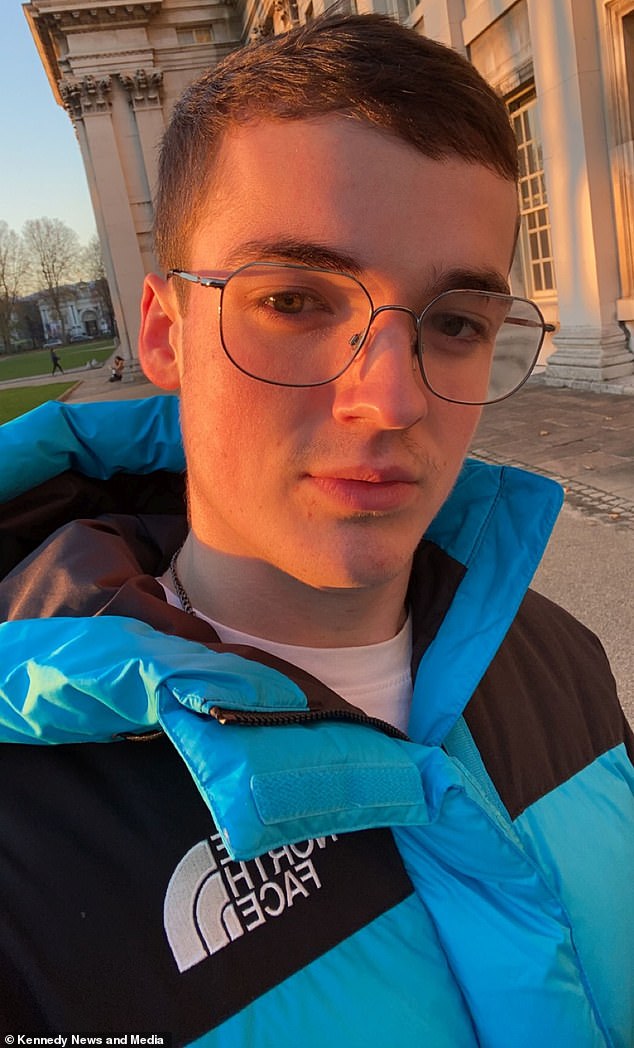 ‘After that, I noticed loads of people staring at me.

‘I don’t know if I was being paranoid, but I was wondering whether people were going to come up to me to ask for help.

‘I had someone I didn’t know at university make a comment to me, saying I looked like I worked in Primark.

‘It became well known in student halls that I was the guy with the North Face Primark employee coat. 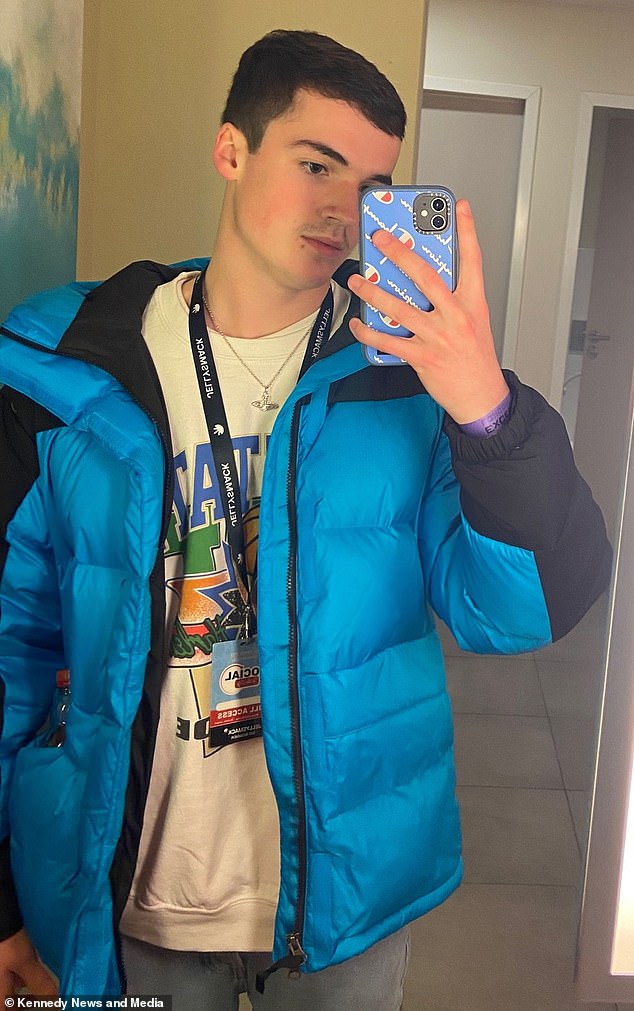 Connor (pictured), who kept his North Face coat for three weeks, said there is nothing wrong with working at Primark but he ended up returning it

‘I was embarrassed. I felt like such a laughing stock for spending that much money on something now being related to a Primark employee.

‘Nothing is wrong with working in Primark of course, but you just wouldn’t want your coat looking like a brand’s uniform.

‘I actually ended up returning the coat in the end. I had it for three weeks overall.’

Connor received a mixed response after turning the blunder into a self-deprecating TikTok video.

‘When I made the connection, I thought it’d be funny to make a video on TikTok poking fun at myself,’ Connor said.

‘It went viral and I got so many comments from Primark employees saying how much I looked like one of them. I just thought ‘I can’t deal with this, I really can’t. I’ve got to return it.’ 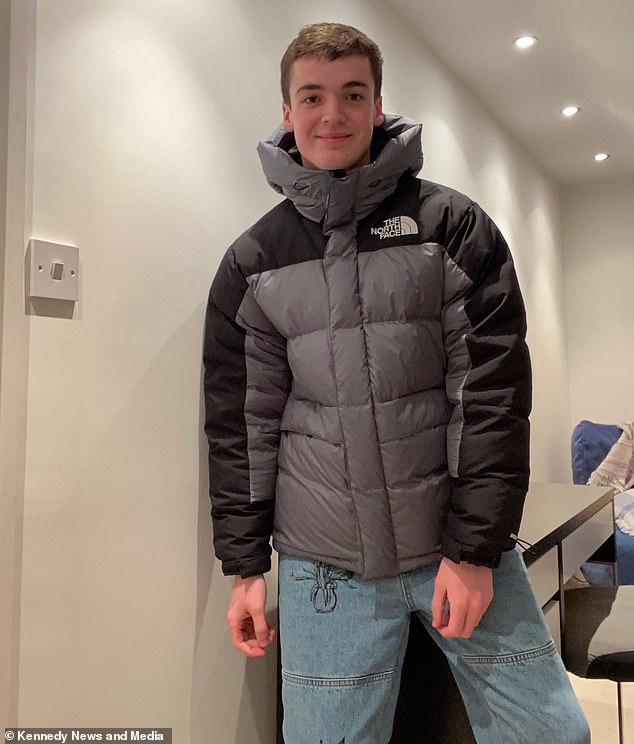 ‘I filmed the video on Clifton Suspension bridge in Bristol. I did get some comments from people saying I’m an idiot and that I should jump off the bridge.

‘I just had to laugh it off though.’

Fortunately for Connor, North Face were able to refund him on his purchase, allowing him to switch up the colour palette.

Connor said: ‘I didn’t like the idea of having spent so much money on it and then people making a joke out of it. It was a nice coat, it was a nice colour, it was just the connection.

‘I only recently got into design stuff. North Face is a really good brand with high quality stuff, so I made an investment into it.

‘I managed to return the coat, even though I’d removed the labels. Their policy says that they don’t accept returns if that’s been done. 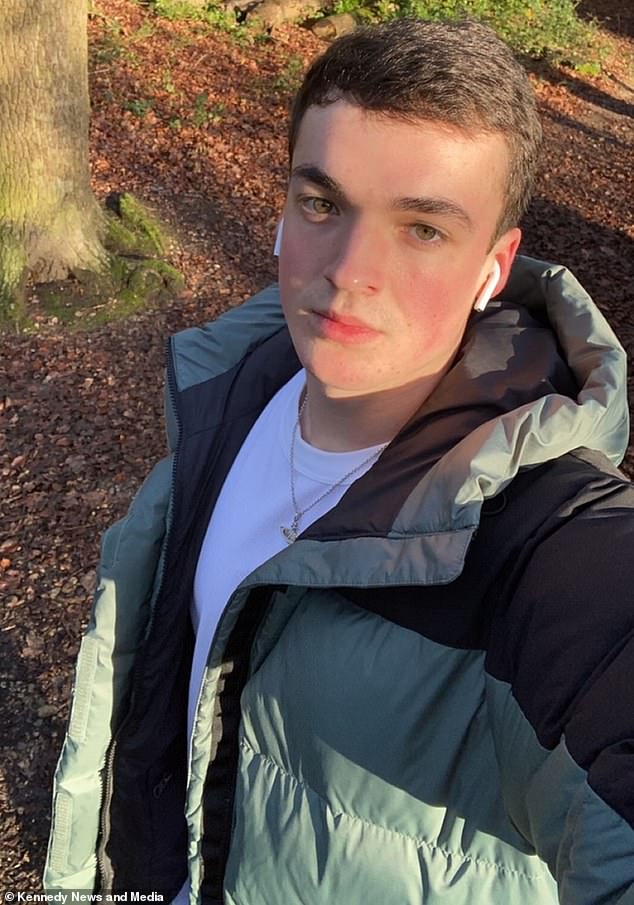 ‘But I got in touch with them and just explained that I really didn’t like the coat, and the customer service was really nice. They said I could send it back.

‘I got a replacement coat in a balsam green colour. I made sure there were no resemblances to any supermarkets or any other big brands.

‘I have the coat I want now, and I’m really happy with it.’

Several people saw the humour in Connor’s situation, as they agreed with the comparison.

One user commented: ‘I’m crying, I do work at Primark and you genuinely look like you could be my co-worker.’

Another user joked: ‘Employee of the month boyo, now get behind them tills.’

Other users were more critical of Connor’s shopping choices.

Another commenter said: ‘If you paid £300 for that North Face coat I’d jump off that bridge, mate.’

Primark and The North Face have been contacted for comment.