A man who was shot and paralysed in Belfast during the Troubles 40 years ago, has been reunited with the nurse who cared for him as he spent a year recovering in hospital.

Peter Heathwood was left wheelchair-bound after two gunmen broke into his home and opened fire in 1979 – having mistaken him for his lodger, a suspected member of the IRA.

He was transferred to Musgrove Park Hospital’s spinal injuries ward, where he was strapped down in a rotating bed which felt ‘like a coffin’ and met a nurse who went by the nickname Betsy.

Appearing on the BBC2 show Saved By A Stranger on Thursday evening, 40 years after the attack, Peter tracked down the kind-hearted nurse, who was living just six miles from his home in Belfast.

He was delighted to discover that Betsy had remembered him throughout the years, and the nurse said it was ‘inspirational’ to see how Peter had ‘survived and grown’ since they met in the 70s. 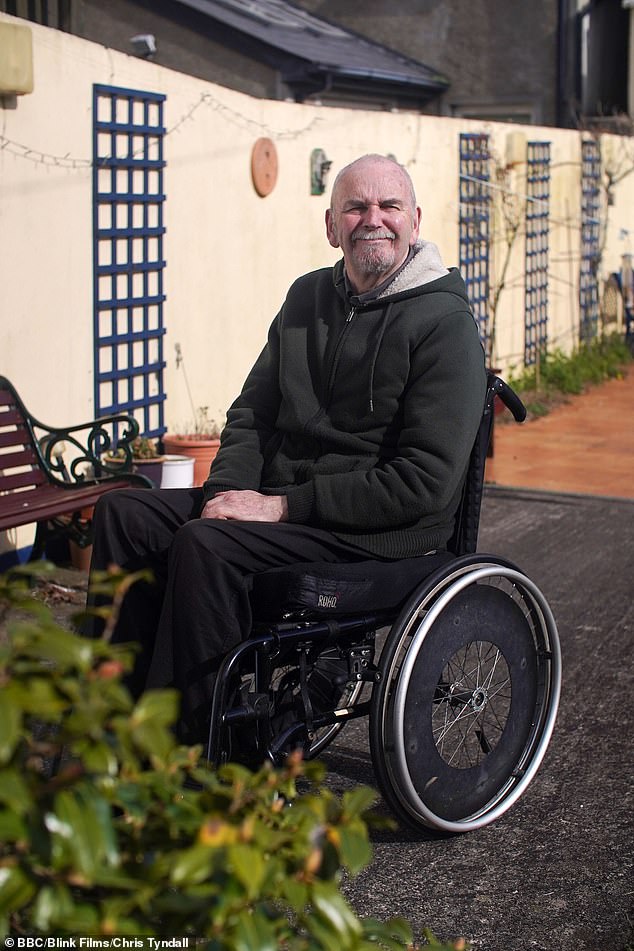 Peter Heathwood was left wheelchair-bound after two gunmen broke into his home and opened fire in 1979 – having mistaken him for his lodger, a suspected member of the IRA

‘I’ve always been a Belfast boy, born and raised’, said Peter. ‘My mother and father were very religious, Catholic religious.’

Peter says the first event of conflict he remembers is internment in August 1971 – which saw hundreds of Catholics and nationalists arrested and imprisoned without trial in a series of raids by British troops, provoking resistance across Northern Ireland.

But for Peter, the real ‘eye opener’ was Bloody Sunday, a massacre in 1972 in Derry when British soldiers shot 26 civilians during a protest march against internment.

‘That was unbelievable,’ said Peter. ‘That did have a massive effect. I became aware within my generation, boys I was going to school with were going into the IRA. I was annoyed, but I didn’t go down that road, thankfully, but I know guys who did.’ 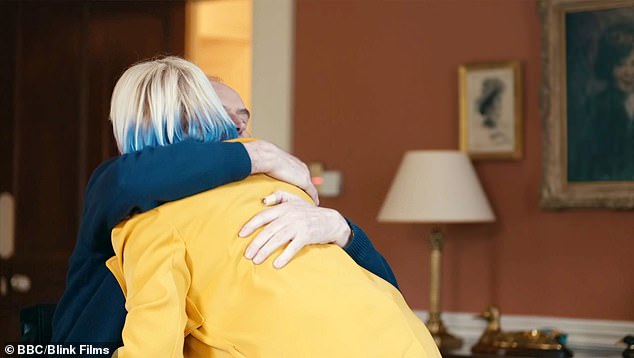 Appearing on the BBC2 show Saved By A Stranger 40 years after the attack, Peter tracked down the kind-hearted nurse who cared for him as he spent a year recovering in hospital 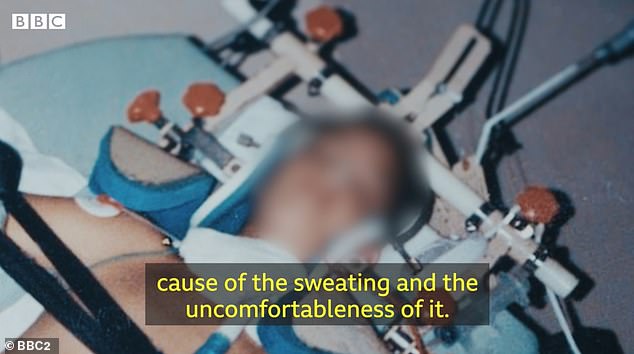 After the attack Peter was transferred to Musgrove Park Hospital’s spinal injuries ward, where he was strapped down in a rotating bed which felt ‘like a coffin’

Despite the turmoil going on around him, Peter bought a home in the north part of the city, the epicentre of the violence where sectarian attacks were common, after being lured in by cheaper prices.

Peter had planned to use money provided by a lodger to eventually buy another property, renting a room to a taxi driver – who he described as a ‘quiet’ man who kept himself to himself.

But on September 27th, 1979, two men broke into their home and opened fire on Peter.

‘The doorbell rang, Anne got up. Then the next thing I heard her squeal “gunmen, gunmen!”, recalled Peter. ‘In Belfast in the 70s if somebody shouted that, they weren’t messing. 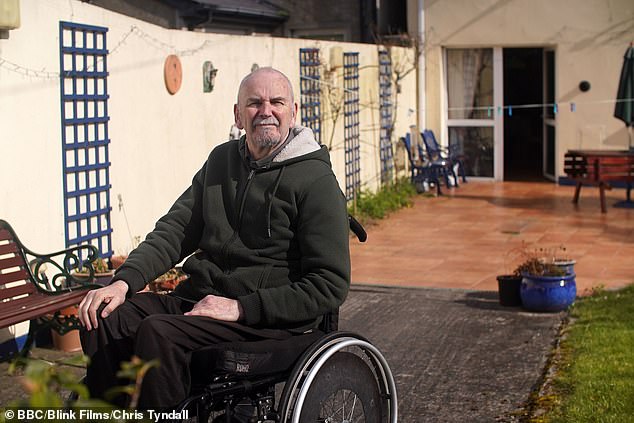 Peter said that Betsy was his saving grace in hospital, and that he’d always wanted to thank her for her support during his recovery

‘I jumped up but was in a back room and there was no way out of it , there was one door in and one door out. I got behind the door. This gunman had her [Anne] by the hair, he pulled her into the room with his right hand.

‘At the last minute he saw me. He let Anne go and I pulled Anne in and whacked him with the door. He went back out into the hall I put my body against the door and slid a bar on the door.’

A second gunman opened fire through the door and Peter remembers being unable to stand up before passing out.

‘The ambulance crew arrived but couldn’t get the trolley into the back room so they put me in a body bag to carry me to the ambulance. 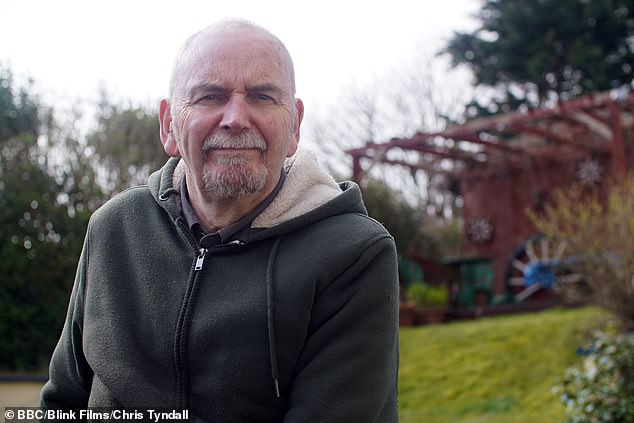 Soon they discovered she went on to become a mental health nurse in Downpatrick, a small town six miles south of Belfast and Peter was thrilled that she agreed to meet up with him once again 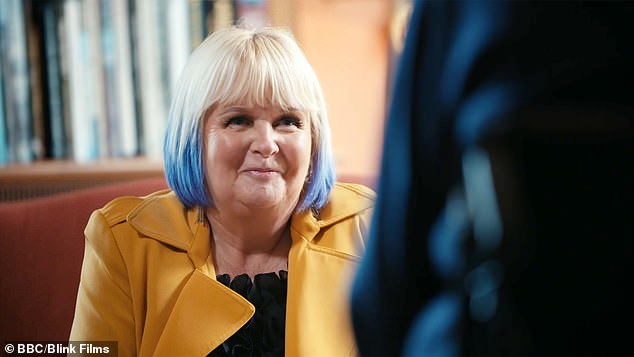 Speaking to Betsy, Peter said: ‘You know what amazes me, we live six miles apart and I’ve never run into you in the town’

‘At that point my father in the car and other family members arrived at the front door. Daddy seeing me in the body bag thought I was dead. And his last words were “Oh, my poor Peter” and he dropped dead in the street’.

It soon emerged that the intended target of the attack was not Peter, but his lodger, who was suspected to be a member of the IRA.

Peter was transferred to the the spinal injuries ward of Belfast’s Musgrave Park Hospital, where he spent almost a year being cared for by a nurse who used the nickname Betsy.

His entire body was strapped down into a rotary swing bed, which would routinely swing fro left to right to stop bone hanging on the skin.

‘I always put it down to being like a coffin,’ said Peter. ‘You know you’re stuck in a coffin. And you can imagine lying in the hospital.

‘All that time and loneliness, and at night, you didn’t sleep at night because of the sweating and uncomfortableness of it.

Peter said that Betsy was his saving grace in hospital, and that he’d always wanted to thank her for her support during his recovery.

What is the timeline of the Northern Ireland Troubles and peace process?

The Stormont Government is dissolved and direct rule imposed by London

Bobby Sands, a republicans on hunger strike in the Maze prison, is elected to Parliament. He dies a month later

An IRA bomb explodes at the Grand Hotel in Brighton, where Margaret Thatcher is staying during the Tory Party conference

Margaret Thatcher and then Sir John Major set up a secret back channel with the IRA to start peace talks. The communications was so secret most ministers did not know about it.

Tony Blair helps to broker the Good Friday Agreement, which is hailed as the end of the Troubles.

It establishes the Northern Ireland Assembly with David Trimble as its first minister.

The Queen and Prince Philip make a state visit to Ireland, the first since the 1911 tour by George V.

In a hugely symbolic moment, the Queen is pictured shaking hands with Martin McGuinness – a former IRA leader.

‘When I was in the rotary bed. If I opened my eyes it seemed to be Betsy was standing there, and with a cold cloth wiped the sweat on my forehead and talked to me and it was just like an angel from heaven, when you’re in that half drugged state she could well have been an angel.’

‘It always stood out to me. Her kindness, made me feel not completely useless or busted you know? And I never got to say thank you to her.’

In their search for the nurse, Peter and host Anita Rani located a man who worked at the same hospital as Betsy, whose job included making prosthetics for victims of the Troubles.

He remembered another nurse, who worked with Betsy and revealed that she left in the early 80s to get married. Their research revealed that the her maiden name was Gilbert, and worked out Betsy was short for Elizabeth.

Soon they discovered she went on to become a mental health nurse in Downpatrick, a small town six miles south of Belfast. After contacting Betsy, Peter was thrilled that she agreed to meet up with him once again.

‘Back here in Northern Ireland in the 70s and 80s our doctors and nurses saved hundreds of lives and I don’t think they ever got the credit for it that they deserved’, he said.

‘So it’s important to thank them in those dark days it meant something, and it still does.’

As Peter entered the room to see Betsy for the first time in nearly 40 years, he said: ‘Hello you! Longtime no see.’

He went on: ‘You know what amazes me, we live six miles apart and I’ve never run into you in the town.

‘I’m surprised you would remember me, the number of patients you must have had.’

Betsy said: ‘No I remember you. I always remembered you.

Discussing their memories of Peter’s recovery, he went on: ‘I was sweating a lot, everybody was busy, and with a cold cloth, I remember looking up and you stood there talking to me. You told me your daddy was a writer.

Peter went on: ‘You took the time to stand and smile at me and that image – it was a very bleak time in my life, depression, I could have died and it wouldn’t have annoyed me. All of a sudden there’s this smiling nurse with blonde hair, we used to call you little Doris Day .’

‘I didn’t thank you or say goodbye, I wanted to get out of that place that quick and that has bugged me for years, that wee girl looked after you and you never said thanks.’

Peter added: ‘I’m alive, I’m not unhappy. Even though what I’ve been through. In all that bad time and horror, your smiling face stands out, I’m telling you now I can still see it. And just that simple bit of kindness.’

Betsy said: ‘It’s so nice that somebody thought that much to want to meet you again and say thank you’.

‘That’s really special, it’s an inspiration to see how he has survived and grown, it’s lovely.’

Reflecting on the meeting Peter added: ‘Still a lovely woman, still smiles the same wee smile. In times of murder and mayhem, when you meet people like that you realise that not everybody is bad. There are always good people in this world, and Betsy is one of them.’

Saved by a Stranger airs on Thursday May 6th at 21:00 and will be available on iPlayer