Bin and tonic! Moment man taking a dip in his wheelie bin with a cocktail is a real Oscar the Grouch as he gets into an altercation with a passer-by

A man was yesterday seen enjoying a cocktail in a wheelie bin swimming pool during the heatwave – and seemed to loose his cool when a passerby filmed him.

The footage was posted to TikTok by viral TikToker and YouTuber Hamad Khan, from Scunthorpe, under the username @thehalalham.

Hamad was driving to view a home in Milton Keynes- and spotted then recorded the relaxed-looking man in the front garden of the house next door to the one he was looking at.

The man drew attention, thanks to sitting topless in sunglasses and clutching a cocktail in his water-filled bin.

Hamad asked if he was enjoying the weather which left the man confused.

He replied: ‘Yeah, I’m enjoying it. Am I not allowed?’ to which Hamad responded: ‘Yeah, but you’re in the bin.’

The situation then escalated with the man in the bin saying that if Hamad wanted to ‘fight about it’ with him he could. 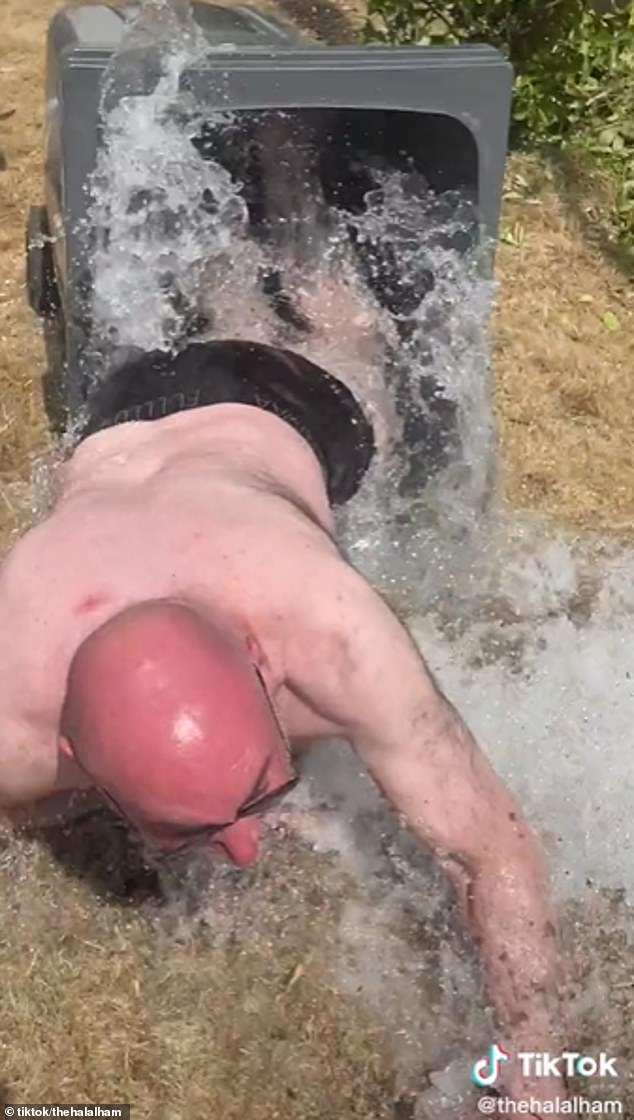 His anger boiled over and after Hamad provoked him further, he went to stand up after he warned him he would ‘knock your b***** nose down your throat.’ Unfortunately he then toppled over, bringing water cascading down all over the grass with him 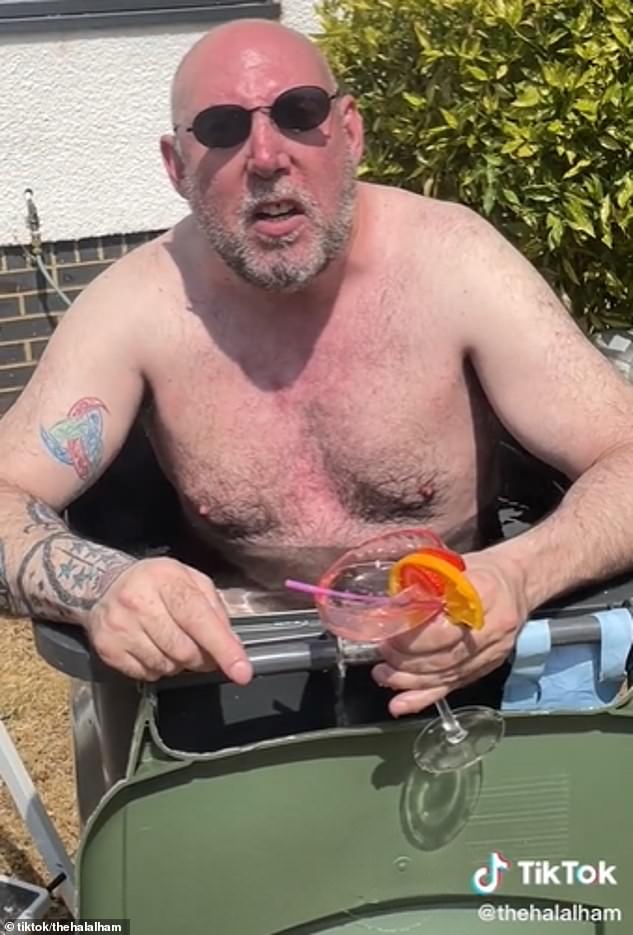 The English man was filmed looking relaxed sitting in the ice cold bath in his front garden, clutching a cocktail. He got more and more angry as Hamad asked him why he was in his bin

He added: ‘Listen, knobhead, if I want to have a swim in my own bin, on the hottest day that we have ever had in England, then I am entitled to do so.’

Bemused, Hamad replied: ‘I’m not trying to stop you’ and then observed yet again that the sun worshipper was sitting in a bin.

The conversation between Hamad and the man continued, as the cocktail-sipping bin dweller batted back: ‘I’m trying to enjoy the hottest day in England; it’s 40 degrees.’

Increasingly angry-sounding, he said that he would happily fight Hamad who replied that he was not looking for a fight.

The conversation continued to the point where Hamad walked over to the man in the bin. 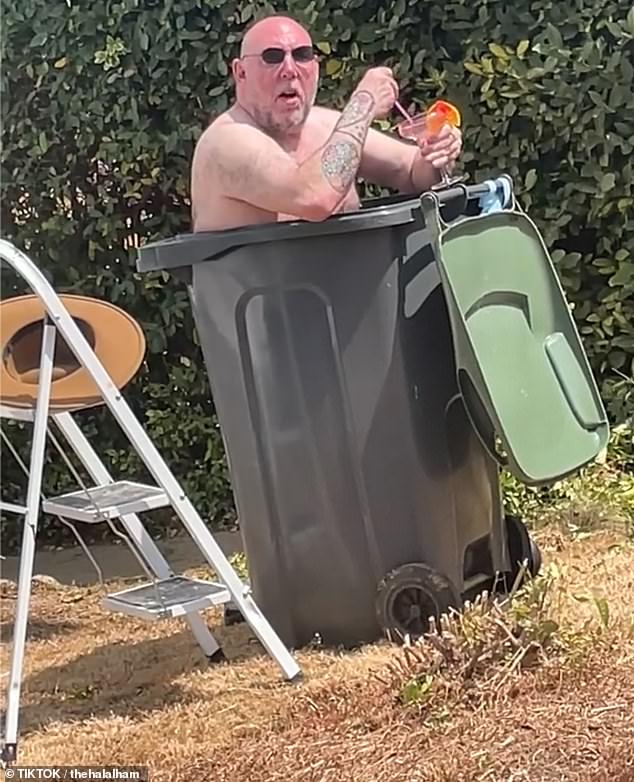 He had told the cameraman that he was in the bin trying to enjoy yesterday’s heatwave, as the mercury climbed up to 40 degrees for the first time ever in England

As the war of words continued, Hamad appeared to provoke the swimmer, saying: ‘Come on then, get out of there.’

Angrier than before, he stood up with his cocktail in his hand and threatened to ‘knock your b***** nose down your throat.’

Unfortunately for him, he then tumbled out of the bin and water flooded all around the ground.

Since the video was shared on TikTok, it has racked up more than 118,000 likes. 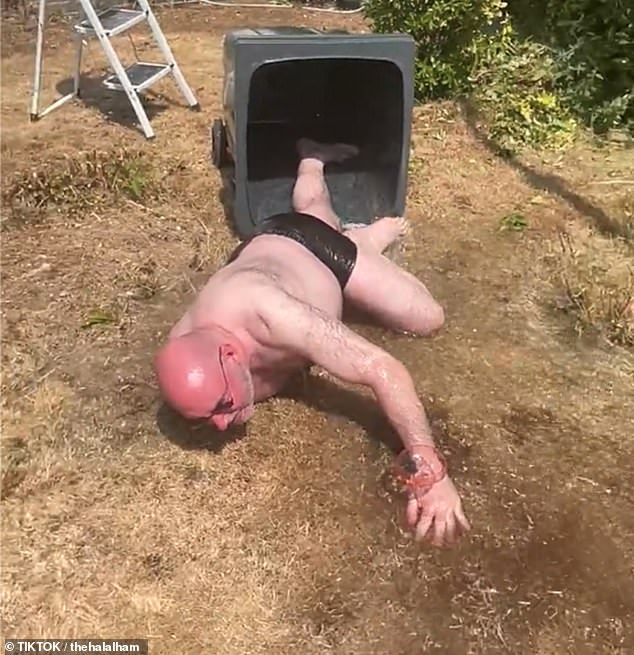 The footage, which ended with the man on the wet floor, has racked up more than 118,000 likes on TikTok

One commenter quipped: ‘Leave him alone he’s bin going through a lot’.

Another added: ‘Why interrupt him when he’s at peace’ and a third said ‘leave him alone what’s he done to you?’