Meatless meat dishes are having a moment. Burger King recently announced its upcoming meat-free “Impossible” Whopper, and Carl’s Jr. and Del Taco each have their own offerings of plant-based burgers and tacos.

“Consumers have shown great interest in diversifying their protein source over the past year,” Genevieve Aronson, vice president of communications at Nielsen, which tracks retail trends, told “GMA.” In turn, retailers have introduced plant-based alternatives to the traditional meat staples, and sales of plant-based foods are up.

With so many plant-based alternatives popping up everywhere now, we wanted to taste the difference between the traditional item and the plant-based makeover. We want to know: Would you swap out a beef burger for a plant-based burger that tastes like meat?

Here are some of the vegan or plant-based foods that we tried:

The Beyond Meat Burger

Beyond Meat sells its fresh and frozen plant-based products, which include Beyond Sausage and Beyond Beef Crumbles, at more than 30,000 retail and food service outlets worldwide.

Will our taste-testers like the beef or plant-based burgers more? Watch the video above to find out!

In addition to a meat-free hamburger, our taste-testers tried an egg-free sandwich from JUST Egg.

JUST Egg products are egg-free, non-GMO, cholesterol-free, dairy-free and contain 5 grams of protein, according to the packaging, which is about the same as a chicken egg. 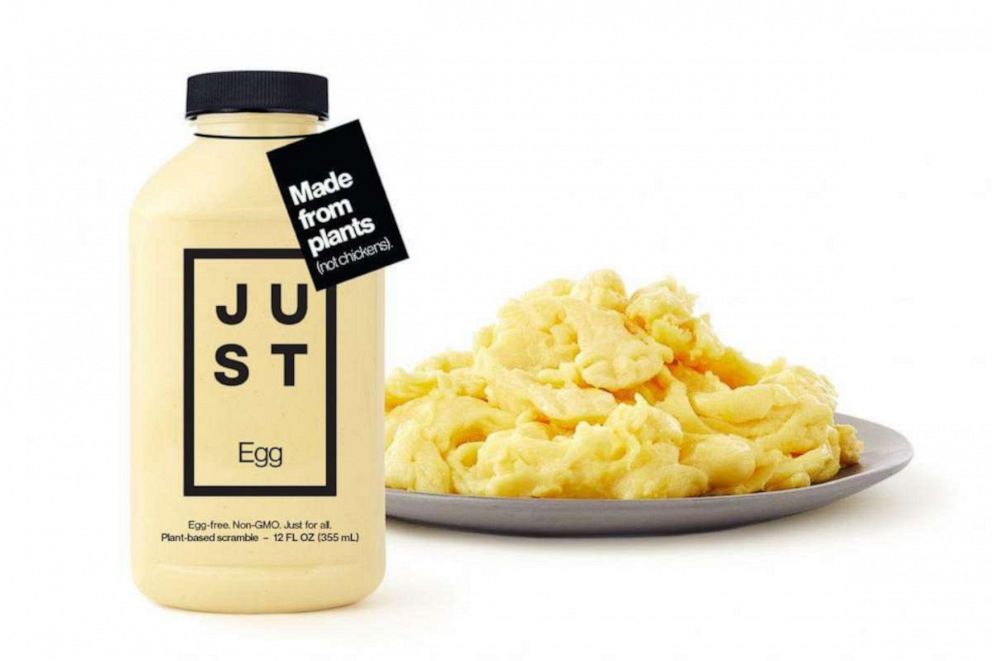 We tried it on a croissant made from mung beans, which we bought from Orchard Grocer, an all-vegan deli in New York City.

Our testers compared it to a real egg sandwich on a traditional croissant from the ABC News cafeteria.

Do you think you could taste the difference between Van Leeuwen’s classic ice cream and vegan ice cream?

In addition to the plant-based food our taste-testers tried, there are a lot of “faux meat snacks” that are sold at stores like Whole Foods Market and Thrive Market.

Outstanding PigOut Chips are made out of mushrooms and transformed into chips that taste like bacon.

Good Catch Foods has an alternative snack for people who want a replacement for seafood: fish-free tuna. This snack is made from beans, legumes and algae.