Prince Harry and Meghan, Duchess of Sussex will soon welcome their second child. The couple announced earlier this year that they were expecting a daughter this summer.

Even though she will never meet her great-grandfather, when the second baby Sussex arrives she will have one thing in common with Prince Philip. 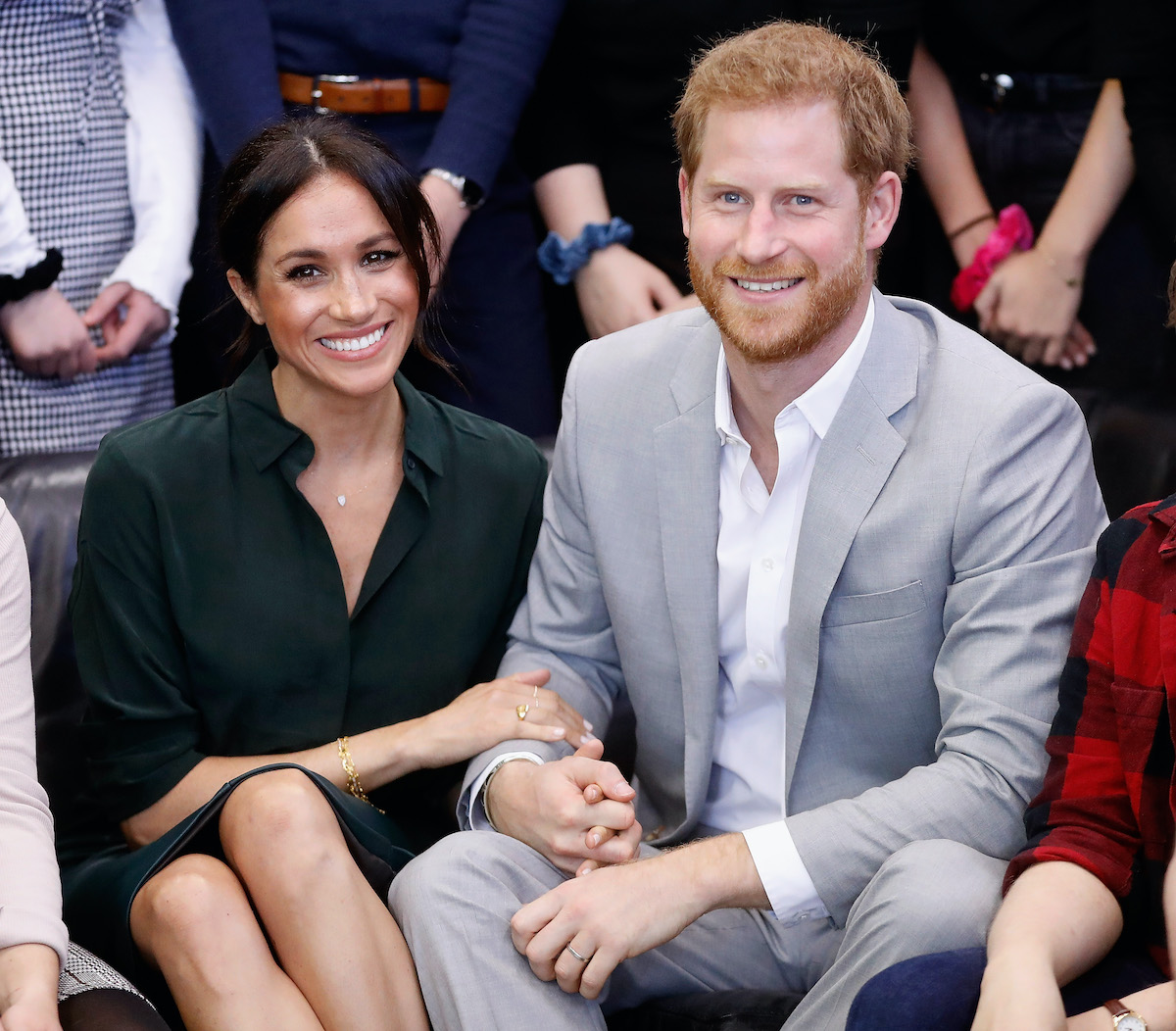 After Harry and Meghan announced they were expecting again in February 2021, royal experts questioned whether or not their second child would ever meet Queen Elizabeth and Prince Philip.

According to The Daily Mail , royal biographer Angela Levin said at the time that Harry and Meghan’s baby news was a bit sad for the royal family. The reason being they were unsure if they would get to meet the little one. Not to mention the fact they haven’t seen baby Archie in person for months.

“The worrying thing, of course, is will this new baby ever see their father’s family?” Levin said. “I think there’s a doubt over that. They’ll be a little American, they can also be English too. But will the royals ever see them?”

The Duke of Edinburgh passed away before Baby Sussex was born

Since Prince Philip passed away before the arrival of the second Baby Sussex, the fears of whether or not Queen Elizabeth and Prince Philip would meet her were partially realized. The Duke of Edinburgh will never get to meet Harry and Meghan’s daughter.

The queen and Prince Philip did get the opportunity to meet Archie Harrison after his birth in May 2019. He was only seven months old when Harry and Meghan left the UK for North America. The only contact Archie has had with his father’s family since Megxit has been via Zoom calls.

When Harry and Meghan do welcome their daughter this summer, she will have one thing in common with her late great-grandfather. The second Baby Sussex will be born in California, making her the first royal born outside of the United Kingdom since Prince Philip.

Will the new baby have a royal title?

Now that Harry and Meghan have stepped down as senior working royals, they have lost a number of their titles. But as the queen’s grandson, Harry is still considered an HRH (His Royal Highness), as is his wife. Neither Harry nor Meghan are using the HRH title anymore, but they do still use the title Duke and Duchess of Sussex.

As for their children, Archie Harrison does not currently have a title and is known as Archie Harrison Mountbatten-Windsor. According to Raising Royalty author and royal historian Carolyn Harris, it’s unlikely that Harry and Meghan’s daughter will have a title, either.

Will Prince Harry and Meghan Markle return to the UK for Prince Philip’s funeral?

It’s no secret that Harry and Meghan aren’t on the best of terms right now with the royal family. But, will this feud keep the couple from returning to the UK and attending Prince Philip’s funeral?

According to The Daily Mail, the expectation is that Harry will fly to England via private jet to be with his family. However, because Meghan is heavily pregnant, she is expected to stay home in California.

On the Archewell website, the Duke and Duchess of Sussex paid tribute to Prince Philip with a message that read, “In loving memory of His Royal Highness The Duke of Edinburgh. 1921-2021. Thank you for your service. You will be greatly missed.”