“Checking in — Monday, I took a 95 MPH line drive to my head,” Wingert, 29, tweeted on Wednesday, May 18, sharing a selfie of a forehead injury. “The @Rockies & @ATTSportsNetRM have treated me like family. Getting me treatment & to the best hospital ASAP.”

The “Farm to Fame” podcast host noted that she spent five hours at the local hospital with David Woodman, the general manager of employer AT&T SportsNet Rocky Mountain, and his wife, Paula Woodman. Her producer, Alison Vigil, also stayed with the group.

“I had [a] CT scan to check for internal bleeding/fractures & it came back clear, Thank God,” Wingert added in her social media post. “I received internal & external stitches. I’ve been staying at my GM’s house. I can’t say enough about AT&TSN & the Rox. I’ve never experienced support like this. Thank you for the prayers 🤍.”

During Monday’s game, the Giants’ Austin Slater hit a foul ball from Rockies pitcher Daniel Bard in the ninth inning, according to a Yahoo! Sports report. The ball went flying into the stands toward Wingert’s perch by the first-base camera.

“Hey guys, I’m hanging in there. I’m sorry I haven’t been able to respond to texts yet. I took a 95 MPH line drive straight into my forehead,” the journalist explained via Instagram Story on Wednesday. 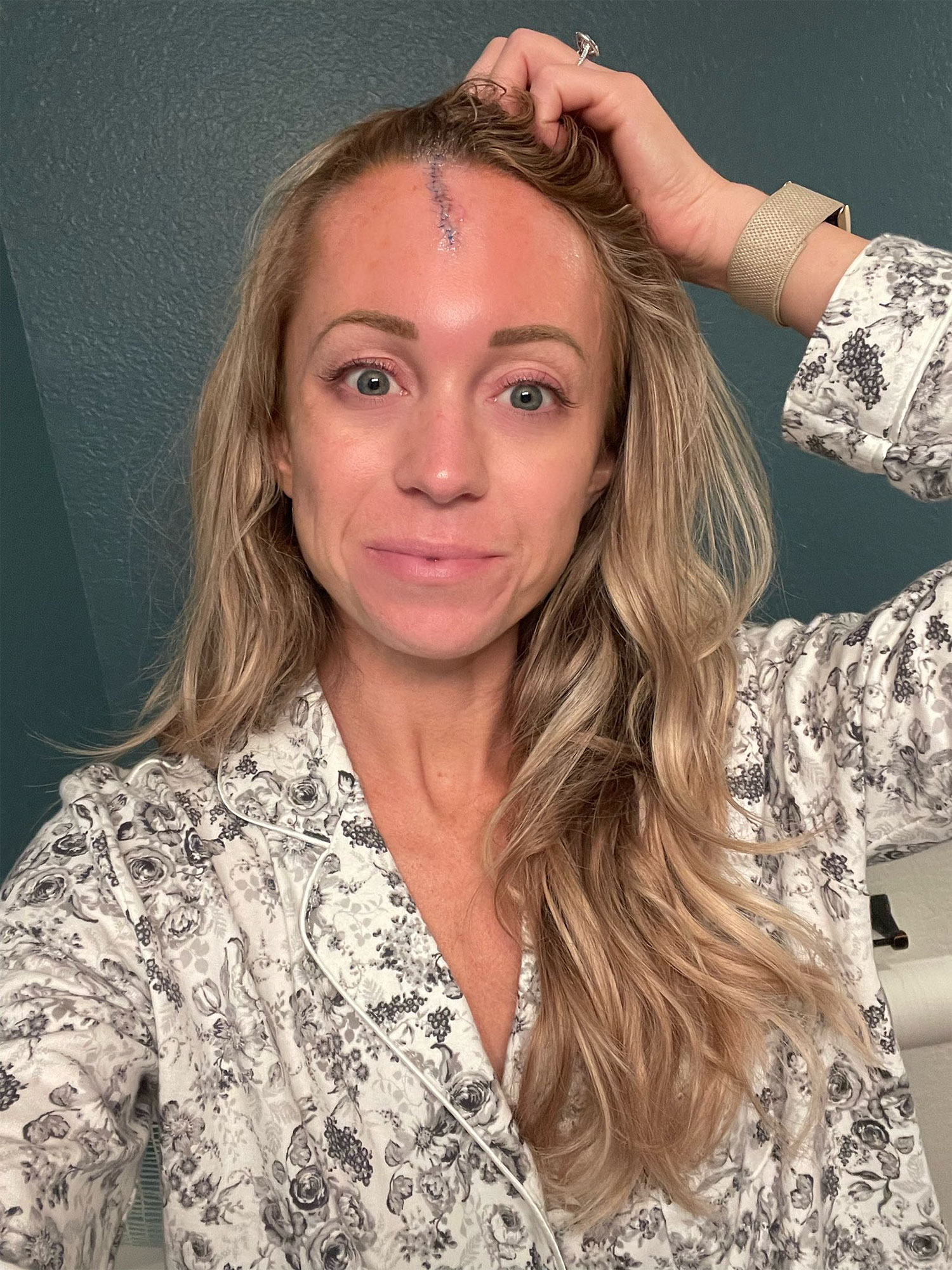 She continued: “I recieved [sic] internal and external stitches because of how deep the wound is. They are hoping the scar won’t be too bad for [my upcoming] wedding [to fiancé Casey Linch]! I’ve been sleeping at the Woodman’s [sic] who have quickly become family. I can’t say enough about how the network and organization has treated me. I’ve never experienced anything like this.”

Wingert revealed in her Story post that she has been taking a few medications and was “just giving myself a few days to rest,” noting that her mother, Betsy Wingert, had flown into town to care for her.

“We will fly back to Atlanta tonight. The stitches will have to come out in a week,” the former Atlanta Braves reporter concluded her post. “I’m very lucky it wasn’t worse.”

The Louisiana State University alum — who is based in Atlanta —  works as a freelance sideline reporter and TV host, where she has covered Major League Baseball, National Basketball Association and National Hockey League games. She also frequently reports on college gamedays.