A mother from Kentucky is honoring her son coming out as transgender with an “it’s a boy”-themed photo shoot for his 20th birthday.

Heather Green of Louisville shared pictures of her family celebrating her eldest child, Adrian Brown, 20, along with a message supporting his announcement. The post quickly garnered more than 20,000 likes and 15,000 shares on Facebook.

“Now, 23,000 people have seen it — so 23,000 people know I’m trans, which is a little scary but exciting,” Adrian told “Good Morning America.” “I’ve made some awesome friends along the way because of this post.”

In September, Adrian, a student at the University of Louisville, came out to his mom and brother Lucas, 17.

Adrian was assigned female sex at birth. He now identifies as male.

Transgender is a term used to describe a person whose gender identity differs from the sex they were assigned at birth, according to GLAAD. 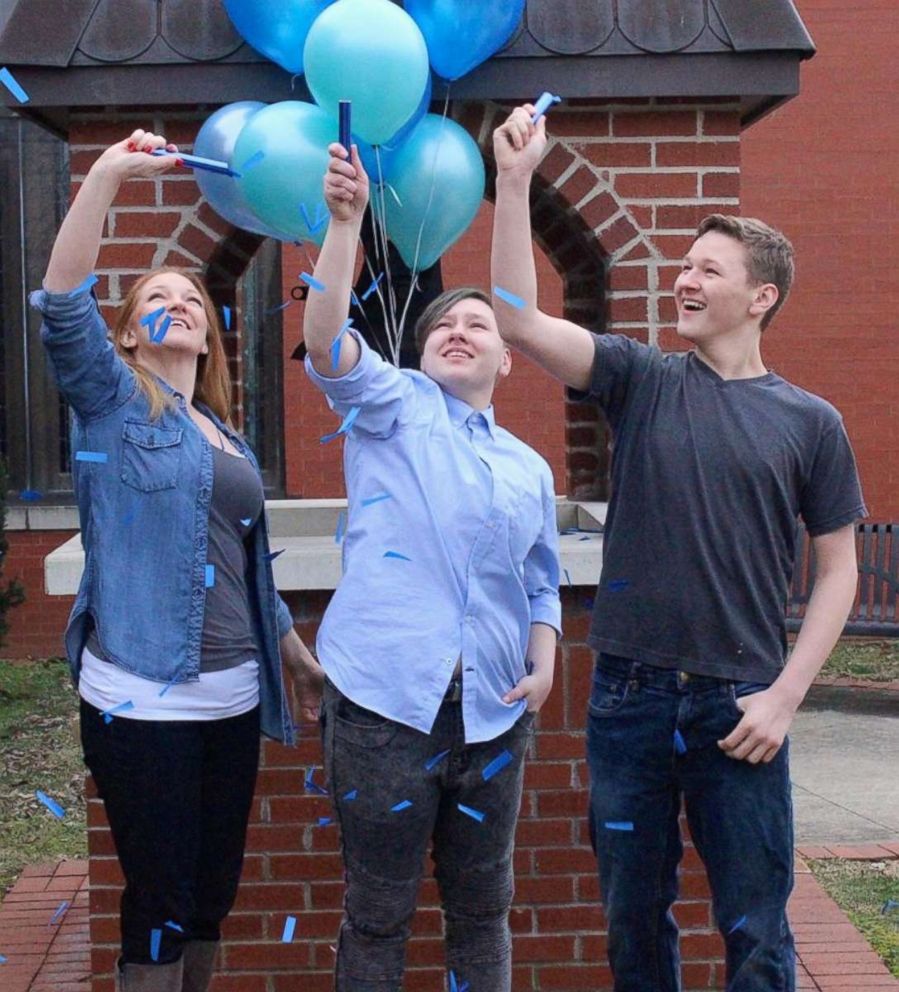 “All the things we go through as parents — when they bring home a good report card, or get a lead in a musical, but nothing came to mind on what to say or do when your child tells you that they’re transitioning,” Green told “GMA.”

She went on, “I didn’t know how to react and that’s what I told him, but it was something we were going to work through and I would support him all the way.”

Last week, Adrian posed in a gender reveal style photo shoot dreamed up by his mom. He popped blue balloons and held “it’s a boy” signs. Green even wore a faux baby bump to signify that she was gaining another son. 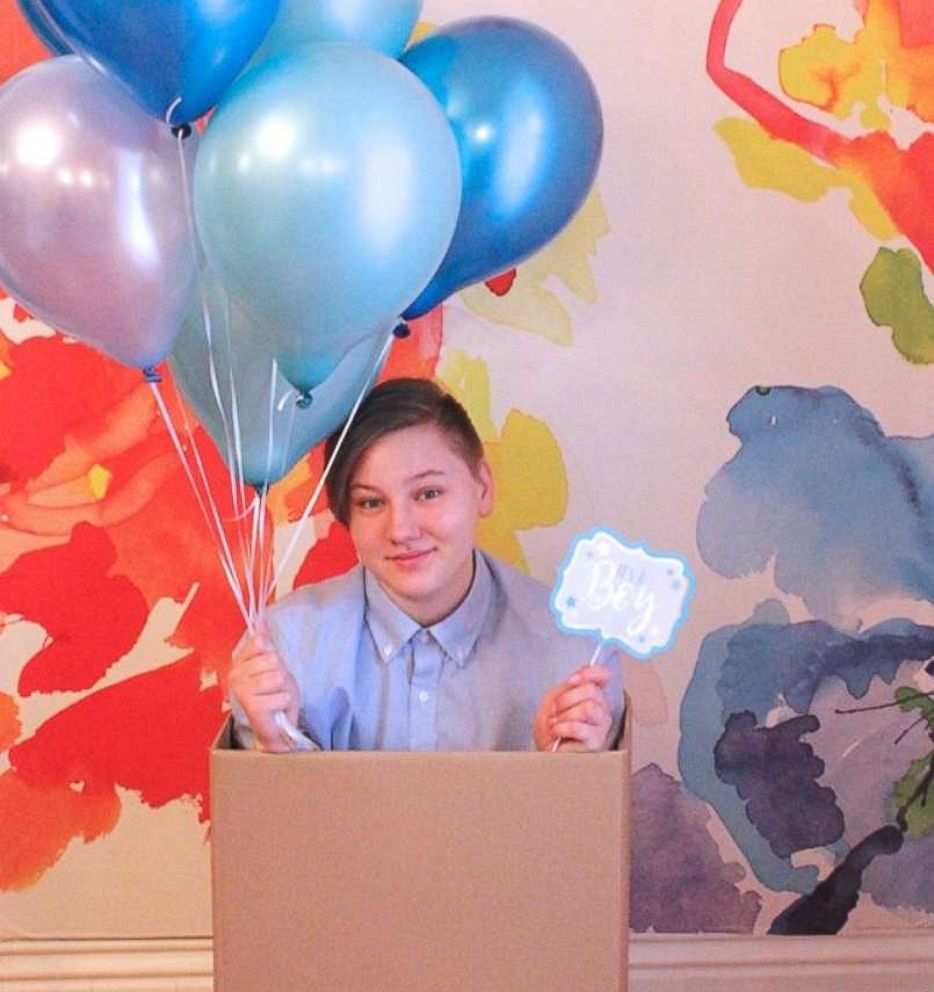 “When your child comes out as trans, the best thing to do is create a photo shoot to celebrate the fact that he silently and bravely stepped out of the race that he never wanted to be in, found his own lane and proceeded to win. HAPPY 20TH BIRTHDAY, Adrian!” Green wrote on Facebook.

“It was a good time and it made me feel really great to have such an amazing family that would support me like this,” Adrian said, adding that he has a message for others struggling to come out. 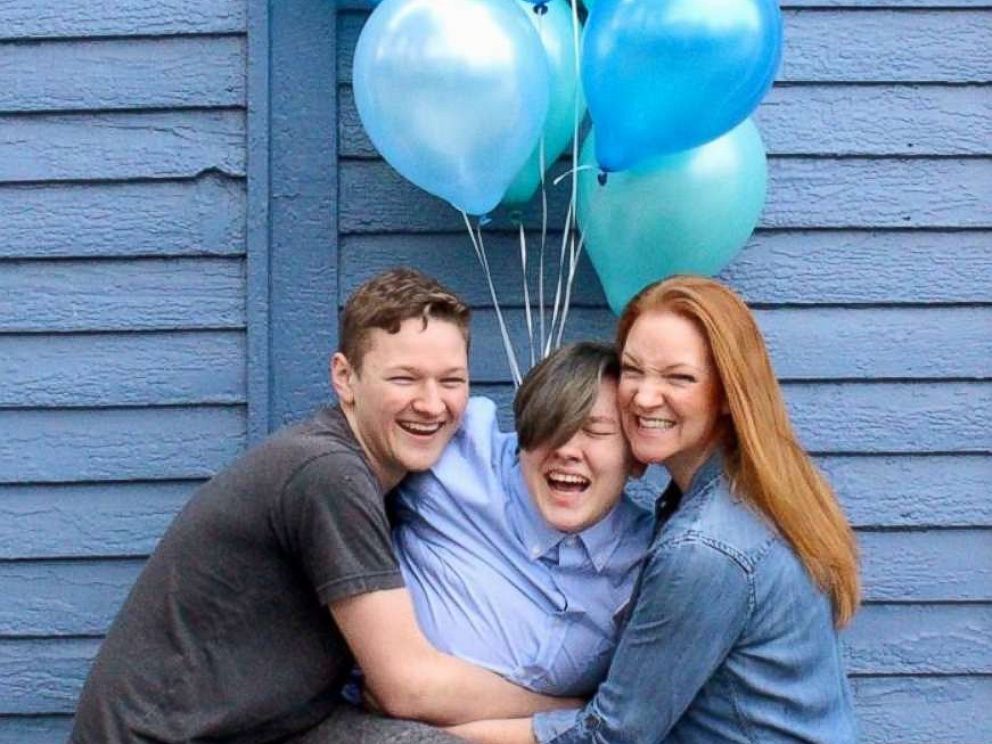 “It’s probably going to be a little terrifying to tell someone for the first time,” he said. “But even if they’re not accepting, there is a community out there that is going to love and accept you. It’ll be OK.”

This story was originally published on February 5, 2019.