WHEN Owain Doull sat down with three close pals last June, he was floored by a question from one of them.

Owain, 28, recalls: “He asked the rest of us outright if any of us had considered suicide.” 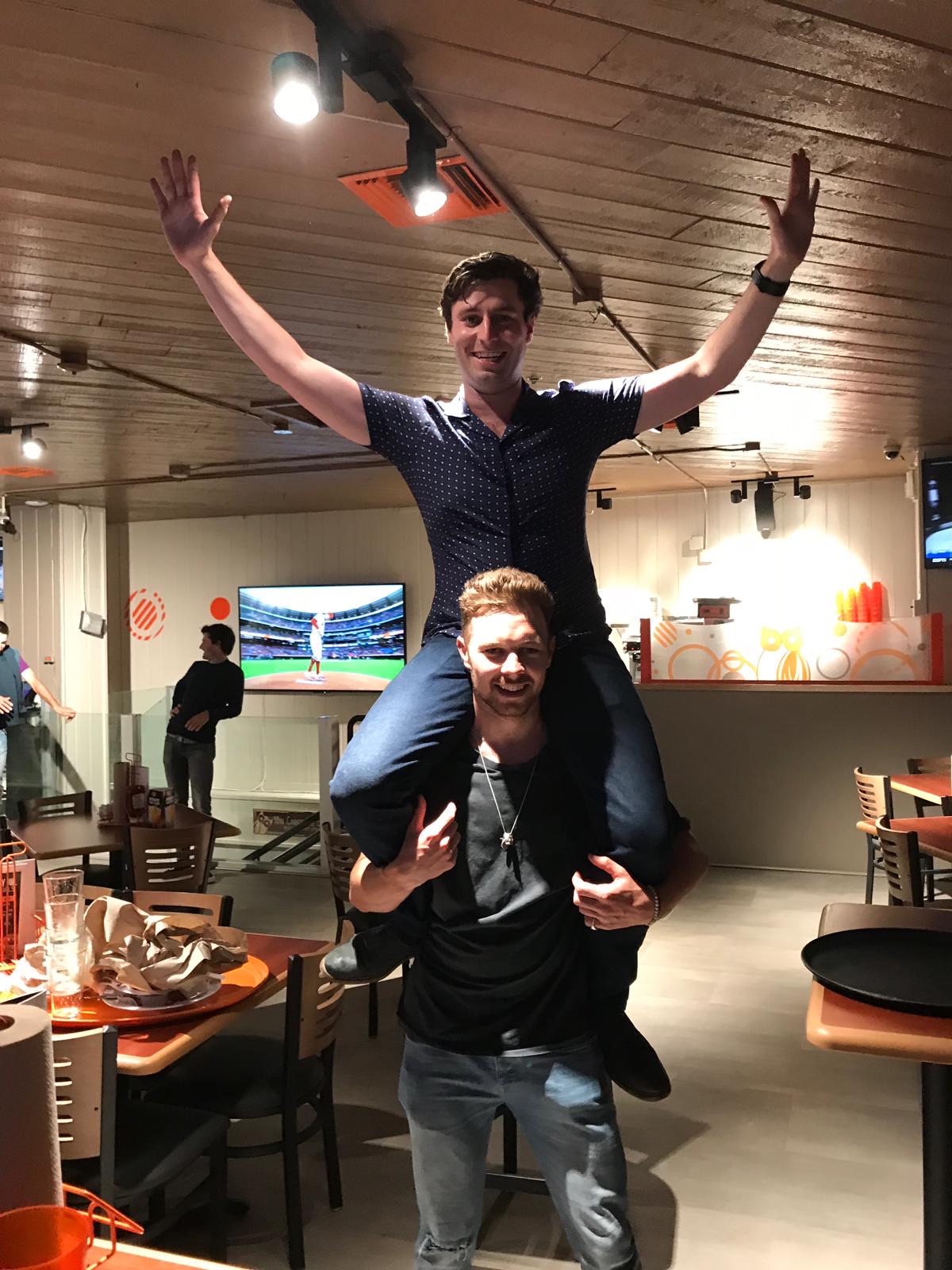 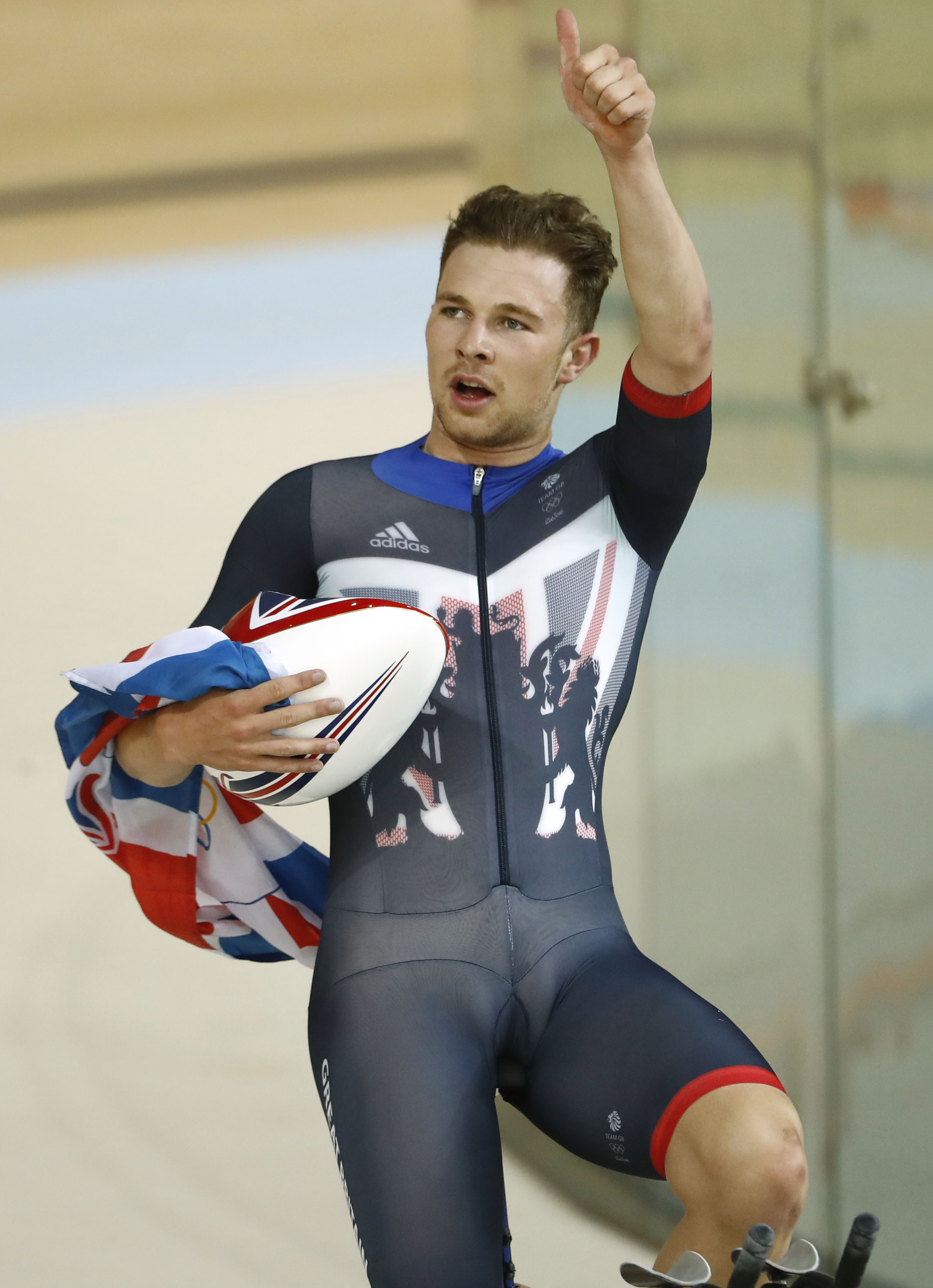 But while it was shocking, it didn’t come completely out of the blue. The friends had gathered to mourn the death of their mate Siôn Mullane, who had taken his own life weeks earlier, aged just 27.

Owain says: “I remember my friend saying he was determined not to lose another friend the way we lost Siôn.”

Suicide is the single biggest cause of death in men aged 20 to 34 in this country.

And new research from men’s charity Movember suggests the Covid pandemic has worsened this crisis.

Half of those surveyed said it had had a permanent impact on their mental health.

That is in part due to higher Covid mortality in men. A boy born between 2018 and 2020 can expect to live to 79, while a girl can expect to see her 82nd birthday.

Movember — the annual moustache-growing event in November to raise awareness of men’s health — is now calling for action.

The charity’s CEO Michelle Terry says: “For many men, taking care of their health isn’t a high priority, at least until they get older or a problem becomes impossible to ignore.

“But there are simple steps you can take to increase your chances of a longer, healthier, happier life.”

To mark the start of its fundraising campaign this year, the charity is urging men to talk to the people they trust when times get tough.

Michelle adds: “It isn’t a sign of emotional weakness. Getting someone else’s perspective can help you see a situation in a new light.

"In return, research suggests that supporting a mate in tough times creates positive feelings in oneself, giving a feeling of purpose and self-worth.”

Suicide is not something Owain had thought much about until his best friend Siôn took his own life.

He was one of 4,912 people to take their own lives in 2020 and his death is something Team GB cyclist Owain says he will never recover from.

Owain, who won a gold medal at the 2016 Summer Olympics in Rio de Janeiro, says: “Siôn was fantastic.

"I met him when I was three in nursery school and we were best friends our whole lives.

"He was the driving force behind keeping our friendship group together too.

"Despite having a high-powered job in banking, he’d organise nights out and weekends away.

“He had a hectic schedule but would travel to see me compete for Team GB and would always make sure he told me how proud he was.

“He was the type of guy everyone was drawn to. He was interested in everyone and would ask questions.

“If he didn’t see you again for three years, he’d remember to ask you about the house move or promotion you’d talked about.

"He was utterly selfless, always the person to bring everyone up. He was infectious and the best friend I ever had.”

But In May 2020, Owain noticed Siôn had started to withdraw.

Owain says: “He was working in San Francisco at the start of lock-down but missing human interaction. He managed to get back to the UK at the start of May and was living in London with his partner.

"He was always busy but never usually forgot to get back to WhatsApp messages or texts. That dwindled a bit in lockdown. But not for one second did I think he was anywhere near taking his own life.”

Withdrawing is one of the first red flags people need to be aware of, according to Brendan Maher, global director of mental health and suicide prevention at Movember.

He says: “We know strong social connections are an important pro-tective factor against suicide. Meaningful conversations are important.

“However, with men, confidence to do this is low. It can be uncomfortable or awkward.

ACCORDING to the Mental Health Foundation, suicidal feelings might include:

“But checking in with mates or loved ones can make a huge difference. Don’t assume that they don’t want to be bothered or to talk. Just making the phone call can go a long way.”

Owain was on a first date with his girlfriend Ellie when he received a call from another friend explaining what had happened.

He says: “I couldn’t process it. I was in utter disbelief. It didn’t seem possible.

“Siôn was smart, funny, boisterous, charismatic. He had a great job, an amazing family and a girlfriend who adored him. On paper, he had every-thing to live for.

"But that’s the problem with mental health — it doesn’t matter what your life looks like, what matters is how it feels.”

Research by Movember found 42 per cent of men feel more distant from their friends since the pandemic began.

It also found three in five men suffered from a feeling of poor wellbeing. A shocking 29 per cent of those questioned met the World Health Organisation’s criteria for depression.

Since losing their best friend to suicide, Owain and his pals talk far more openly about mental health.

He says: “I realised grief looks different to everyone. Some of us kept busy with tasks and doing admin and helping out Siôn’s family as much as we could.

"Others just needed to grieve. There’s no one 'size' for grief and bereavement by suicide. But we’ve all clung to each other, supported each other and kept an open dialogue about suicide.

“My ego isn’t big enough to think I could have changed the outcome of Siôn’s life.

"But like anyone in this position, you do wonder if you’d done or said something different, might the outcome have changed?

'MOVE TOWARDS THEM, NOT AWAY'

“People can be scared to talk to friends they think might be battling mental health issues because we don’t have the answers and can’t fix things.

"But just talking helps. Just telling people they are not alone can make a difference.”

Movember found 53 per cent of those polled lacked the confidence to speak to a male work colleague, friend or family member about whom they were worried.

Siôn’s parents Delyth and Brendan, and his partner, family and closest friends have set up the Siôn Mullane Foundation, which helps children from underprivileged back-grounds in Wales to fulfil their potential.

Owain says: “Siôn was all about other people. He would talk to anyone and be interested in their lives and their world.

“Isolation can lead to mental health problems and in lockdown we were more isolated than ever. Since losing Siôn I’ve talked more to strangers and people I don’t know.

“Even a chat on the train or in a cafe can change someone’s day for the better.

“We’ll never get Siôn back but if anyone’s reading this and has noticed a friend start to isolate a bit more, or not get back to you, don’t be scared to ask questions. Move towards them, not away.

“All we have left of Siôn is his legacy. But if talking about my best friend helps just one person get help if they’re feeling suicidal, he’d be happy to know he’d made a difference.” 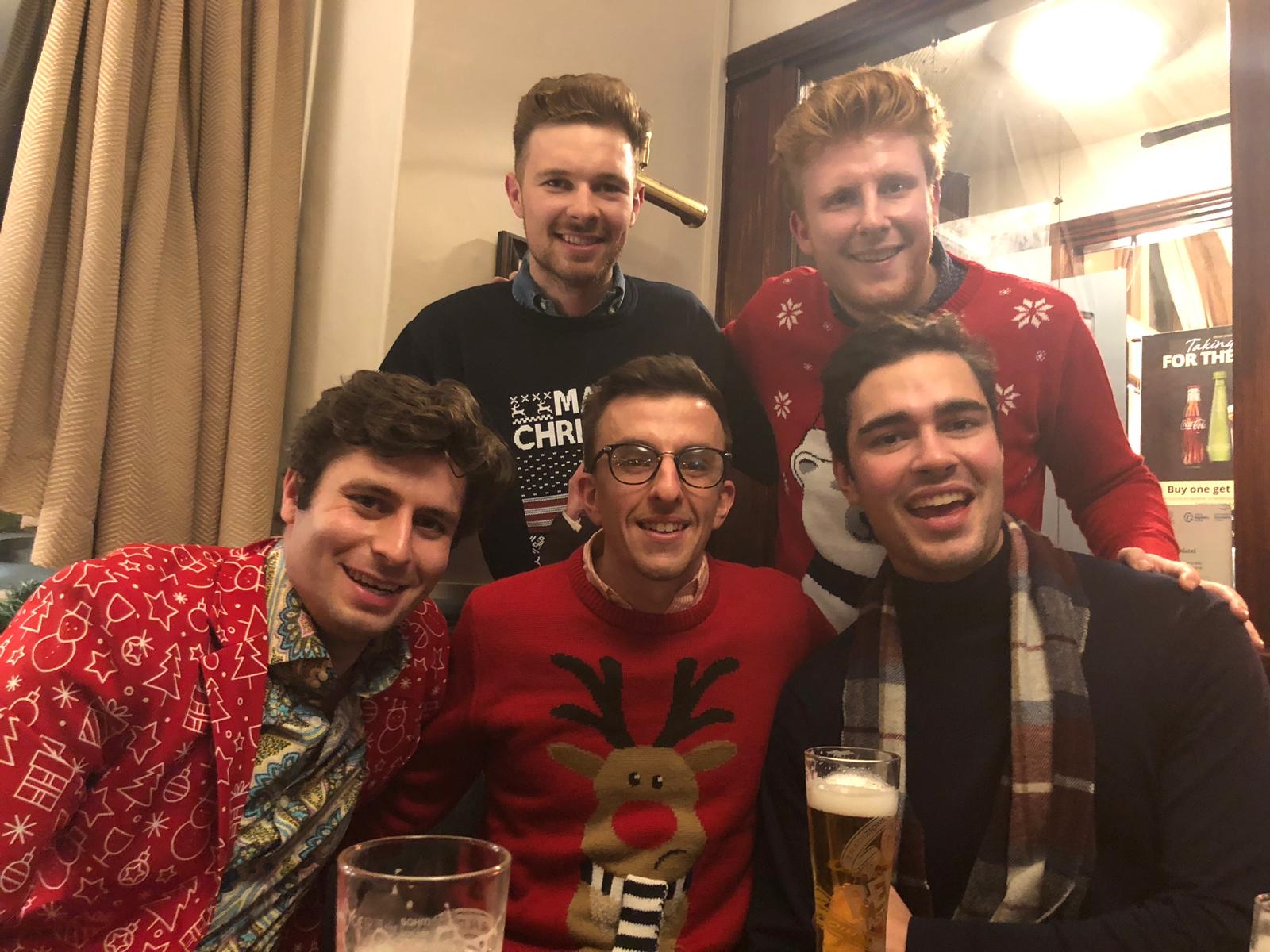 Have a convo and save a bro

HELPING a friend is easy when you know how. Follow these four ALEC steps to let the conversation flow:

START by mentioning anything different you’ve noticed. Is he spending more time at the pub, coming to work late or missing social events? Trust your instinct. ­Remember we often say, “I’m fine”, when we’re not. If you think something is wrong, don’t be afraid to ask twice – and keep asking.

TRY to give him your full attention, without interruptions. Don’t feel you have to ­diagnose problems, offer solutions or give advice. Just let him know you’re all ears and not going to judge.

HELP him to focus on simple things that might improve his wellbeing. Is he getting enough sleep, exercising regularly and eating properly? Suggest he tells other people he trusts how he’s feeling. This will make things easier – for both of you. And if he has felt low for more than a fortnight, suggest he sees his doctor.

SUGGEST you catch up soon for a call or drop him a message. This will show you care. If you are worried that somebody’s life is in immediate danger, go directly to emergency services.

AS well as encouraging men to take care of their mental health, there are five other steps men and women can all take to help stem the men’s health crisis.

Ask relatives about your family history and share that info with your GP.
NHS data shows 12,000 fewer men received a first treatment for prostate cancer from April 2020 to May 2021, due to a drop in referrals.

If you think something might be wrong, don’t be afraid to speak to your doctor or seek a second opinion.

TESTICULAR cancer is the most common form of the disease in young men. But in most cases, if it’s caught early, the outcome is good.

That’s why it’s vital men check their testicles for signs of cancer regularly.
It’s as simple as rolling one testicle at a time between your thumb and forefinger – the shower is a great place to do it.

Overall, prostate cancer is the most common form in men – and a man’s risk increases with age.

If you’re over 50, you should talk to your GP about your risk and whether you need a PSA blood test.

If you’re black or have a family history of prostate cancer, you’re two and a half times more likely to get it and will need to start the conversation at 45.

NOT only does exercise benefit your physical health, it raises self-esteem and boosts your mood.

The NHS recommends doing some physical activity every day, with 150 minutes of exercise a week to reduce the risk of heart disease and stroke.

You can sign up to “move” for Movember to kickstart a new routine and get motivated – the website is below.

Get your Covid jabs

Yet, in the UK the uptake of Covid jabs is lower in men than women.

This winter, the NHS is ­urging everyone to get their Covid jabs – and make sure you get a flu vaccine too.

Experts predict the flu will be worse this year, after lockdowns meant fewer people built up immunity during the pandemic.

If you’re offered both jabs at the same time, it’s safe so jump at the chance. The flu jab is free to certain groups, including those over 50.

SIGNING up to take part in Movember can raise funds for lifesaving research that aims to help men across the world live longer.

You can commit to growing a moustache or maybe take up the ­challenge to complete 60km in November, so host a “Mo-moment” by signing up at uk.movember.com.