It appears that customs confiscated Novak Djokovic’s chill. During the Australian Open, the tennis star flipped out after a bad shot and completely demolished his racket in a fit of rage!

Novak Djokovic was sorting a green shirt during his Australian Open quarterfinal match with Alexander Zverev on Tuesday (Feb. 16), and much like The Incredible Hulk, Novak, 33, unleashed a destructive fury after a shot didn’t go his way. After failing to take a break point in the fifth game of the third set, Novak shouted in frustration before bashing his racket into the court’s floor. After his tantrum, which required a clean-up afterward, Novak walked off the court, tossed the busted racket down, and picked up a replacement. He eventually went on to defeat Zverev – 6(6)-7(8), 6-2, 6-4, 7(8)-6(8) – and secure a spot in the semifinal, facing Aslan Karatsev.

The commentators chalked up Novak’s frustration to a litany of factors, including the abdominal injury he sustained during his third-round win against Taylor Fritz. Novak – who, For The Win points out, has a history of taking his frustration out on the court — struggled in his four-set victory in Milos Raonic in the fourth round and really had to pull it together to put away Zverev in the quarterfinal. “Down to the very last shot, it was anybody’s match,” said Djokovic, after the win.  “A lot of nerves out there, a lot of pressure. Emotionally I feel a little bit drained. It was a great battle. We pushed each other to the limit.” 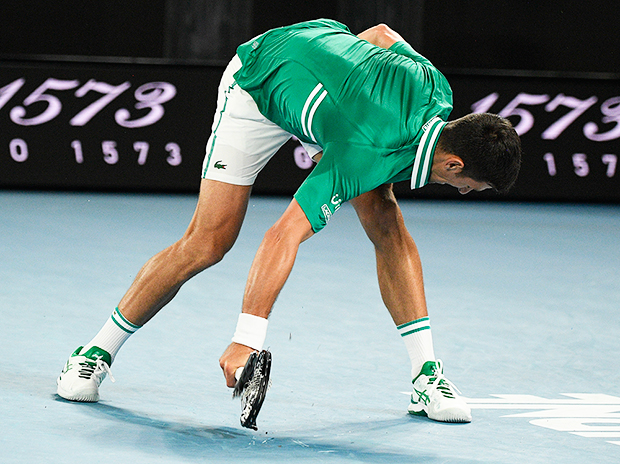 “The positive thing is that I actually felt the best today from the beginning of the second set until the end of the match that I have since the third round against Fritz when the injury happened,” he said, per Yahoo! Sports. “It means that this is going in the right direction, and fingers crossed that in two days, it will stay the same.” Novak is chasing a record ninth Australian Open win, having won the tournament in 2019 and 2020. 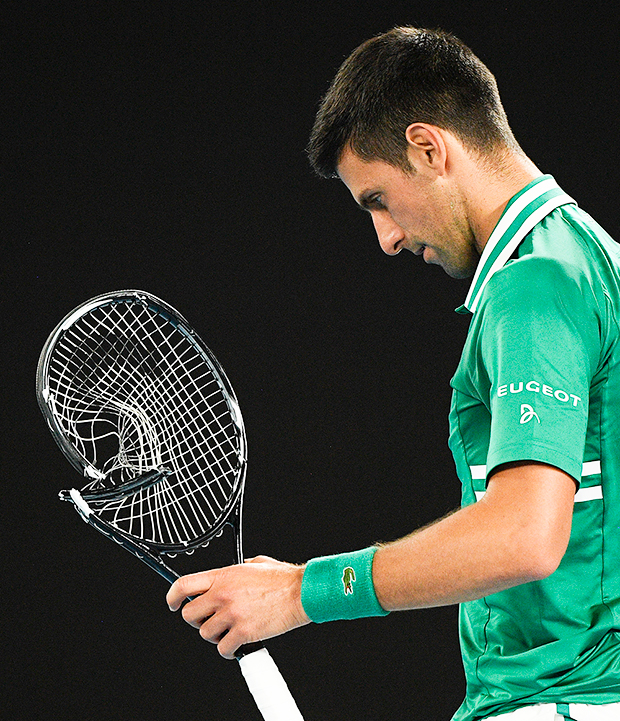 Novak’s tantrum invoked memories of Serena Williams’ frustrations during the 2018 U.S. Open. The woman that many claims is the Greatest Athlete of All Time smashed her rachet following a loss in the fifth game of the second set. This display came after she sparred with an umpire after the official claimed he witnessed coaching from her coach – a code violation, per ABC News – during the second game of the second set. Serena eventually lost the match – and the U.S. Open – to Naomi Osaka. Serena faced a public backlash to her racket smashing, a backlash that has yet to come for Novak.

The 2018 U.S. Open loss continued Serena’s dry spell when it comes to Grand Slam titles, her last being the 2017 Australian Open. She’s currently chasing Grand Slam #24, which would tie her with record-holder Margaret Court. Her next chance will come on Wednesday (Feb. 17.) After defeating the worldwide No. 2 Simona Halep in back-to-back sets, Serena will head to the Semifinals to face…Naomi Osaka.