Parents of Australian citizens will no longer be forced to make a return trip out of the country to receive their visa extensions after the Morrison government decided to extend a temporary concession to them.

Immigration Minister Alex Hawke announced the changes on Thursday afternoon to three visa classes which will mean elderly residents won’t need to travel overseas during the COVID-19 pandemic to get their visa approved. 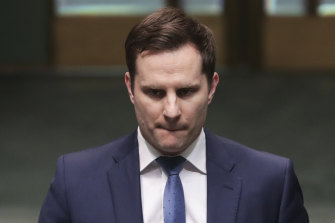 The Sydney Morning Herald and The Age revealed last month that a temporary change aimed at helping the thousands of partners who have been caught up in the bureaucratic tangle would not apply to parent visas.

It said the changes will take effect in the first quarter of 2021.

Mr Hawke said the government was pursuing the changes to allow certain parent visa applicants who have applied for their visa outside Australia to be granted the visa while in Australia during the COVID-19 period.

“This temporary concession would apply to Parent visa subclasses and will allow eligible applicants who are in Australia and unable to travel offshore due to COVID-19 impacts to be granted that visa,” Mr Hawke said.

Contributory parent visas cost $46,300 and require applicants to be overseas at the time their visa is granted.

This has forced parents to go overseas while they awaiting their visa approval, and then undergo 14 days quarantine on their return.

Labor MP Julian Hill, who has been campaigning for the change, said it was “too little, too late and doesn’t go far enough”.

“Hundreds of families have already been forced by the Morrison government to waste their savings and make that risky expensive trip overseas,” he said.

“This change should have been made months ago, yet all the Minister gives is a vague promise that he will do something in a few months.

“And what about the other 30-plus categories of visa applicants who will still be forced to fly overseas and back again in a pandemic?”

The government late last year announced changes to some offshore visas just before Mr Hill introduced a private member’s bill in Federal Parliament that would allow sub-class 309 partner visas to be temporarily granted while applicants were onshore.

The changes are being made in regulation, meaning they do not require new legislation.