Service with a side of attitude! Social media users reveal the rudest notes they’ve received on restaurant receipts – from friends who were branded ‘fat’ to diner given a ‘farting charge’

Aside from a quick check to make sure the figures are correct, many of us don’t pay much attention to the receipt after paying the bill, but the amusing messages left on these slips prove we could be missing very important details.

Why These has rounded up a selection of receipts from around the world that have gone viral on the internet – from comments by stressed waiters to customers disappointed by the service they received.

One US customer left a note for their rude server stating: ‘I’m not pregnant but thanks for the eating for two comment’, while another receipt shows a waiter identified a group of customers as ‘fat girls’. 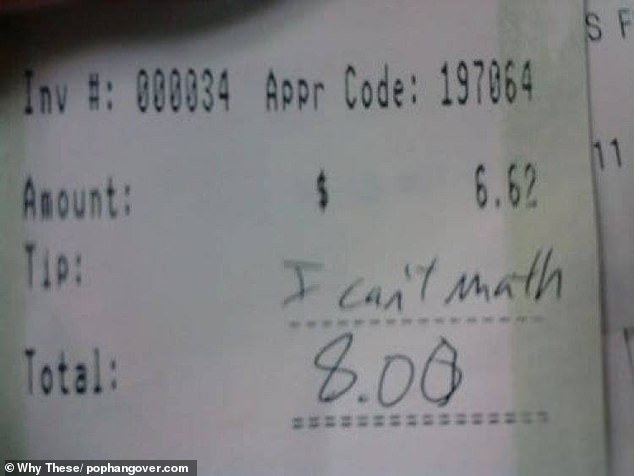 Why These has rounded up a selection of images from around the world that have gone viral because of the notes left behind, including a customer in the U.S, who claimed they didn’t tip because they can’t do math 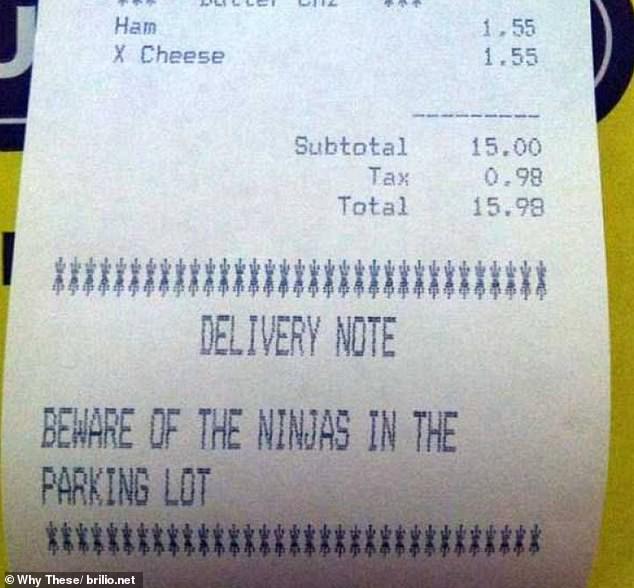 Call the police! A customer, whose location is unknown, was left terrified after receiving a warning about ninjas on their receipt 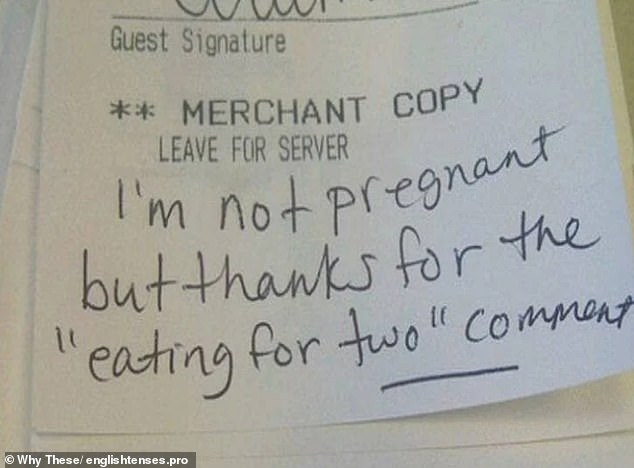 Pregnant pause: One woman waited until her waiter came to collect the bill to correct them about their assumption that she’s expecting 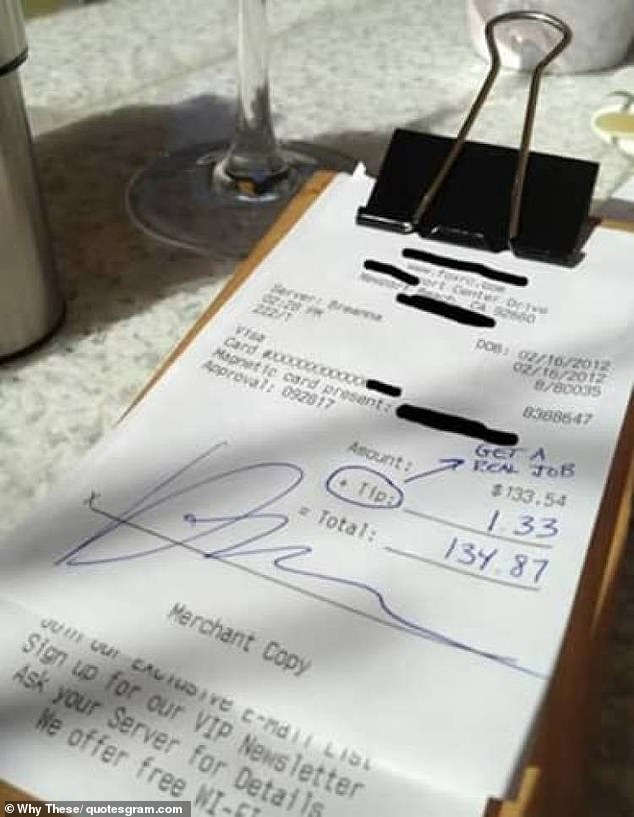 Free advice: Another individual, who lives in the US, penned a message telling their waiter to get ‘a real job’ and left behind a very small tip of $1.33 on a bill for more than $133 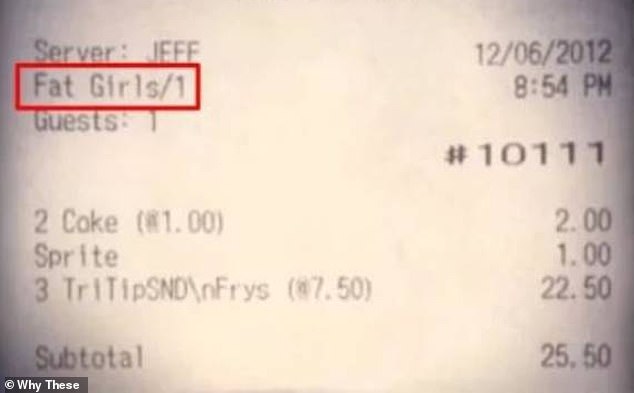 A side of body shaming! A customer dining in California, was left speechless after noticing their waiter had identified them as ‘fat girls’ 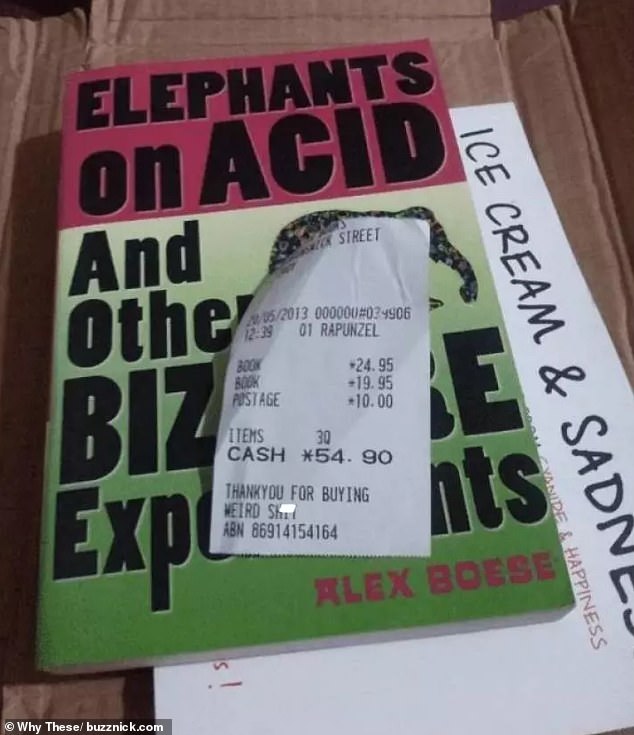 A real-life fairytale! A UK bookshop customer got a note thanking them for buying ‘weird s***’ after purchasing a book about strange experiments, and they were apparently served by Rapunzel too 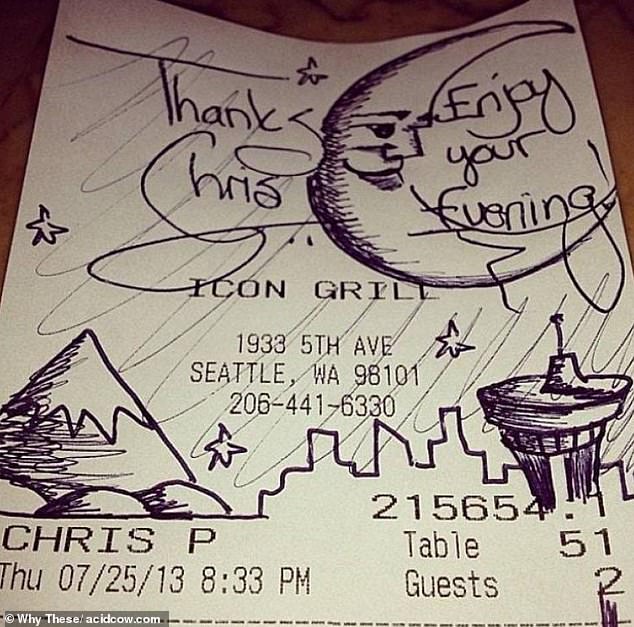 Work of art: Another customer from Seattle decided to get creative while waiting for their waiter to collect the bill 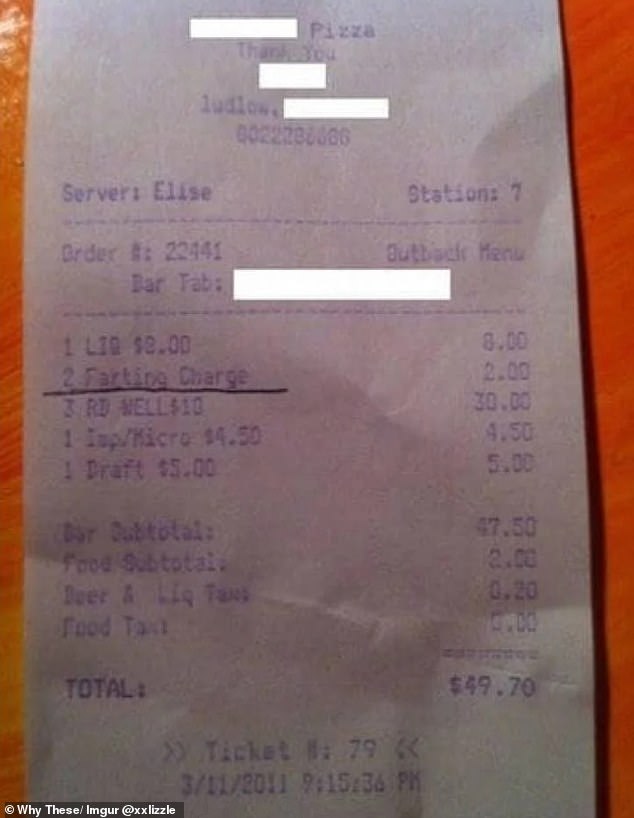 One customer, who lives in the US, spotted an additional charge on their receipt after being accused of breaking wind 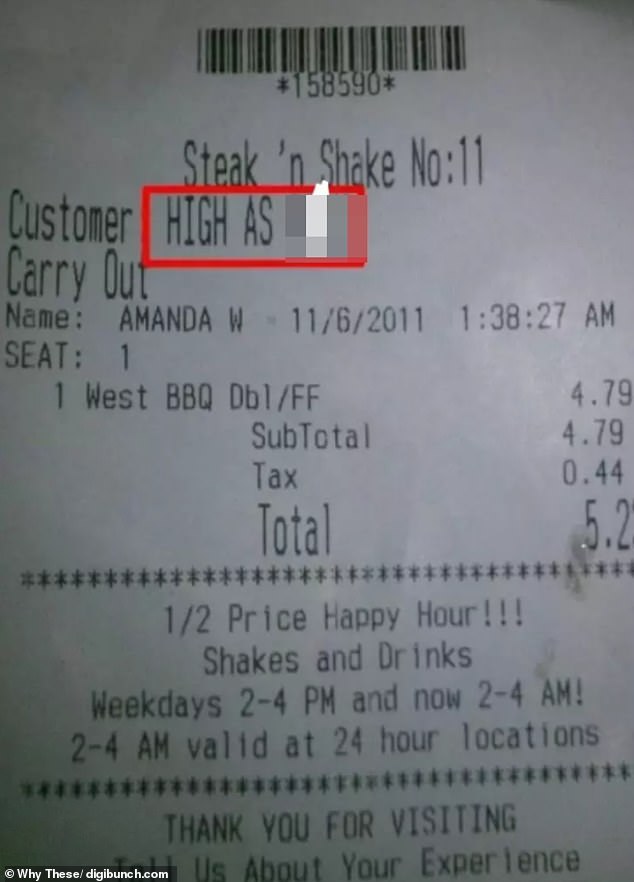 Another customer, from an unknown location, spotted that their waiter had referred to them as ‘high as f***’ on their receipt