Baritone Leigh Melrose knew the idea of a British singer playing that most iconic of Australian artists, Brett Whiteley, would attract plenty of scrutiny – but even he didn’t expect it almost to get him ejected from a cab. 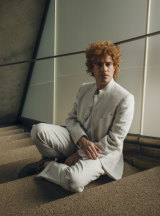 "The taxi driver asked what I was doing here and I told him I was playing Brett,” says Melrose. “And he said, ‘Right! Out!’ and he actually stopped the car.”

Eventually, the pranking cabbie relented but not before enjoining Melrose to “just do a good job” when he debuts the role next week in the new opera, Whiteley.

The work of another much-loved Australian artist, composer Elena Kats-Chernin, the opera celebrates Whiteley’s brilliance while tackling the darker side of the artist’s troubled life.

Melrose knew little about either Kats-Chernin or Brett Whiteley when he was first approached to sing the part but after a little background research quickly became enthusiastic about the project.

“It was like, 'Hell, yeah! Where do I sign?'” he says. “I think Brett is a very human character. He never shied away from his perceived failings. It is a sex, drugs and rock ’n’ roll story with a lot of serious stuff thrown in. There's tragedy in there and that is interesting and operatic."

Late last year, Melrose visited Australia for the first time to take part in ten days of workshops with Kats-Chernin.

"I got to know her and she got to know me and she rewrote a lot of the material for me,” he says. “It's sort of couture opera."

Melrose has built a formidable reputation as a contemporary opera specialist since his debut more than 20 years ago. His ability to master the often complex melodic lines from modern works is a particular asset.

"I memorise quite quickly so that helps, although a lot of it is just sheer bloody stubbornness on my part,” he says. “People send you a score and you look at it to begin with and think, 'Where do you start?' But you start page one, bar one at the piano and bang it into your head." 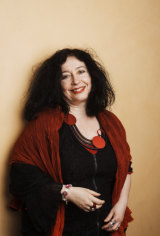 And for opera-goers who sometimes struggle with contemporary work, Melrose says the tune is always there somewhere even if it’s not immediately apparent.

"There has to be a line through contemporary music otherwise it’s just people shouting and clucking at you without much sense," he says. "At times, the music is perhaps hard to extract but its always there somewhere. There is a melody even if it's unusual."

And, as if pressure from art-loving cabbies is not enough, Melrose is also acutely aware of the keen interest being taken in the project by Whiteley’s widow, Wendy.

"It's an added element,” he says. “Having Wendy around is an incentive to get it right!”

Whiteley opens at the Sydney Opera House on Monday, July 15.