Princess Anne, 70, seemed to step into her father Prince Philip’s shoes on Thursday (October 29) with an important royal visit to a naval facility. The Duke of Edinburgh gave up his budding naval career when he joined the Royal Family but maintained strong ties with the military branch nonetheless.

The Princess Royal is often compared to her father Philip, 99, as they both share the same no-nonsense approach to royal duty.

On Thursday, Anne honoured Philip’s naval links with a visit to The National Museum of the Royal Navy.

Anne is the Chief Commandant of the Women’s Royal Navy and visited the museum to see a new exhibition.

Tweeting about the trip, the Royal Family’s official account wrote: “The Princess Royal, Chief Commandant for Women @RoyalNavy, then visited @NatMuseumRN to see the museum’s new ‘Diving Deep’ exhibition, which tells the story of the sinking of HMS Invincible in the eighteenth century and the excavation that followed nearly 200 years later Anchor.” 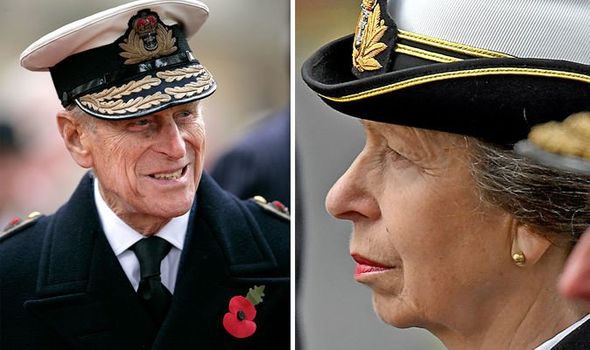 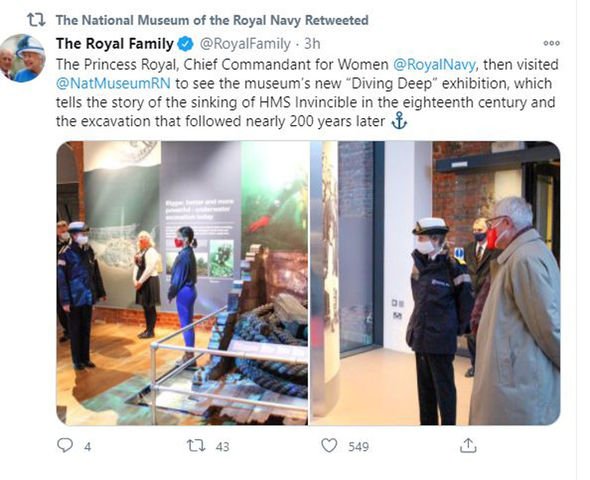 The tweet included two photos of Anne at the museum in which, according to an expert, she appeared to channel her father’s energy.

Body language analyst and author Judi James told Express.co.uk: “For the naval visit, Anne was in full uniform in her role as Chief Commandant for women and had adopted the kind of high-status body language appropriate for a visiting officer.

“She clearly took this tour seriously and, with her hands clasped behind her back, in the signature style of her father.

“She looked very much as though she was giving the personnel she was meeting a very detailed and informed grilling.” 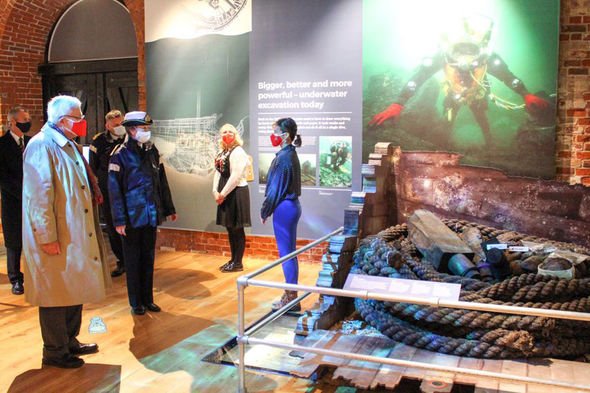 Ahead of visiting the museum on Thursday, Anne made a less formal visit to an inner-city farm in Southampton.

During a tour of Oasis Southampton City Farm, Anne wore a silk headscarf, one of the Queen’s signature styles and carried an umbrella to protect her from the drizzle.

A royal tweet about Anne’s visit to the farm read: “Yesterday The Princess Royal visited the Oasis Southampton City Farm, which offers a wide range of activities to the whole community, including adults and children with learning disabilities.

“HRH met volunteers and staff, as well as the farm’s sheep and chickens.”

While Anne may have channelled her mother’s fashion choices, her body language was still very much like her father, Judi claimed.

The expert said: “It was two different royal visits and two very different looks for the Princess yesterday as she switched both outfits and body language between trips to a farm and a naval museum.

“Dressed for the farm in a blended look that combined practical tweed and Wellingtons with a rather exotic purple head-scarf, Anne maintained a firm clutch on her brolly and her shoulder-bag as though preparing to be blown about in the heavy winds.

“Like her father, though, Anne wore the kind of asymmetric smile and eye-wrinkles that suggested she was finding some fun in the outing.

“It was probably the smile on the face of the host from the farm that told the strongest body language story here, implying he and the princess had been sharing some jokes on the tour around the animals.” 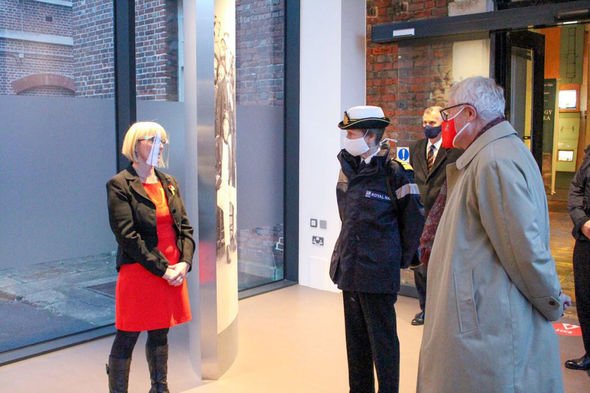 Anne turned 70 on August 15 but had to delay plans for her birthday celebrations due to the pandemic.

The Princess Royal lives in Gloucestershire at Gatcombe Park house near to her two children Zara Tindall, 39, and Peter Phillips, 42, who both live on the Gatcombe Park Estate.

If the rule of six remains in place at Christmas, Anne may have to make a difficult choice about which family members to invite to lunch.

Anne and her husband Timothy Laurence will only be able to host four people at a time and Zara and Peter both have two children.

Anne may have to ask Peter and Zara to visit her one at a time with their families.