For those that don’t know, Dedivanovic, 38, is the mastermind behind Kim Kardashian‘s signature glam. Having started working with the reality star, 41, in 2008, the beauty guru is responsible for Kardashian’s sculpted and bronzed beat.

“We’re such big supporters of each other,” he tells Us Weekly exclusively. “I think it’s been almost 15 years now. We literally test and try whatever we’re working on with each other. I’ll test and try her stuff. I give her my stuff.”

Though a force together, both the New York native and the Kardashians star have launched successful makeup brands. Kardashian launched her latest venture, SKKN by Kim, in June and Dedivanovic added two products — The Skin Enhancer and The Skin Perfector — to his line, Makeup by Mario, in May. He launched the namesake label in 2020.

“We give each other really honest feedback. We’re such lovers of makeup and glam. So, our [businesses] are like this new aspect to our relationship. I helped her a lot with KKW Beauty in the very beginning and now that I have my line, we’re both just doing it. It’s such a fun process working together. When I see stuff that comes in from the labs that’s not authentic to me, but I think is really authentic to her, I’ll bring it to her team, and she’ll do the same thing.”

Most recently, Dedivanovic created Kardashian’s glam for her 2022 Sports Illustrated Swimsuit cover and the dramatic looks she debuted for sister Kourtney Kardashian‘s wedding in Portofino, Italy in May.

“She had this hair that I love. I love when her hair is up. It’s just so beautiful. I was thinking Italian Dolce Vita for [inspiration]. She had all these Dolce & Gabbana stunning outfits, so we did signature Mario elements with lashes and lip liner,” Dedivanovic said. “We kept everything monochromatic. It was also super hot, so we simplified a lot … same with her Sports Illustrated glam in the Dominican Republic.”

He continued: “I wanted her skin to be extremely radiant and natural and bronze. Absolutely no lashes, no heavy lip liner, no heavy contour — not even eyeshadow. We kept it as natural as possible for SI. I used my Skin Enhancer on her, her new SKKN moisturizer, which foundation sits so beautifully over, and that was pretty much it.” 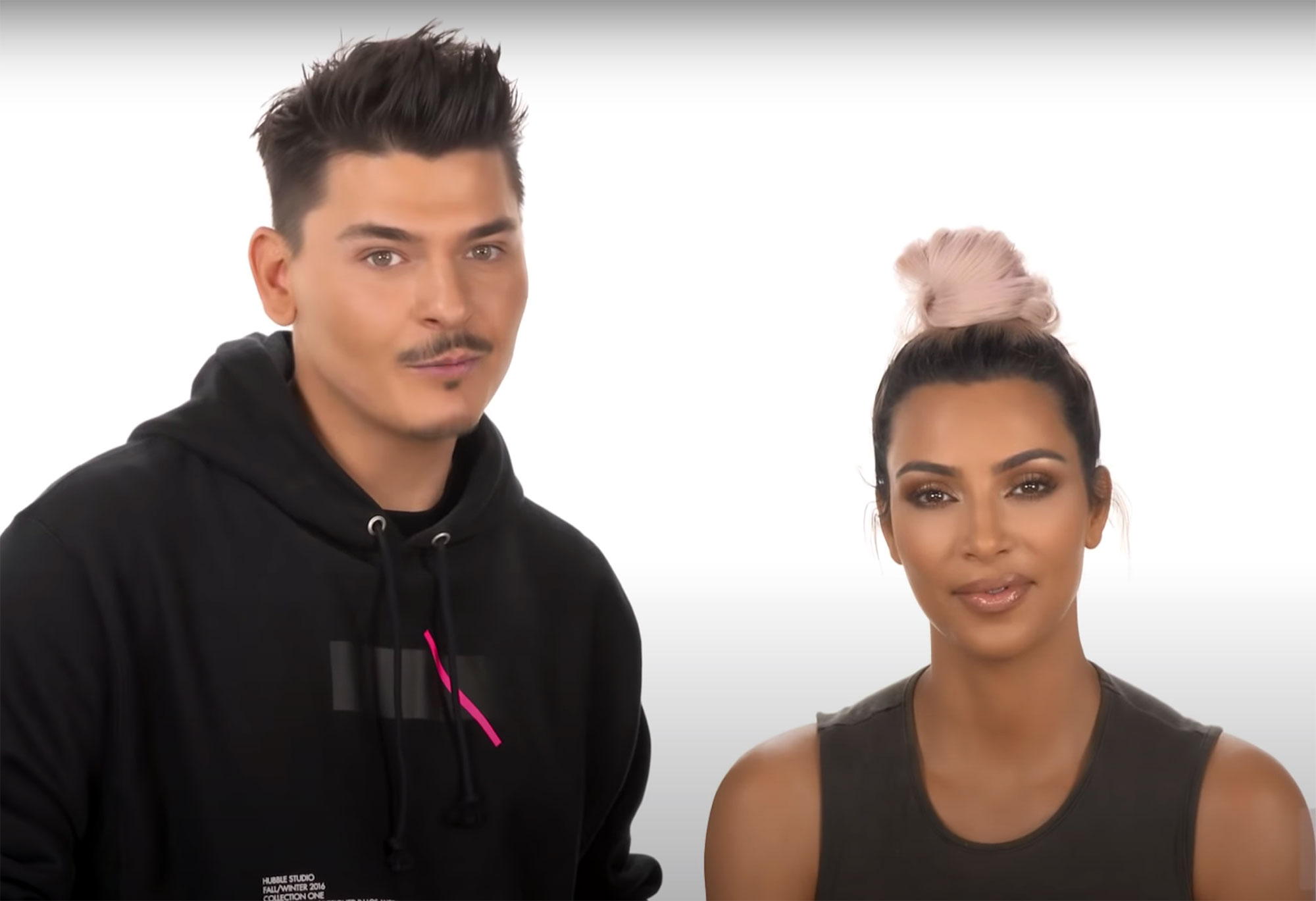 Despite working in the industry for over 20 years, Dedivanovic shared he’s “forever evolving” and “constantly learning.”

“I’m an extremely curious person and artist,” he told Us, adding that he’s even modernized his artistry after launching Makeup by Mario. “I really started to see a whole other side of artistry. I sit and I try everything on myself. My goal is to always shorten the process. How do I make it easier for the person at home?”

About Last Night: See the Best Dressed Stars on the Red Carpet and Beyond

Dedivanovic’s dream of simplicity is realized through his Skin Enhancer, which is a 3-in-1 tinted complexion balm that warms and nourishes with sheer coverage to even out skin tone. “It works really well with a brush. It’s pretty lightweight, which makes it easy to apply its sheer, thin layer. I apply the enhancer around the perimeter of the face. Then, I just take a little bit of foundation towards the center of the face, because we don’t really need that much around our hairline.”

Like Dedivanovic’s own technique, the beauty lover shared that he believes certain makeup trends and fads should also evolve and be cut down.

“I’ve been seeing a lot of heavy, heavy lash extensions,” he said. “I think proportionately speaking, in terms of balancing the face, a heavy lash weighs down the eye quite a bit. You really want lashes to open your eyes. You want them to lift the eye. However, once you go too heavy, it can make the eye look smaller and brings the corners downward, which is what you want to avoid.”

He added: “You always want a beautiful lift to the face and eyes in general.”