Making her mark! Lola Consuelos, the only daughter of Kelly Ripa and Mark Consuelos, is ready to step into the spotlight — and her parents couldn’t be prouder.

Kelly Ripa and Mark Consuelos’ Funniest Quotes About Their Kids

“@theyoungestyung 6 DAYS UNTIL LOLA’S FIRST SINGLE IS OUT ❤️,” the Live With Kelly and Ryan cohost, 51, captioned a Wednesday, August 3, Instagram Story post of Lola, 21, alongside a TikTok link.

Hours earlier, Lola posted a sneak peek of her new song on the social media platform alongside the caption: “PARANOIA SILVERLINING OUT 8/9/22❤️.”

As the New York University student crooned eight seconds of the track, viewers saw her walk along the beach at sunset. Lola added, “New Music,” “Splash Summer Vibe” “Silver Lining” and “Paranoia” hashtags to her post.

A Timeline of Kelly Ripa and Mark Consuelos’ Relationship

The budding musician’s dad was equally proud of his little girl. “First single out in 6 DAYS!!! 8/9/22,” the 51-year-old Riverdale alum wrote via his Instagram Story on Wednesday, also sharing the TikTok link.

Ripa and the Kingdom alum — who met on the set of All My Children in 1995 — went on to wed in May 1996 before welcoming sons Michael, 25, and Joaquin, 19, and daughter Lola. The married couple have since frequently doted on their now-grown children.

“College is where you start establishing yourself as an independent person, so when you send your kid goes off to college and your kid stays local … if she feels homesick, I have to say to her, ‘You can’t come home. You have to work it out,’” Ripa previously told her talk show cohost, Ryan Seacrest, of Lola’s collegiate plans during a September 2019 appearance on his “On Air With Ryan Seacrest” radio show. “I treat it [like long-distance]. I did the same thing for [Michael]. ‘You’re going to have to figure it out.’ My main concern was, ‘I don’t know if you should be this close to home because I don’t want you using home like it’s your home. I want this to be your experience.’” 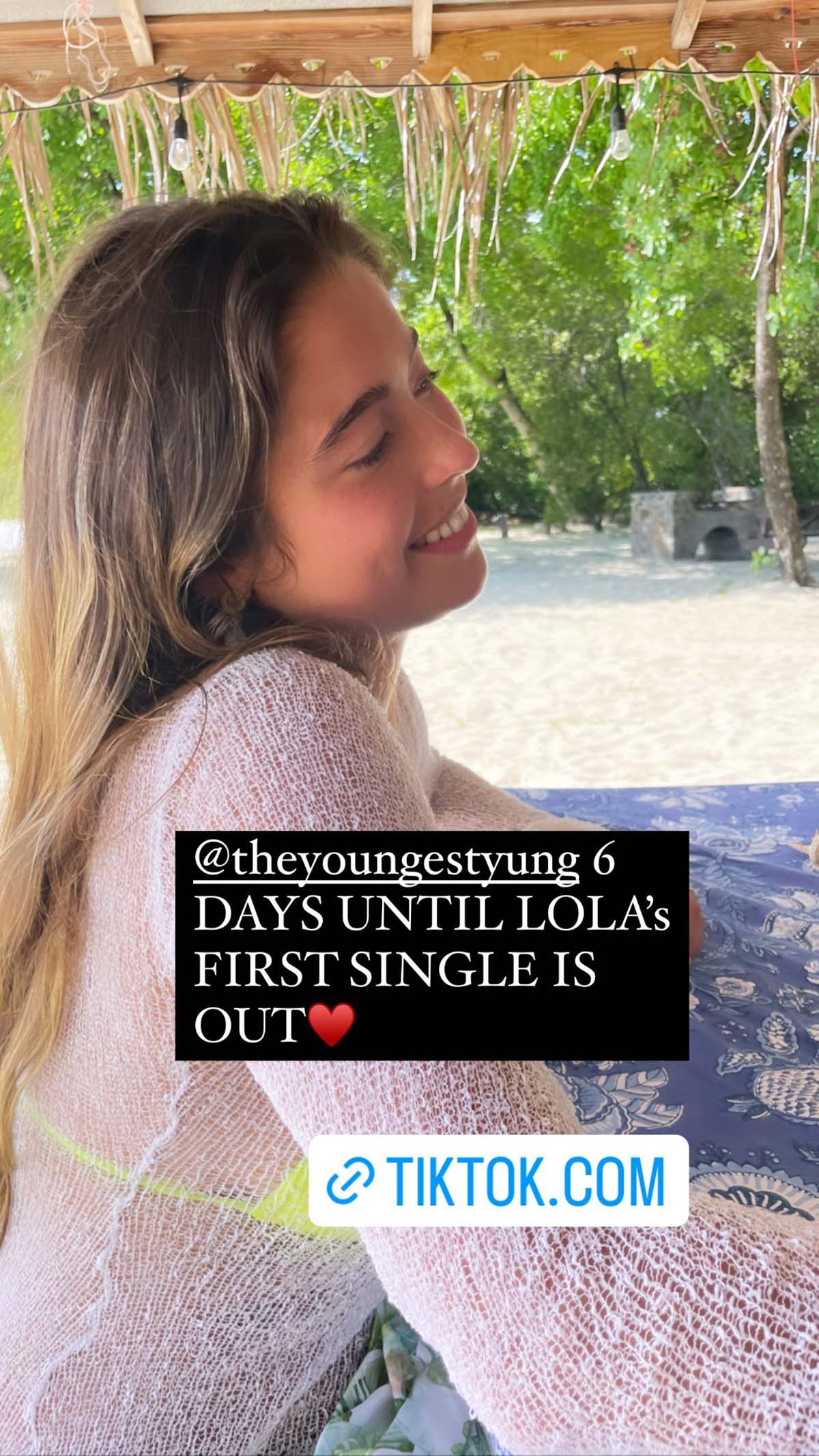 Lola followed in her older brother’s footsteps, choosing to matriculate at NYU. While Michael studied film (and graduated in 2020 amid the coronavirus pandemic), Lola chose to follow her musical passions in terms of her own academic curriculum. Ripa and Consuelos’ youngest son, Joaquin, for his part, is currently studying at the University of Michigan.

“I will say the best part is there’s no laundry in our house,” the Generation Gap host joked to Entertainment Tonight in September 2021 about having an “empty nest” at home. “There’s no dishes. There’s like, nothing! Nothing! There’s nothing.”

She added at the time: “We blinked, unfortunately, and now they are grown adults. … I think that’s really the worst part is that we didn’t slow down in real time to appreciate that aspect of them when they were small, because we were so busy protecting them and making sure they were turning into good people and getting things done on time.”