Cancelled Sandringham Christmas could be a ‘watershed’ moment that prompts Prince William to celebrate with the Middletons instead of ‘carrying on with tradition’ in future, royal expert claims

The Queen’s cancellation of the annual Sandringham gathering at Christmas could be a ‘watershed moment’ for the Royal Family, an expert has claimed.

Her Majesty, 94, and Prince Philip, 99, traditionally spend the festive season with close family on their Norfolk estate.

It was announced last week that this year they will forgo the festivities and remain at Windsor Castle, where they have been isolating with a ‘bubble’ of staff since October due to the ongoing pandemic.

During their whirlwind UK tour this week, Prince William, 38, admitted he and wife Kate Middleton, 38, are still struggling over their festive plans. 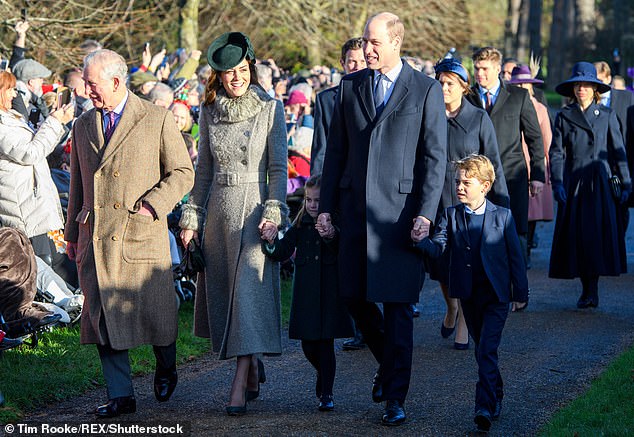 The Queen’s cancellation of the annual Sandringham gathering at Christmas could be a ‘watershed moment’ for the Royal Family, an expert has claimed. Pictured: the Cambridges and Prince Charles during the walkabout last year 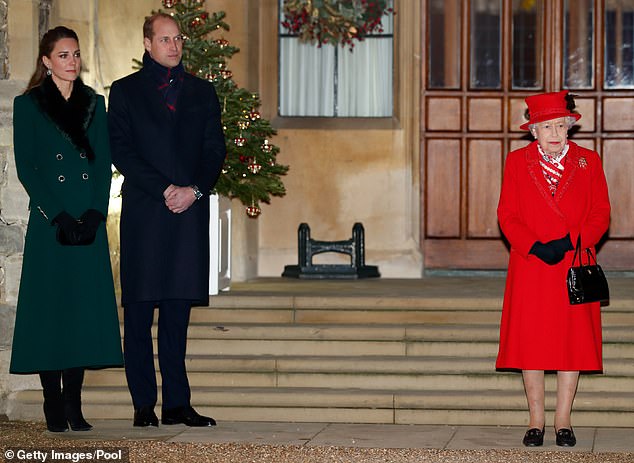 During their whirlwind UK tour this week, Prince William, 38, admitted he and wife Kate Middleton, 38, are still struggling over their festive plans since the Queen cancelled Sandringham. Pictured together at an event to thank local volunteers and key workers from organisations and charities in Berkshire

Reflecting on how Covid-19 has affected the Firm’s Christmas celebrations, the royal expert and biographer said: ‘This could be a watershed moment for them.

‘The Cambridges, who have got young kids, they want to spend [Christmas] with their grandmother, the Middleton family as well.

‘I don’t think they want to do all the formalities. I can’t actually see the Duke [of Cambridge] continuing with the [annual] shoot.’

This week William told students in Cardiff that he and Kate still don’t know who to spend the festive season with. 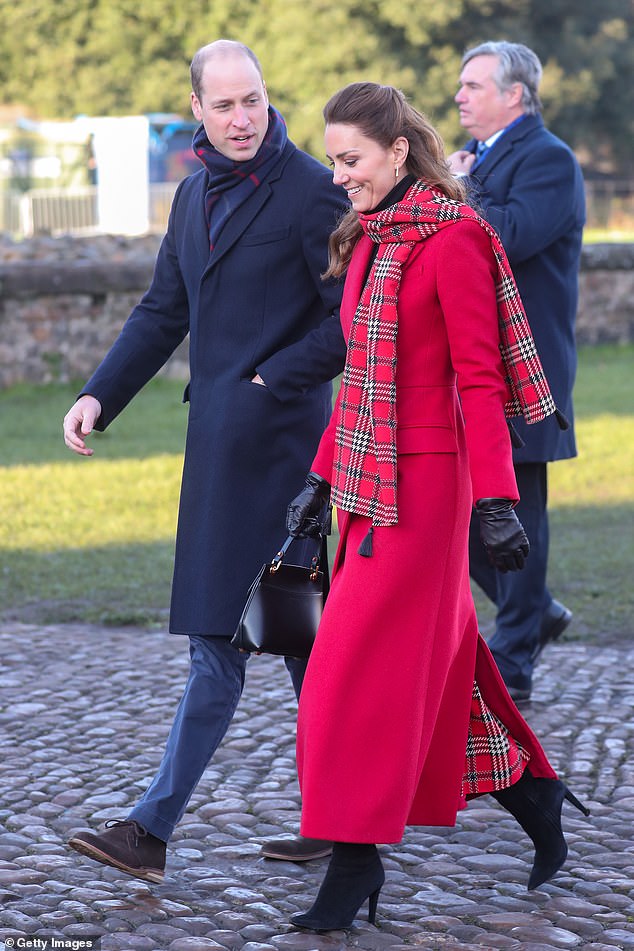 ‘It is so difficult, we are still trying to make plans,’ William said. ‘It’s difficult to know what to do for the best.’

Lily Faulkner, 21, a second year Politics and International Studies student at Cardiff University said after her chat with the Cambridges: ‘They were trying like the rest of us to make Christmas plans with their family and still weren’t 100 per cent sure of what they were going to do or where they were going to be.’

Where will the royal family spend Christmas?

Charles and Camilla: Understood to be spending it alone at their home of Highgrove but will see Queen and Phillip ‘at some point’ during the holidays.

They will also see Camilla’s children Tom Parker Bowles and Laura Lopes at some point.

Prince William and Kate Middleton: Could spend Christmas at Anmer Hall, Norfolk or  with the Middletons in Berkshire.

The Wessexes: Prince Edward and Sophie are likely to spend Christmas at their home of Bagshot Park in Surrey.

The Yorks: Prince Andrew and Sarah Ferguson are likely to spend Christmas with Princess Eugenie and Princess Beatrice, as well as their husbands Jack Brooksbank and Edo Mapelli Mozzi. They may spend Christmas at the Royal Lodge in Windsor.

Princess Anne: The Princess Royal may spend Christmas with her children Zara Tindall, who is expecting her third child, and Peter Philips and their families on their estate of Gatcombe.

Prince Harry and Meghan Markle: The Sussexes are spending Christmas in California.

Prince William and Kate and their three children Prince George, seven, Princess Charlotte, five, and Prince Louis, two, are most likely to spend Christmas at Anmer Hall, Norfolk or with the Duchess’ parents, Carole and Michael Middleton, in Berkshire for the first time since 2012.

Last year the Cambridges joined the Queen at Sandringham for Christmas and took part in the walkabout to meet royal fans – though Prince Louis was absent.

Vanity Fair’s Katie Nicholl reported: ‘The Queen has said that this is the year for her family to enjoy Christmases with other family members and not feel torn, as they often do, when a royal Christmas takes priority.’

It is understood the Queen and the Duke of Edinburgh will not take advantage of the relaxed Covid restrictions to form a Christmas bubble with other households.

It means the couple face spending Christmas Day without any of their four children for the first time since 1949, when the then Princess Elizabeth left a one-year-old Charles in the UK so she could be with Prince Philip in Malta.

Earlier this month Kate’s mother Carole hinted at her royal grandchildren’s excitement over a visit from Santa Claus.

She said the children in her family ‘get sweetly excited by the idea that Father Christmas is coming, and really want to give him something’.

Carole shared the insight on Instagram with followers of her celebration company Party Pieces, penning: ‘If you’re planning a virtual Christmas, cousins in different households might enjoy organising their goodies for Santa together over a video call.’

Sharing a picture of some Christmas products from the brand, Carole said: ‘Christmas Eve has always been a special occasion for my family.’

Last month, Carole revealed she will decorate her Christmas tree over Zoom with her four grandchildren this year in a break from their usual tradition.

The Royal Beat is available to watch on True Royalty TV.